Yeasayer played through its own technical issues as Midtown went dark.... 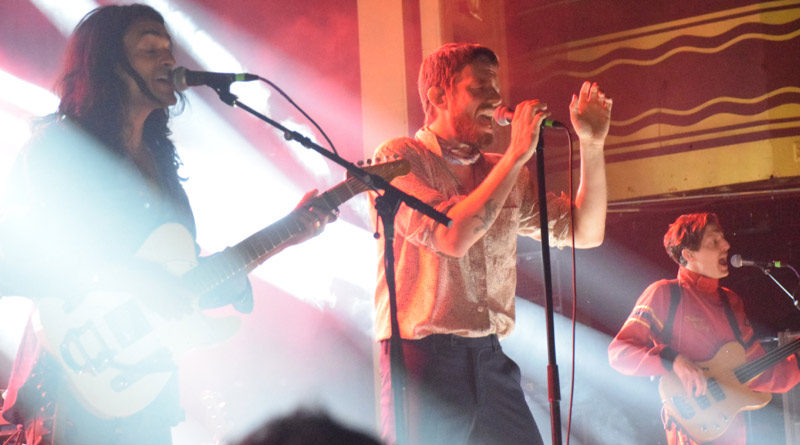 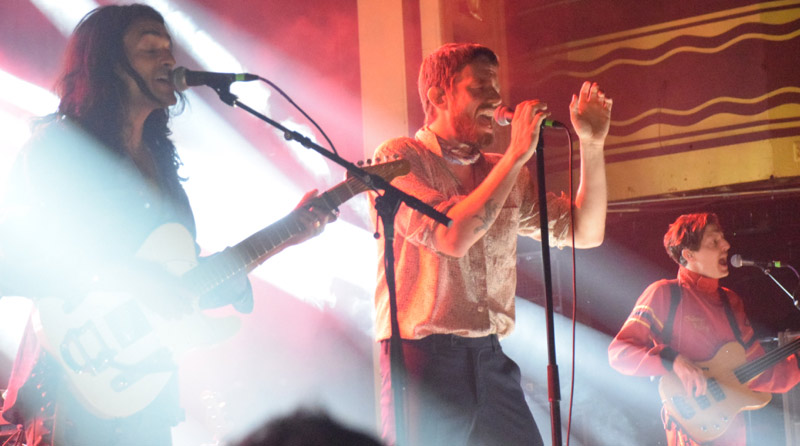 On Saturday, July 13th, Midtown New York City went dark due to a manhole explosion, throwing much into chaos, including trapping people on the subway system and even elevators (ironically/ominously, it was the same date as the much larger 1977 power outage, but no looting this time, because this ain’t CBGB’s-era Big Apple…). Those who could make it downtown caught the final night of Yeasayer’s month-long tour at Webster Hall (QRO venue review) – including its own, much more enjoyable technical errors. 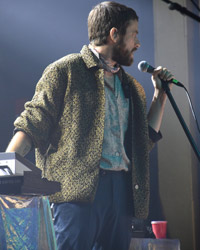 Interestingly, the band didn’t start with the new stuff like most acts do on their tour of the album, but instead waited until third on the set list for Reruns’ “Ohm Death”, acknowledged that it was a new song, and said next was an old song, which was All’s “2080”. Thankfully the calendar hasn’t caught up with that date (no Prince’s “1999”), and it still sounds like it’s from a future yet to happen. But then came two new pieces, a great “24-Hour Hateful Live!” and “Let Me Listen In On You”, in which singer Chris Keating’s synthesizer broke at the start, requiring a fix. 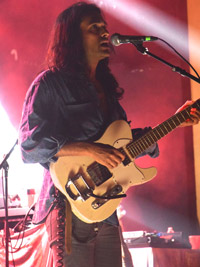 And that wasn’t the only time the synth would falter. Maybe because it was the last night on the tour, maybe in sympathy with its electronic brethren to the north, after “Tightrope” (Yeasayer’s contribution to the excellent Dark Was the Night compilation – QRO review), the synthesizer went down entirely. When Keating and guitarist Anand Wilder’s (QRO interview) poking didn’t seem to do anything, out came the big guns, their roadie Ken, who pulled off the fix. Yeasayer took a time out to praise Ken [QRO doesn’t know his full name – not even 100% sure his first name is “Ken”], citing how he has worked at venues across the city, did “behind the scenes magic,” that without him the show/tour couldn’t happen, “Because we don’t know what we’re doing.” Then Wilder joke-threatened Ken with firing if the synth didn’t work on the next song, “You’ll never work in this town again!” Thankfully, everything was a go for maybe the most upbeat rendition of All’s upbeat “Sunrise” ever. 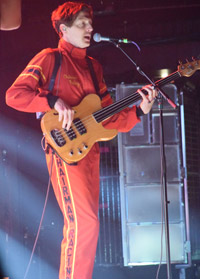 Jennifer Lopez and Broadway might have had to cancel on Saturday night, and Mayor Bill De Blasio might have gotten flak for being in Iowa on his no-one-asked-for Presidential campaign, speaking to less people than an MTA subway car (“New York is as electric as a De Blasio campaign stop,” someone said on Twitter), but Yeasayer delivered through it all. 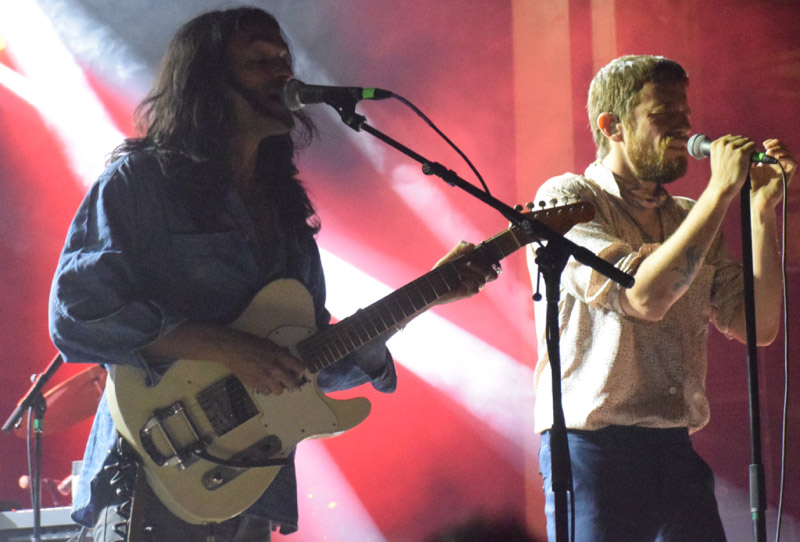