<img src="http://www.qromag.com/wp-content/uploads/2012/08/yeasayerfragrantworld.jpg" alt="Yeasayer : Fragrant World" /><br /> Yeasayer, arguably one of the most popular postmodern bands around, has produced a highly listenable and groovy third studio album. ... 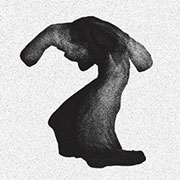 Yeasayer, arguably one of the most popular postmodern bands around, has produced a highly listenable and groovy third studio album.  Though not quite reaching the extraordinary feat that was their second album, 2010’s Odd Blood (QRO review), Fragrant World is laudable for its whole, cohesive electro sound.  On Odd Blood every track was just so damn listenable; now, the New York trio have pushed for a larger feel that endures from beginning to end.

In an age where electro has saturated our speakers and playlists, bombarding us with predictable beats and melodic motifs, Yeasayer walk an invigorating line between the electronic and the acoustic, taking from the best of both worlds.  With no peaks or noticeable tracks for single release, the album begs for the listener’s patience, somewhat similarly to Beck’s The Information (QRO review).  This is what is so refreshing about Yeasayer: they don’t treat their fans like idiots; they experiment with, or manipulate, styles so as to maintain their own interest and keep followers emotionally invested.  In that sense, they are true artists, pushing the boundaries of established musical conventions.

Tracks such as "Fingers Never Bleed", the stunning "Henrietta", "Reagan’s Skeleton", and "Demon Road" stand out for the aforementioned qualities.  Importantly, the band, despite moving forward, still harks back to past decades.  On this particular record, there is a strong tie to Daft Punk, ‘80s bass lines and grooves, and even melodic patterns reminiscent of Kraftwerk, as on "Damaged Goods".  This unpredictable band has managed to put together another impressive addition to their catalogue, a commendable achievement considering the limelight of an immensely successful previous release.