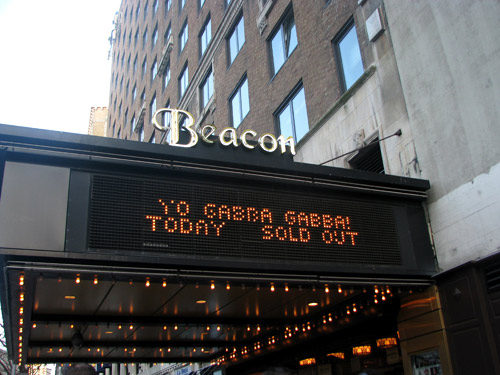 On Saturday, November 21st, Yo Gabba Gabba! took New York’s Beacon Theatre by confetti-storm, leaving the audiences of three back-to-back sold out shows in a state of sensory overload as they celebrated the release of all-star compilation Yo Gabba Gabba! Music Is Awesome!.

Surprised by the vivid color of the whole production, the experience could be comparable to seeing The Wizard of Oz in Technicolor for the first time.  Balloon drops, bubbles, and confetti – oh my!

The performers encouraged the wide-eyed, static-y haired audience members to participate by shaking the sillies out, and dancing in general, even though most remained seated.  A few lucky audience members from the front got to beat-box with Biz Markie, and everyone was invited to do ‘The Peanut Butter Stomp’ with DMC from their seats.  Surprised and excited parents showed enthusiasm for the human special guests, while the youngsters gave it up for chicken, cheese and a juice box during "Party In My Tummy".

If the feeling of waking up on Christmas morning and getting everything you wanted under the tree had a sound, it would sound like the crowd at a Yo Gabba Gabba! show.  Everyone left the performance wearing a smile and their own pair of paper DJ Lance glasses. 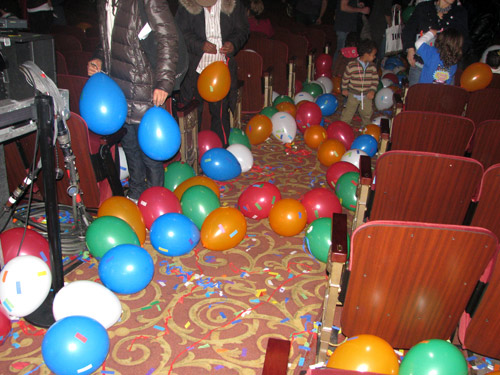