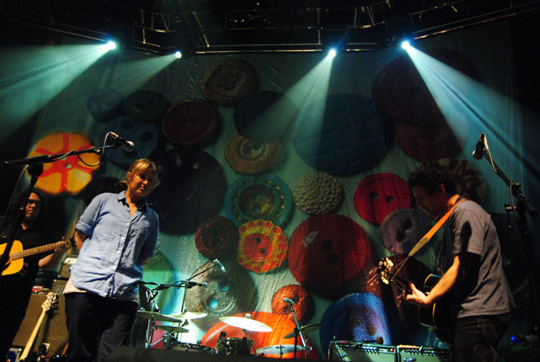 Click here for photos of Yo La Tengo at CMJ 2009 in New York, NY in the QRO Concert Photo Gallery

Click here for photos of Yo La Tengo at the last McCarren Park Pool Party in Brooklyn, NY on August 28th, 2008 in the QRO Concert Photo Gallery

You might think it’s hard to know exactly what to expect from a Yo La Tengo gig, but in a way you should know exactly what to expect.  One expects bouts of intense raging feedback from Ira Kaplan’s guitar, interspersed with some lighter numbers, and something in-between; pretty much what you can hear on record.  What you didn’t expect on Sunday, November 8th at the London Roundhouse was the band to launch straight into not just one, but two slow burner epics in “My Heart’s Reflection” and “More Stars Than There Are In Heaven”, which lies on the final stretch of latest long (and let’s be honest, they are always long) player, Popular Songs (QRO review).  In fact, the new album was surprisingly played almost in its entirety, but with a set spanning almost two hours, they definitely had the time.

Admittedly, this may all be par for the course for the Hoboken trio, as the fairly diverse and clearly dedicated crowd stood unflinchingly in admiration at the equally diverse range of styles on show, regardless of whether it was the frequent instrument abuse (but what glorious abuse!) or the loving vocal turns from both drummer Georgia Hubley and bassist James McNew.  The venue definitely helped, the Roundhouse’s vast acoustic space giving enough room for it all to fit, not least the brief collaboration with a string quartet for some more of the new collection, most effectively on “Here To Fall”.  But to be honest, the band didn’t really need them to make the show worthwhile, the threesome providing more than enough dynamic, that they could draw on older pleasers like (the could’ve-been-by-Belle & Sebastian) “Stockholm Syndrome” and fuzz-rock ballad “Tom Courtenay”.

When they inevitably did return for a final farewell, you weren’t expecting it to kick off with guitarist Ira Kaplan on drums, and a raucous blast through a Sham 69 cover in “Borstal Breakout”.  But they knew what they were doing, almost a few decades under their belt, they’d set up an anti-set list all along, finishing with a couple of the cutest songs from Georgia (replete with some giggling mid-lyric through “Our Way To Fall”).  And like always, you probably did know what to expect, you kinda knew what you were going to get and you knew you were going to enjoy it, but almost reassuringly… you just didn’t exactly know how. 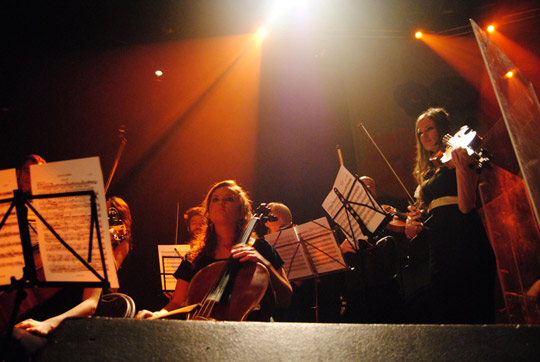 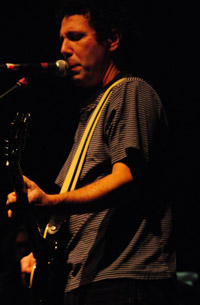 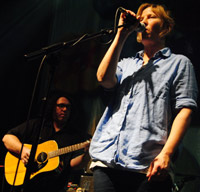 16.The Story of Yo La Tango  (I Am Not Afraid of You and I Will Beat Your Ass)

1.Borstal Breakout (Sham 69 cover)
2.Our Way To Fall  (And Then Nothing Turned Itself Inside Out)
3.Behind That Locked Door (George Harrison cover) 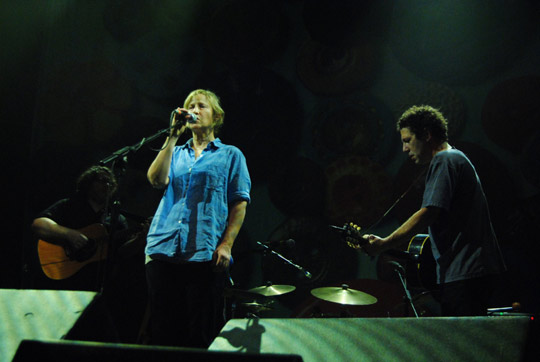