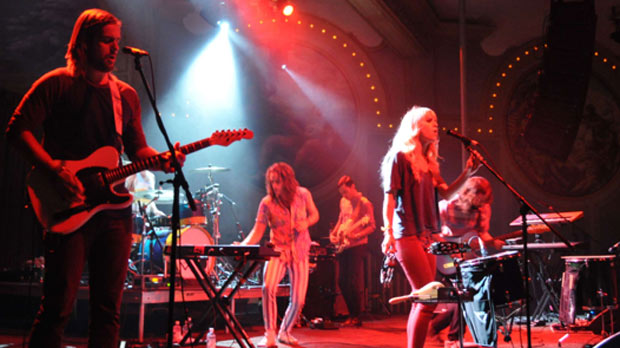 Click here for photos of Youngblood Hawke at House of Blues in Boston, MA on December 12th, 2012 in the QRO Concert Photo Gallery

Youngblood Hawke played a sold out show in support of their debut EP on November 20th at Portland’s historic Crystal Ballroom.  It should be noted that the concert was sponsored by local radio station KNRK (94.7fm) so the tickets were 94 cents.  Still, with a capacity of 1,500, it appeared about 1,000 people came to see this new band with a moderate hit (“We Come Running” #27 U.S. Rock) and one EP to their name.

Youngblood Hawke played ten songs throughout the night, and due to their EP only containing four songs, there were a few 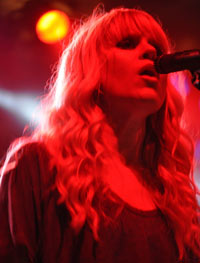 inevitable lulls.  But the audience was pretty engaged, especially when the band kicked off the night with “Rootless”, a nice up-tempo track that many seemed to know.  They played four unreleased songs next, which all sounded promising.  They also showed their witty side by performing Notorious B.I.G.’s “Juicy”.  Of course everyone was waiting for “We Come Running”, which turned into a giant sing-along.  Youngblood Hawke definitely got the Portland audience primed for their upcoming full-length debut album.  Many from the audience will likely return to see them open for Keane in January 2013.