Zac Brown and his band rolled into the iTHINK Financial Amphitheatre on Saturday night for one of the year’s most anticipated shows.... 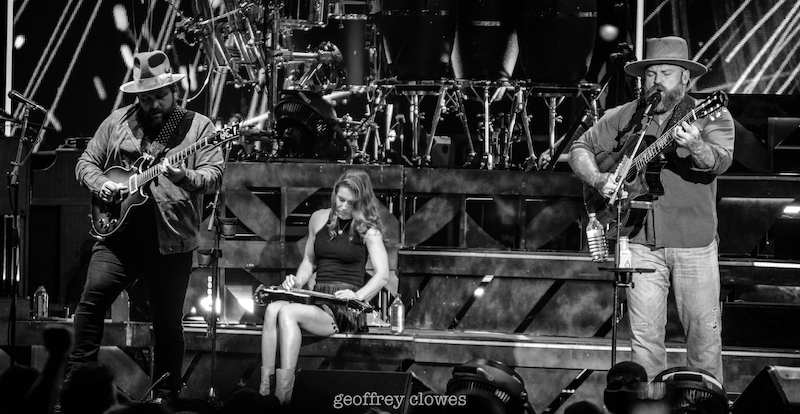 Zac Brown and his band rolled into the iTHINK Financial Amphitheatre in West Palm Beach, FL on Saturday night, October 9th, for one of the year’s most anticipated shows. A capacity crowd filled the venue early and stayed late as Brown and the band performed a combination of their hits and several well-worn covers. The band, which included a drummer and a percussionist, piano, a fiddle and several guitarists was tight and well-rehearsed as they jammed seemingly endlessly into a warm and dry Florida night.

Just twenty four hours before the Zac Brown Band took the stage for the second stop of their “The Comeback” tour another well-traveled and famous band took the same stage, albeit with different results. On Friday night KISS was scheduled to play iTHINK as part of their “End Of The Road” farewell tour. Mother Nature had other ideas. After keeping the fans waiting until 10:30 the show was finally cancelled and rescheduled. There would be no such bad luck this evening. The weather was warm and breezy, and most importantly, dry as the festivities started. It would remain so all night.

With Brown at center stage and two percussionists on risers behind him the band ripped into “Homegrown” followed seamlessly by the fiddle-heavy sing-a-long “Toes”. A crisp version of “Slow Burn” camed before they launched into a cover of Fleetwood Mac’s “Big Love”. As they played, Brown and the guitarists and fiddler wandered around the stage as the rest of the ensemble stayed put while the massive video screens played videos of country images.

The crowd showed their appreciation for the performance by remaining dancing and singing all night long as the band did their best to exhaust them. It isn’t often that hugely hyped shows live up to expectations, in this case expectations were not only met but exceeded.

The Vaccines – Back In Love City