House of Vans opened for a special visual installation, ‘Paradox’, by Abby Portner, along with performances by Zola Jesus and Yves Tumor.... 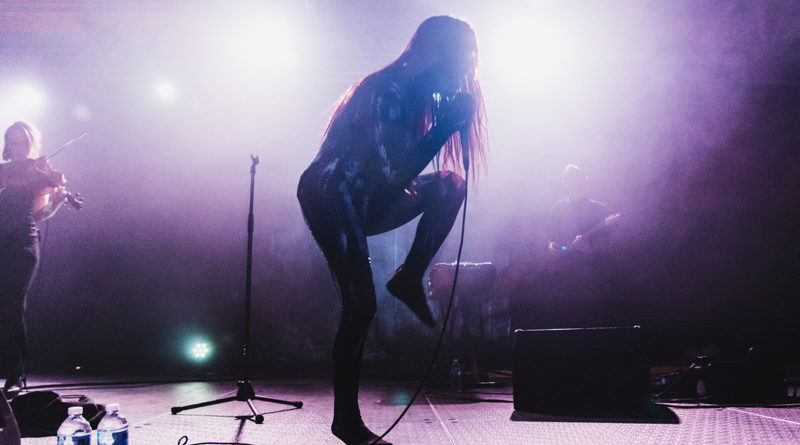 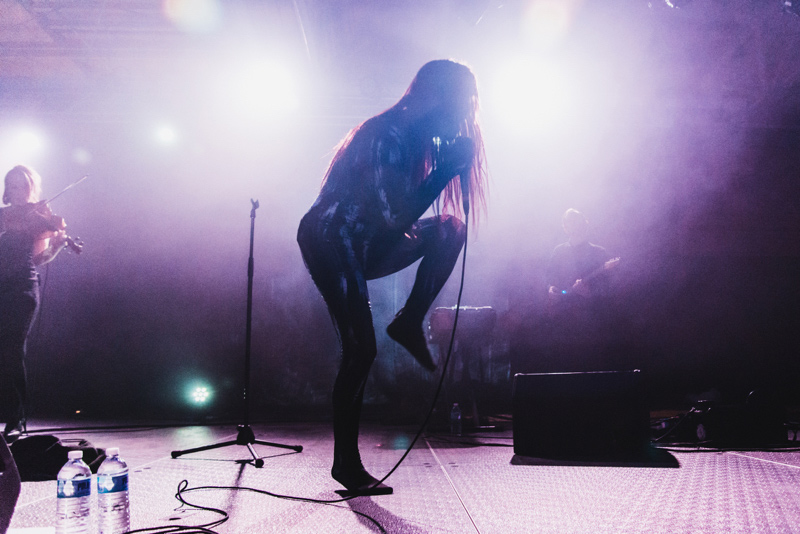 While we occasionally get teasing glimpses of warmer weather, it’s still winter in the Northern Hemisphere, as the recent Olympics on the other side of the world just proved. But that didn’t stop Brooklyn’s summer space House of Vans from opening for a special visual installation, ‘Paradox’, by Abby Portner, along with performances by Zola Jesus and Yves Tumor on Friday night, February 23rd.

House of Vans (QRO venue review) is usually set up half warehouse, half outdoor space, with one large garage door open between them, and the other to the street, at least initially, to let the crowds in, but this night the garage doors were closed, with only a small area of the outside space open, mainly to have a place to put the port-a-potties. Of course, it was pretty cold, and most importantly, the open bar had been moved inside, as well as some specialty tacos on sale.

But the real specialty was at the indoor VIP, where there was a special cocktail, ‘The Paradox,’ which included “charcoal-infused vodka” (“Basically makes it black,” as a bartender said) and “salt and pepper [Moscow] mule” – “That’s the most hipster thing ever, and I want it!” one person exclaimed. Indeed, the cocktail went fast, ‘forcing’ VIPs to ‘settle’ for just the Goose Island IPA that the hoi polloi also drank (the event did go past eleven, late for House of Vans, but it wasn’t the place’s usual all-ages event on a school night).

House of Vans’ indoor warehouse has had visual installations before, from live graffiti to a carnival theme. Abby Portner’s included weird giant masks and a full-sized jagged striped box with wandering eye. There were also ambient synths for the two-plus hours between opening doors and the first musical act.

Yves Tumor started with some experimental electronic dance music that might have fit the aesthetic of the evening in theory, but basically boiled down to noise in the dark. There was little lighting for the performer on stage, which was intense, but also off-putting. It was also really jarring from the more relaxed tones that had been playing before him. 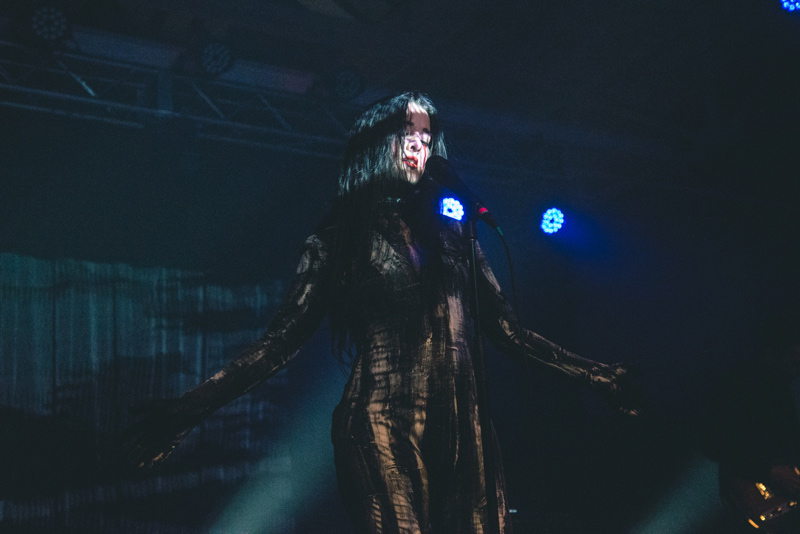 Perhaps that drove some attendees away, because it wasn’t as packed as expected for headliner Zola Jesus. The darkness worked for the dark musician, whose music worked with the evening. Indeed the musician, Nicole Hummel, wore a dark body suit that reflected well when hit with light, but disappearing otherwise, incorporating the jagged stripe lighting of Paradox. The otherwise unapproachable-up-there-on-stage artist did have some funny, awkward stage banter, nicely popping the tension of the fourth wall.

This is the final year of this House of Vans. Hopefully it’s just because next year the L train tunnel between Brooklyn & Manhattan is going to be closed for overdue repairs, making the House’s location near the Bedford L stop a lot less special – and that there will be another House of Vans, with free music, drinks, and art. 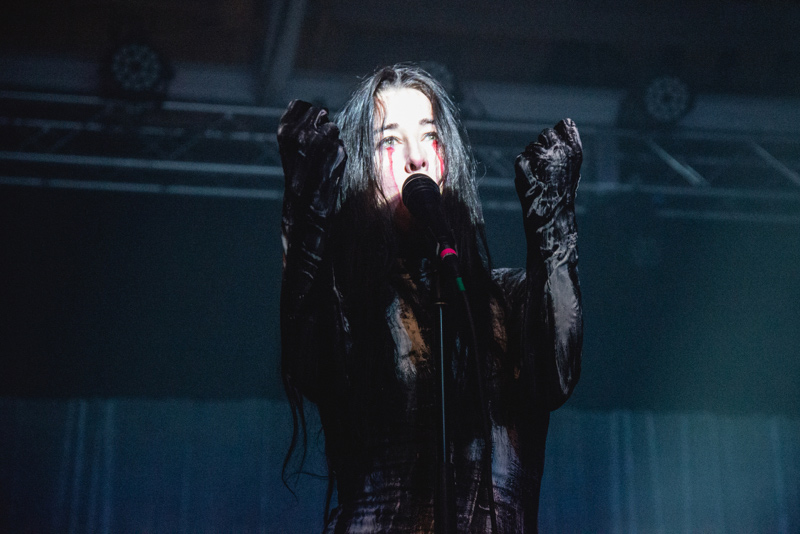