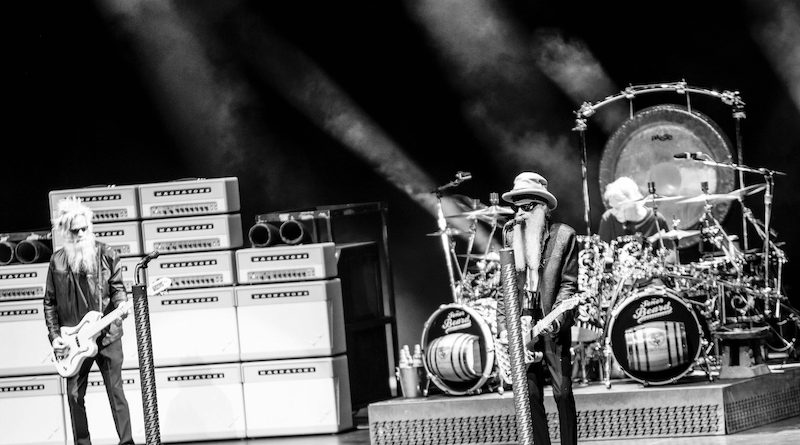 That little ol’ band from Texas, ZZ Top, brought their celebration to Hard Rock Live in Hollywood, Florida on Sunday, November 7th. The Rock & Roll Hall of Famers, with long-time guitar tech Elwood Francis handling the bass duties, played a combination of deep cuts as well as the songs everyone knows by heart.

What can only be described as a sedate ZZ Top played to a near-capacity crowd that was wowed by the shaggy bearded Francis and his mates as they worked their way through hit after hit. Opening the night was crowd favorite “Got Me Under Pressure”, which elicited cheers from the throngs of people. That led immediately into “I Thank You”, one of the evening’s two covers. The rest of the setlist featured Billy Gibbons and Francis strolling the stage trading licks while Frank Beard held down the rhythm duties on the drum kit.

There were no fuzzy guitars or banter with the crowd but there were good ol’ Texas blues. The lineup may have changed but the Tres Hombres still know how to rock and roll as only they can.