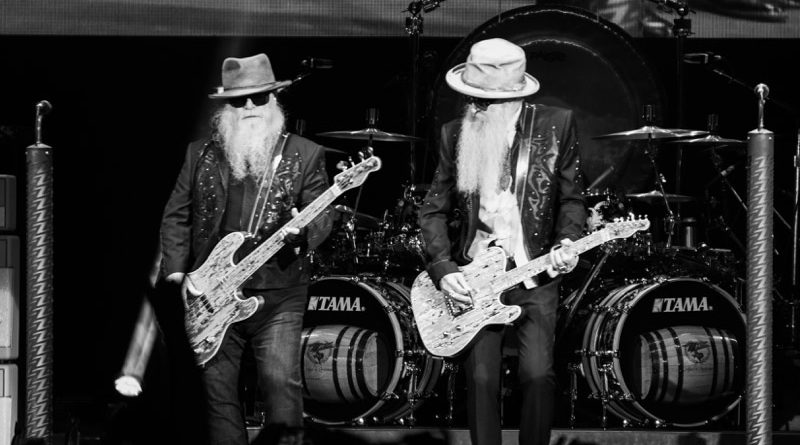 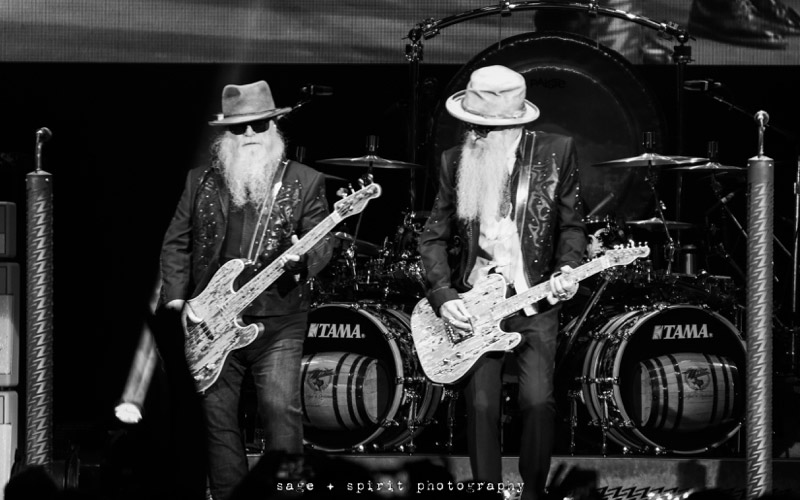 ZZ Top have always embraced clichés. The Texas rockers have always provided ample doses of beer drinking, hell raising, fast cars and short skirts; what is usually overlooked is the blues. The band is, at their very heart, a blues outfit. Hence the blues standards thrown in among the adolescent hits during the 50th Anniversary Tour. The rock radio hits such as “Got Me Under Pressure”, “Pearl Necklace”, and “Legs” were there in all their testosterone soaked glory, but so were the blues gems like “Jesus Just Left Chicago” and “My Head’s In Mississippi” as the trio celebrated their 50 year run at the Coral Sky Amphitheater in West Palm Beach, Florida on Sunday, October 20th.

ZZ Top music is best enjoyed live, where one can feel the power of Billy Gibbons’ guitar reverberating through the venue. While the grizzled vet isn’t what he was on tours past, his voice sounding a bit strained, even with bandmate Dusty Hill sharing vocal duties, his guitar licks still packed a wallop that bounced around the night like a Texas tumbleweed. The stage, like the entire show, is stripped down to a bare minimum on this tour. There were no dancers, orchestras, or smoke machines, just a few lights and a video screen playing the ubiquitous 1980s MTV videos to accompany the songs. The drumming of Frank Beard took center stage on the hardcore blues track “My Head’s In Mississippi”, with the drum providing a mighty tempo for the guitars to follow along with.

For most of the show, the guitarists played what appeared at least to be well worn, hard played instruments with peeling paint. For fan favorite “Legs”, the boys brought of the classic fuzzy guitars and proceeded to play the life out of them as they ran their fingers up and down the neck producing the sliding sound that only a rock guitar can make.

Two of the biggest showstoppers came for the encores as the band gave the crowd the gravel-mouthed “La Grange” and the frat party anthem “Tush”.

While this tour certainly provided a fair number of hits, it was by no means a greatest hits show. This was ZZ Top doing what they do best, playing Texas boogie-blues to an appreciative crowd. 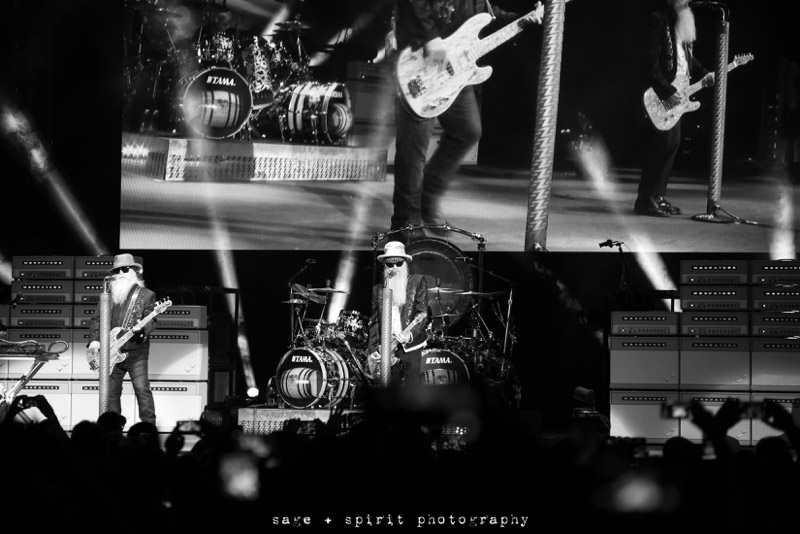 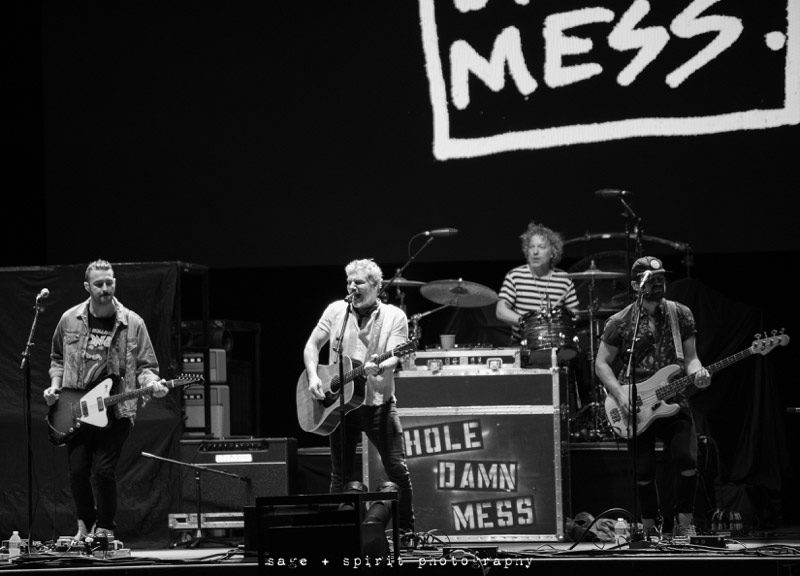 Opening acts Whole Damn Mess and Cheap Trick provided about what one would expect, with Whole Damn Mess hammering out a set of power pop tunes reminiscent of Maroon 5 and Plain White T’s. The band is a mashup of musical styles and musicians, featuring Daxx Nielsen, son of Cheap Trick guitarist Rick Nielsen on drums and Lawrence Katz of the Mighty Mighty Bosstones on guitar. 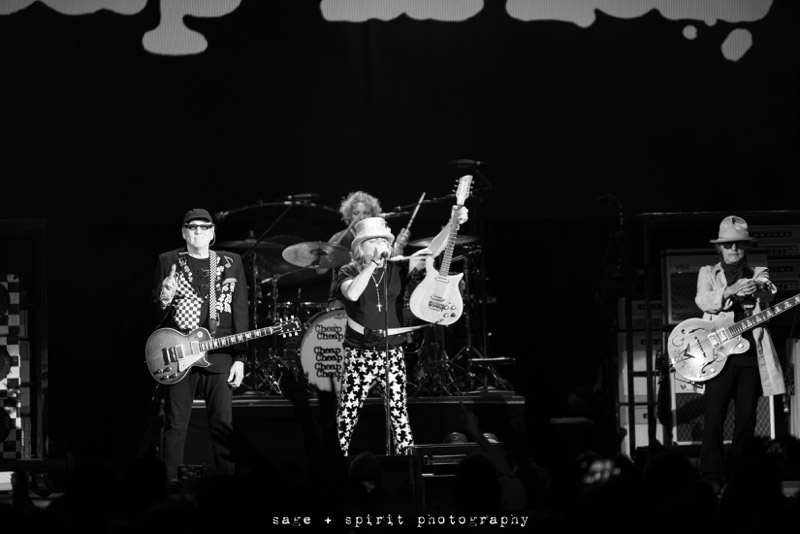 Cheap Trick provided exactly what was expected of them, a greatest hits show with a few covers thrown in here and there to mix things up. There was a lot of black and white checkers, guitars with multiple necks, and every sing along hit that made the band a top 40 staple in the ‘80s. 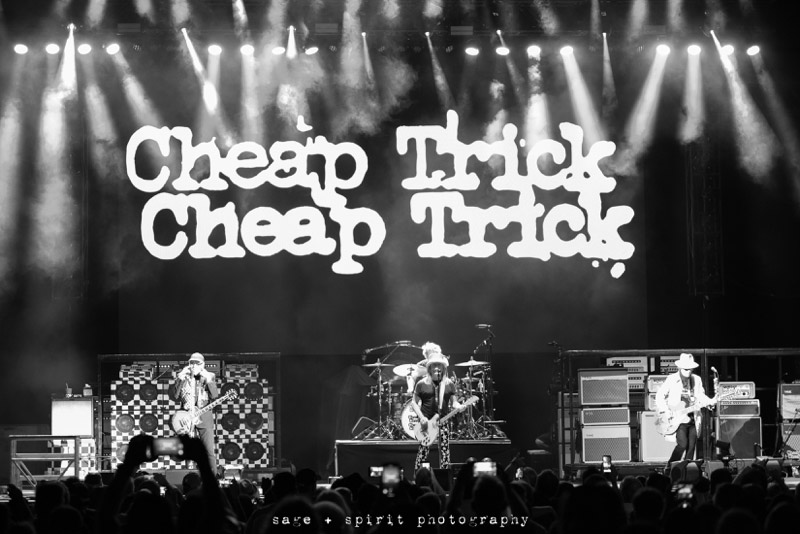 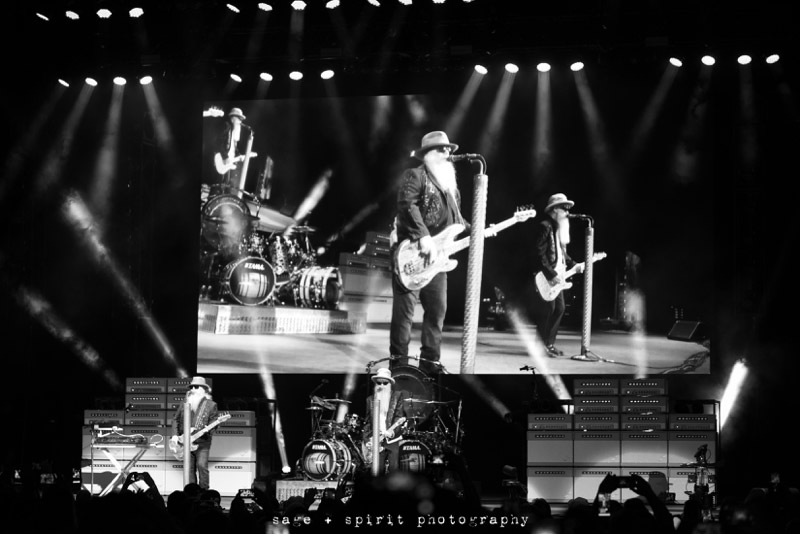 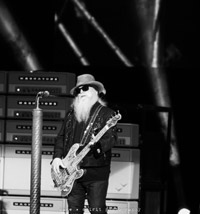