<img src="http://www.qromag.com/wp-content/uploads/2012/10/zztopoct16.jpg" alt="ZZ Top : Live" />ZZ Top is among the world's most entertaining musical groups to see perform live, and when purchasing a ticket, money ought not... 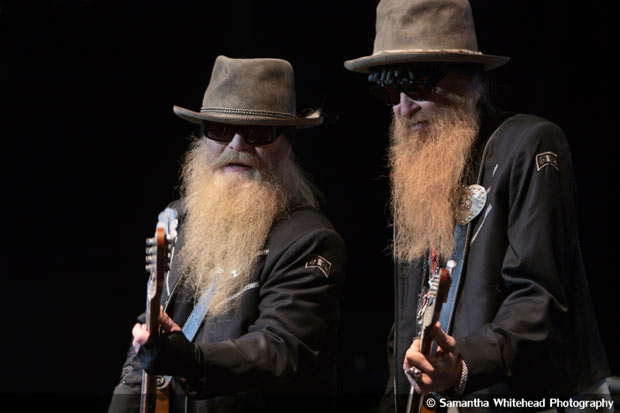 Fake beards.  There were only two fake beards in the entire audience, do you believe that?  Anyway, everyone was both bearded and Texan in spirit, at least as “that little old band from Texas” took the stage at The Midland in Kansas City on Tuesday, October 16th, following a delightfully country opening performance delivered by The Bryant Carter Band (QRO photos).

Reverend Billy F. Gibbons cuts a prolific figure both on stage and off, and it has to be noted, first and foremost, that no other human being on the planet could ever stand so still and play so lightly, and yet still exude the same amount of soul that Billy puts out.  The air around him ripples, for God’s sake.

Though ZZ’s set was relatively short, the only major staple song that seemed to be missing was “Cheap Sunglasses”.  Barring that unfortunate absence, all of the bases were covered.  A select hand full of songs off of the band’s fresh release, La Futura, were also performed, although what is arguably the album’s strongest song, “It’s Too Easy Manana”, went unaddressed. 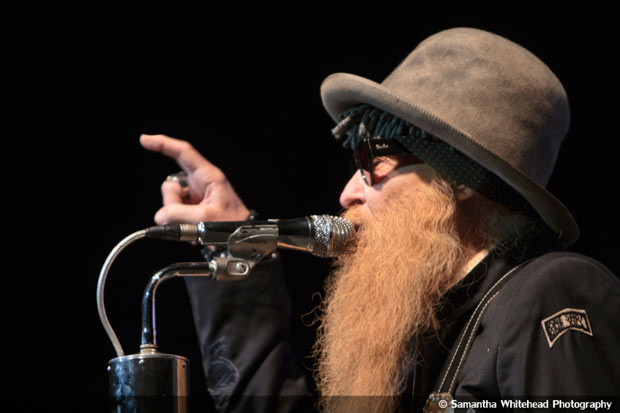 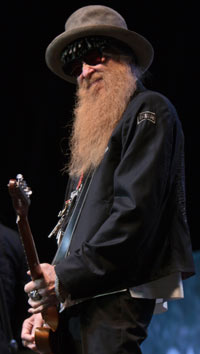 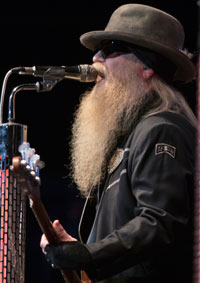 Another unfortunate point is this.  Some guitarists remark jokingly that Billy Gibbons plays through a MacBook, not an amplifier.  This sad little jeer is actually close to the truth.  Gibbons’ tone sounds disappointingly artificial and disconnected.  Because of his digital rig, the telecasters, billy-bos, les pauls and so on all sound exactly the same.  This wouldn’t be such a bad thing if the tone was good to start with, but it quite simply isn’t.  Gibbons ought to give up and do the amp dance like the rest of us mortals. 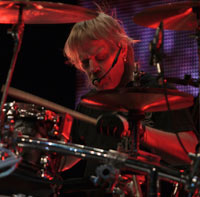 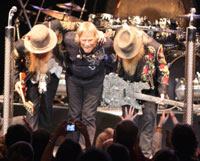 Dusty Hill was in top form as always, and barely has to think about what he’s doing to be fantastic.  This is either because Billy had another digital processor installed into Dusty, or because he’s actually the rock god we all know and love. 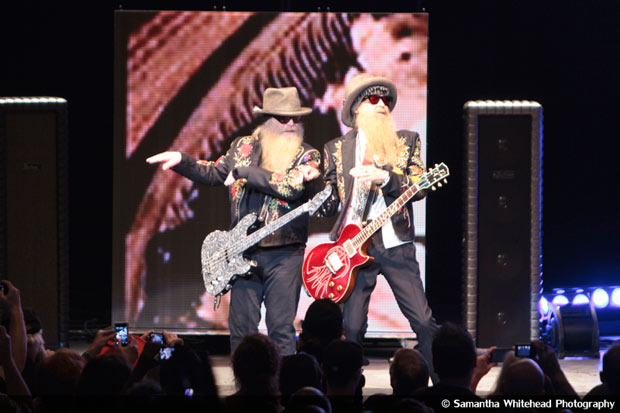 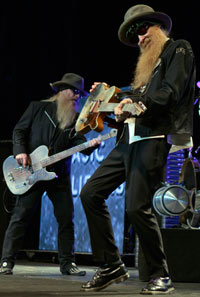 Regarding the performance itself, there isn’t a single point that can be improved upon, though seeing ZZ’s soundman beaten and shamed might be an improvement, since he evidently wasn’t willing to turn the vocal mics up loud enough to keep pace with the rest of the band’s hard-hitting instrumental sound.  When the crowd starts singing along out of necessity rather than ecstasy, something is very wrong.

ZZ Top is among the world’s most entertaining musical groups to see perform live, and when purchasing a ticket, money ought not to be taken into consideration.  Frankie, Dusty and Billy may be getting on in their years, but it’s clear to everyone that they’ve got lots of groove left in them.  If you attend a ZZ Top concert, be prepared to leave with the smell of bike leather stuck in your nostrils and the taste of barbeque sauce in your mouth.  In fact, when you try to sleep later that night, Billy’s voice will be echoing, “A haw haw haw haw” in your head well until morning. 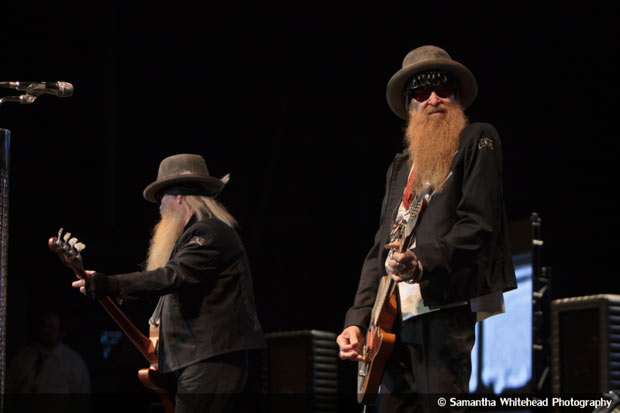