While much of the free New York summer concert scene has contracted over the years, 4Knots has not just established itself, but is growing.... 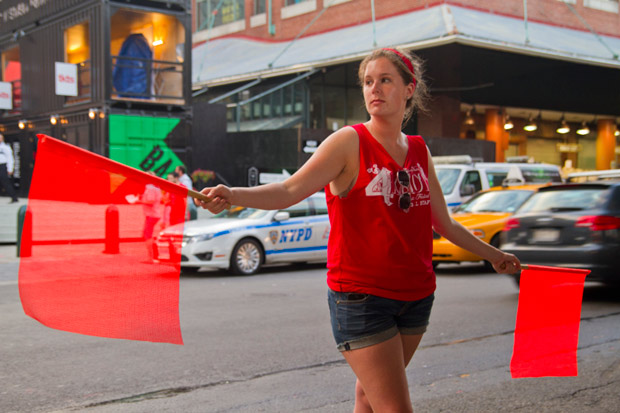 In 2001, famed free alt-weekly newspaper The Village Voice began putting on the ‘Siren Music Festival’ on Coney Island in the middle of July.  The free event was very popular, giving hipsters a reason to head south from Williamsburg before there even were hipsters.  Unfortunately, Coney Island itself entered into decline and later reconstruction, forcing Siren to end after the 2010 edition (QRO recap) – but it was replaced the next July by 4Knots Festival, still at a tourist spot by the water, but now at the much easier-to-reach South Street Seaport (QRO venue review).  While a smaller location, South Street Seaport (which still isn’t ‘small’) is a much simpler one to navigate, and the amenities are much higher-class (plus, it’s still a spot where one can walk around with an open beer…).  And 4Knots has kept going strong, returning in 2012 and now 2013, though moving a bit earlier this year, to Friday, June 29th. 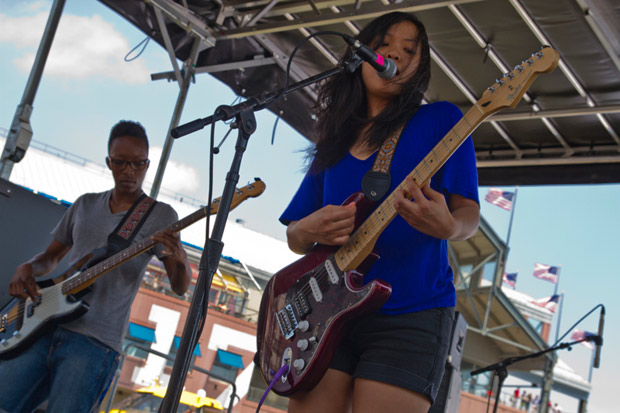 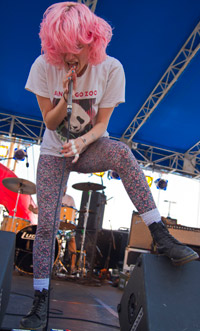 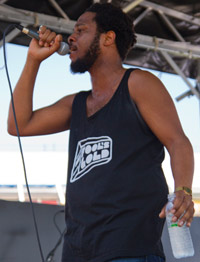 South Street Seaport was set up well (though it’s still weird not to see Pizzeria Uno looming over the whole thing – the empty space was taken up by some sort of sponsored section during the fest), with two stages quite near each other, and little downtime between the acts.  The artists virtually all tended towards the lo-fi garage-rock sound that has been booming out of Brooklyn (just across that East River) for more than a few years now.  At first this meant that the acts kind of ran together a bit, especially early on with Hunters, Steve Gunn, and Heliotropes, but as the day went forward, one began to really hear the nuanced differences.  And there was at least one hip-hop representative, Fat Tony, who of course was the one artist who played over his set time and into when the following White Lung started. 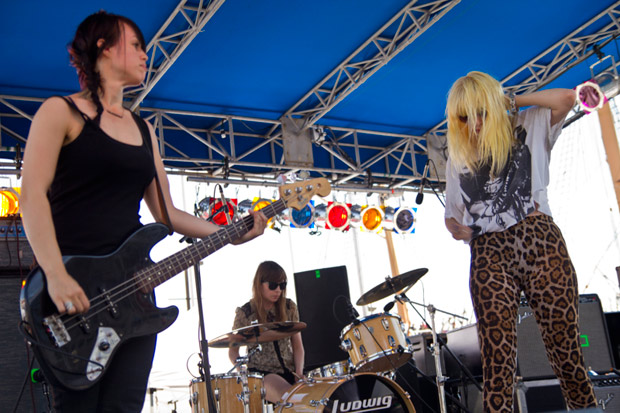 A particular standout was The Babies.  Something of a ‘garage-rock supergroup’, with Cassie Ramone of Vivian Girls (QRO album review), Kevin Morby of Woods (QRO photos at a South Street Seaport festival), and Justin Sullivan of Bossy, they were actually superior to any of those (admittedly overrated) acts.  There were hints of icons The Replacements (QRO album reviews) at one point, though The Babies’ song named “Breakin’ the Law” was inferior to Judas Priest’s classic – or Beavis & Butthead chanting Judas’ chorus line… 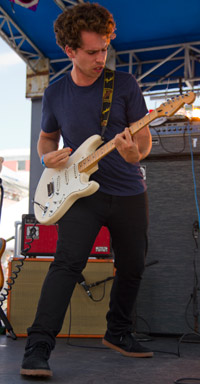 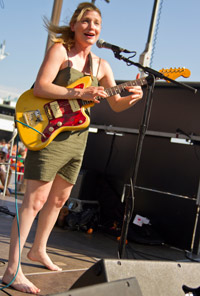 Another better garage band was Parquet Courts, who lived up to at least some of their indie-hype by bringing energy (and even a mosh pit!).  Marnie Stern unfortunately is a few years past being the garage-rock ‘it girl’, and her set (which ran over) was marred by technical difficulties.  Bringing some kick ass – but not just ‘kick ass’ – were The Men, who proved that they’ve got skill to go with their rawk (not to mention a great cover of Iggy & The Stooges’ “I Wanna Be Your Dog”, saxophone included).  Meanwhile, Reigning Sound channeled an epic sound akin to current critical favorites Japandroids (QRO live review). 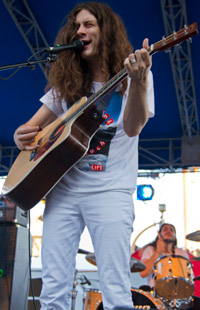 Closing out the full day was Kurt Vile & The Violators.  Remember when Vile was just ‘that guy from The War On Drugs (QRO live review)’?  Or ‘that guy who played on J Mascis’ solo record (QRO review)’?  Or just ‘the guy whose last name has to be fake’?  Well, he’s miles removed from all of that, having moved on up and graduated to the big time, and was kind of putting on a clinic as to how not only garage-rock should be done, but how it should be built upon, into something more than just garage-rock. 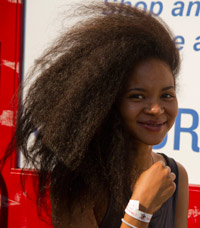 Unlike the mammoth Governors Ball at the start of June (QRO recap), the weather held up perfectly (and even if it hadn’t, it’s not like South Street Seaport can get muddy…).  Moving the festival up a couple of weeks also meant it wasn’t scorching hot (something that 4Knots in general has had over Siren, as boardwalk right on the river is a whole lot nicer than pavement a few blocks away from the beach).  It was crowded without being cramped, and folks were drunk without being obnoxious.  While much of the free New York summer concert scene has contracted over the years, 4Knots has not just established itself, but is growing.