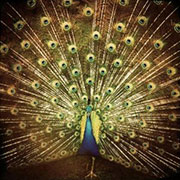 We all know and appreciate Ani DiFranco for being one of the most prolific songwriters and activists in the music industry, but somehow the attention has always been drawn towards her politically straightforward and poetically provocative lyrics more than her music skills themselves.  Over the years she has perfected her sound, also thanks to her partner/longtime producer Mike Napolitano, and ¿Which Side Are You On? (her 17th studio album and first in over three years) is a beautiful example of what a talented guitarist and vocalist DiFranco also is.  The blistering guitar riffs have given way to a more reflective fingerpicking guitar style made of tight chords mainly in the lower range.  Her voice can be gentle, strident, sexy or funny, always reflecting the lyrics, always exquisitely lovely.

If her music is now calmer and more contemplative, the lyrics are even more provocative, addressing personal or political issues in a totally direct way.  This is immediately evident from the choice of calling the album after a classic protest song.  “Which Side Are You On?” was originally penned by Florence Reece (the wife of Harlan County, Kentucky union organizer Sam Reece) on the melody of the old folk ballad  “Jack Munro” in support of American workers back in 1931.  Pete Seeger then recorded the most famous version and the tune would slowly become an anthem for civil rights activists over the years.  In 2009 DiFranco was assigned the song for her tribute to Seeger on his 90th birthday party in New York and she felt the urge to update the lyrics making it a call to action for the environment and social equality.  The rearranged album version is simply stunning: the track opens with the original banjo melody played by Pete Seeger himself, before the electric guitar plays an inciting lead followed by military drums and a stunning crescendo of different instruments that seem to join the protest march one by one as if they were human beings.  Roots of Music, a free after-school music program for the poor kids of New Orleans, provide backing vocals.

Click here for photos of Ani DiFranco at 2021 Sea.Hear.Now in Asbury Park, NJ in the QRO Concert Photo Gallery

Click here for photos of Ani DiFranco at Tarrytown Music Hall in Tarrytown, NY on April 22nd, 2014 in the QRO Concert Photo Gallery

Click here for photos of Ani DiFranco at Bowery Ballroom in New York, NY on June 19th, 2012 in the QRO Concert Photo Gallery

Click here for photos of Ani DiFranco at Union Chapel in London, U.K. on January 11th, 2012 in the QRO Concert Photo Gallery

Click here for photos of Ani DiFranco at Sheperd’s Bush Empire in London, U.K. on January 27th, 2011 in the QRO Concert Photo Gallery

Click here for photos of Ani DiFranco at 2009 Rothbury Festival in Rothbury, MI in the QRO Concert Photo Gallery

The opening track “Life Boat” is a beautiful reflection on the discomfort and innocence of adolescence.  “Unworry” and “Splinter” are about making connection in a world that’s falling apart (“I know I’ve seen you around always in that uniform…” “You can tell me anything – I don’t scare.”).  In the former DiFranco engages in entertaining scat; the latter is an easy ballad with a bouncing reggae rhythm.  They are followed by the whimsical “Promiscuity”, a witty and non-judgmental take on casual sex.

But it’s in the second half of ¿Which Side Are You On? where we find the real gems.  The piano-led “Albacore” is a gorgeous, touching song about wedding and devotion (“When I am next to you, I am more me.”).  In “J” DiFranco is backed by vocalist Anais Mitchell while almost jokingly singing about government inaction and gently digging at Obama (“I mean the dude could be FDR right now / Instead he’s just shifting his weight”).  She then carries on alternating tunes about her personal life to meditations on political, environmental and social topics.  So if in “If Yr Not” she talks about finally feeling comfortable with herself as she ages  (“If you’re not getting happier as you get older, you’re fucking up”) over an almost fuzzing guitar, punching horns and booming drums, and “Hearse” is another beautiful song about marital life (“I will always be your lover / Even after our atoms are dispersed / I will follow you into the next life / Like a dog chasing after a hearse”), in “Amendment” she then explicitly sings in favour of the codification of abortion rights and in the closing track “Zoo” she reflects on animals’ exploitation.

Its just unbelievable how after so many years Ani DiFranco still has so much to write about without ever sounding banal, and always touching something inside her fans.