<img src="https://www.qromag.com/wp-content/uploads/2009/12/animalcollectivefallbekind.jpg" alt=" " />It has been a very good year for Animal Collective.  So why not a victory lap? ... 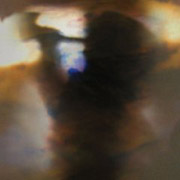 It has been a very good year for Animal Collective.  The experimental four-person outfit may have been around this entire decade we never named, but it was only at the start of this year that they broke through in a major way with Merriweather Post Pavilion (QRO review), a record that in January was earning spots on 2009 top ten lists (#3 on QRO’s Top 60 Albums of 2009).  So it’s not surprising that they bumped up their usual post-LP EP to December, to remind those who’d forgotten & offer something new to those who hadn’t.  Fall Be Kind is not as ambitious, or complicated, not as rewarding, or as difficult as Merriweather, feeling more like a victory lap.

Animal Collective’s mixture of electronica and natural sounds has always been a bit out there (making their success this year even more unusual & remarkable), but with Merriweather they upped their ambition considerably.  Fall Be Kind, on the other hand, falls back on a more comfortable echo and lightness, a sort of ‘echotronica’.  Sometimes that’s all it is, like with "Bleed" and "On a Highway", but sometimes there’s more.  For opener "Graze", that twinkle moves into woodwinds & rhythm, while the following "What Would I Want? Sky" (featuring the first-ever licensed sample from The Grateful Dead – QRO photos) goes more straight for the rhythm, and closer "I Think I Can" brings back some of Animal Collective’s tribal sounds, which don’t play enough of a part on the EP.

The release date & EP-ness of Fall Be Kind can make it look like a quickie cash-in, but it’s all-new material ("Graze" & "What Would I Want? Sky" are already established as live favorites), and Animal Collective released EPs after their last two full-lengths, 2007’s Strawberry Jam and 2005’s Feels (People EP indeed even came out in the same year as Feels, though Water Curses couldn’t wash out the bad taste left the year before by the unimpressive Strawberry Jam).  Not revelatory, or likely to win over new fans, Animal Collective still needed a coda to their wonderful year.

cars & trains : the roots, the leaves