Apparatjik : We Are Here

<img src="http://www.qromag.com/wp-content/uploads/2010/07/apparatjikwearehere.jpg" alt=" " />Apparatjik is not here to conform to any paradigm. ... 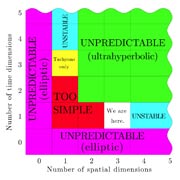 These days, this guy from The Shins (QRO live review), and that guy from Danger Mouse, making music together, is just another day in the news of the latest supergroup (Broken Bells – QRO album review).  Then along comes Apparatjik, to throw a curveball into the concept of amalgamating established musicians.  As the band’s name in Swedish means, " agent of the apparatus", derived from the Russian word, apparatchik, to describe "people who cause bureaucratic bottlenecks on otherwise efficient organizations", would suggest, Apparatjik is not here to conform to any paradigm.

Obviously, the first anomaly of Apparatjik is their lineup, which sounds like the result of an intoxicated amusement, from a corner of some music nerd’s pub.  Let’s imagine – there’s a group of guys drinking convivially, and they each take turn to say who will be in their fictitious supergroup.  One bloke says, "My favorite band is Mew (QRO live review), so I want their frontman, Jonas Bjerre.  And then – umm – is that "Take On Me" – your ringtone?  A-ha (QRO live review) is considered cool now – think their keyboardist, Magne Furuholmen, would be a good fit.  He’s also a visual artist like Jonas, so they can get all crafty together.  Then – I need someone totally unexpected – like from some highly, commercially, successful group – like Coldplay (QRO album review)!  Can’t have Chris Martin, because we already have the frontman from Mew, and Mr. Paltrow seems a bit square.  Need a bass player, so I’ll take Guy Berryman.  Now my supergroup has three chick magnets.  Not forming some alternate universe boy band here.  So, I need someone who is low profile – behind the scenes technical wizard, who can also play the drums.  Who’s that Swedish dude that always gets nominated for the Grammys for producing prosaic talents like Jason Mraz, but also produced a-ha?  Oh right – Martin Terefe; and there’s my supergroup!"  Everyone bursts out laughing.

Considering the credentials of each members of Apparatjik, one would expect their music to be at least as radio-friendly as Mew.  But a band that sites the cosmologist Max Tegmark as their collective hero, and attempts to render intricate concepts like quantum theory and special relativity in a musical language doesn’t exactly appeal to the general demographic.  Less pop than a-ha, less complex than Mew, with a minimal trace of Coldplay, but definitely more keyboards than any of the three groups have in their studios, Apparatjik’s debut album, We Are Here, is anything but commercial.

On introductory spin, We Are Here, sounds strangely familiar, yet distant, and not so exciting.  With repeated listen, the strange becomes comforting, and the familiar becomes alien, and this cycle undulates, as the intrigue meter increases.  The urgency of the earlier part of We Are Here would not properly forecast the rest of the album, as the roughness disintegrates into fragile beauty, held together by dominant electronic beats.  The opener, "Deadbeat", with distorted, clashing rhythms, mimics a chaotic psycho trip of industrial pop, that recalls elements of the L.A. noise-electronic band, HEALTH (QRO photos).  The third track, "Snow Crystals", continues the dance club beats, but after the two thirds of the way, it transforms into a church choir-like chant, which has little resemblance to its previous three minute twenty seconds.  The ballad-y "In a Quiet Corner" also takes a more experimental turn for its exit, but flows nicely into the more casually upbeat "Josie".

None of the songs on We Are Here are superfluous, yet at the same time, they feel like loose ends.  Bjerre’s delicate vocals, possessing extraordinary emotional, organic power, nicely offsets the robotic tones on the album, as in one of the more radio-friendly tracks, "Antlers".  A mechanical voice, ranting about sub particles, introduces "Arrow and Bow", becomes one of the most accessible songs on the record, when the Dane’s wistful voice swirls around the beating drums, as the keyboard chimes in sadly, while the guitar and snares fill the gaps with textures.  While Bjerre’s idiosyncratically high, ethereal vocals grace most of the tracks, he is not always at the forefront.  Baritone ranges take the lead on the aching, "Supersonic Sound", and "In a Quite Corner", probably belonging to Furuholmen, and maybe Berryman is behind the mic on the pulsating "Datascroller", or the weighty "Electric Eye", suggesting this supergroup prohibits any notion of the alpha male.  We Are Here closes with "Quiz Show", the least electronic song on the album, a fitting juxtaposition to its heavily distorted opener, "Deadbeat", as they sing in unison, "One question was put to me."

Apparatjik is more than just a musical project, and as a whole, offers their fans plenty of brain activity.  It is unfair to judge We Are Here as a single piece of work.  It would be like evaluating a film, based solely on its cinematography, when the acting, script, editing, production design, etc., are all critical to the end result.  As a component of the enterprise, their debut LP fits in nicely, but on its own, feels like an excerpt from a greater entity.  The agents of the apparatus devote as much time to the visuals, and have a complex, and active social network posts, which often come across as subversive marketing.  Most of the fans were drawn in because of their love for the band, each member represents.  They were treated to visual riddles with a website, constructed of network of links nestled in cubic framework and experimental videos (not unlike Mew’s video diaries), before they heard anything that could be labeled as a ‘song’.  Apparatjik’s first ever performance, which took place in Berlin, reinforced their ideology by placing themselves inside a cube, challenging the standardized pop music performance, showcasing the product, rather than the presenter.  All these things make the concept of Apparatjik very exciting, but at the end of the day, the music critic still has to make an assessment about the music.

Is Apparatjik something revolutionary?  Is this the new synthesis of art, music, science, and technology?  Or are these guys sitting around in some humdrum office, trying out random stimulants to entertain their overactive brains?  By the end of this review, the author is still undecided.