<img src="http://www.qromag.com/wp-content/uploads/2010/05/arminvanbuurenmar27.jpg" alt=" " />In the prime of his career, top DJ Armin van Buuren put on a spectacular show at Ultra Music Festival in Miami. ... 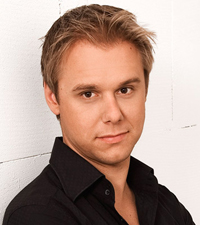 Armin van Buuren is in the prime of his career.  He’s been voted DJ Mag’s number one DJ in the world for the third consecutive year, he’s expected to drop his new mixed album A State of Trance 2010 by April 9th, and his popular “A State of Trance” (“ASOT”) weekly radio show is quickly approaching its 450th episode, marking nearly nine years of production.  The 450th episode is expected to be massive, with multiple live shows broadcasted globally to thousands of listeners, and many DJs spinning live across multiple nights.  Despite the incredible amount of work van Buuren’s soon to find himself with, he put on a spectacular show at Ultra Music Festival 2010 in Miami.

Though Armin van Buuren is unequivocally the top DJ globally, he’s largely disregarded in the U.S.A. amongst electronic music enthusiasts.  In Miami, house reigns supreme; and in Tampa, Orlando, and other parts of Florida, breakbeats tend to be the most popular, with many local DJs gaining worldwide fame for their unique ‘Florida breaks’ sound.  It’s no surprise as to how the world’s top DJ received second-rate billing on perhaps the largest electronic music festival in the country…

Van Buuren’s set consisted of both old and new tracks, mostly vocal, and included a number of gems.  Sebastian Brandt’s “450”, which is the official anthem track of “A State of Trance” episode 450, was played.  The Alex M.O.R.P.H. remix of his 2009 track “Broken Tonight” was featured as well.  In the set, two mash-ups were played, each of which were massive in their own right, though “On Off vs. In & Out of Love” received a much greater crowd reaction than “Lost Together”.  The classic collaboration track “Exhale” by van Buuren and System F (a well known pseudonym for Ferry Corsten) closed the set.

Jer Martin’s new track, “Ten Minutes to Midnight” was also featured.  This track has been announced as being on Buuren’s new compilation (ASOT 2010), and was extremely captivating.  As it was playing, the screens on each side of the DJ booth alternated between depicting a soft, pillow-y cloud scene at dusk, and an intense orange pattern.  The contrast was outstanding, and fit the track very well.

The visual effects were beautiful, and were in perfect harmony with the music.  The intensely illuminated stage had large screens depicting visuals that felt well tied-in with the songs.  For example, the new Faithless track (“Not Going Home”) had bright blue and orange-red bars bouncing up and down the screen, reminiscent of a VU meter.  At one point, a light blue oscilloscope-esque pattern followed closely along with the vocals.  Jer Martin’s “Ten Minutes to Midnight” was played alongside a number of visual effects, which correlated to the feel of the song perfectly.  The pyrotechnics, however, felt like a tacked-on afterthought.  Though they were visually stunning, the controlled bursts of fire that emitted from the top and sides of the stage seemed to be used at the will of a technician, and not when the music warranted.

The set was incredible, and well performed.  It was the embodiment of van Buuren’s unparalleled ability to churn out live sets while working on a number of extremely important projects, and still producing his weekly radio show.  One can only imagine what’s in store for ASOT episode 450.