Scandinavia has become a strong force in the indie music scene within the past decade.  Sweden wears the pop-churning crown, led by acts like The Radio Dept., Lykke Li,... 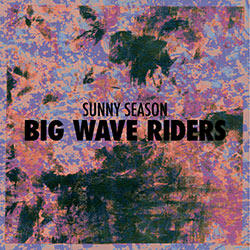 Scandinavia has become a strong force in the indie music scene within the past decade.  Sweden wears the pop-churning crown, led by acts like The Radio Dept., Lykke Li, and The Tallest Man on Earth, while Denmark is closing on the competition with the success of Mew, Efterklang, and The Raveonettes.  Iceland of course champions Sigur Rós, and Norway (with less obvious front runner) has produced Sondre Lerche, Kings of Convenience, and Röyksopp.  But Finland?  Most people in an American metropolis probably couldn’t name one right off their head, but Big Wave Riders may change that.  They just released a music video for "Sunny Season" from their debut album, Life Less Ordinary, available on August 24th via Finland’s biggest label at the moment, Soliti.  The Helsinki-based quintet proclaims, "Our music is not trying to fit into any certain genre.  We make music without mathematics or accurate calculations.  The songs are fast, slow, rhythmic and with variety."  But listening to the single, one can’t dispel eighties and nineties Britpop influence with atmospheric synths, jingly, layered guitars, and generous high-hat action where all elements meld into one swirling soundscape with a vintage sensibility.  And the music video for "Sunny Season" only reiterates the Britpop allusion.  Genre affiliation or not, Big Wave Riders hit all the right notes on "Sunny Season".

Download the track for free here, and stream below: