Black Francis has had a storied career.... 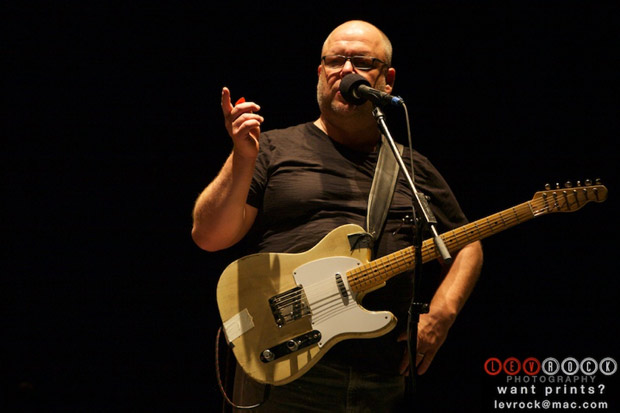 Black Francis has had a storied career.  Charles Kittridge Thompson IV took on that name in beloved late eighties/early nineties alternative act Pixies, but then switched it up & Anglicized it to ‘Frank Black’ when he went solo in 1993, just as alternative music was making its way to mainstream ears thanks to Nevermind by Nirvana (one of the many bands influenced by the Pixies).  He spent a few years on either side of the millennium as ‘Frank Black & The Catholics’, before returning to just ‘Frank Black’ in 2003 – and then the Pixies reunited the following year, setting the template for all of the alt-reunions of this century.  While the reunion has just been old material (QRO live review), he kept up his own work, reclaiming ‘Black Francis’ in 2007 – but he also has teamed up with others, like his wife Violet Clark as ‘Grand Duchy’ (QRO album review), and with tour & writing partner Reid Paley as ‘Paley & Francis’ for his last new release, 2011’s Paley & Francis (QRO review).  And Frank Black Francis brought his whole storied career to New York’s Symphony Space on Friday, May 17th.

If you’ve never heard of the ‘Symphony Space’, don’t worry – you weren’t alone among even Francis’ older crowd, who had to search to find the Upper West Side Space that is more known for theater, kids movies, and literary events.  Francis seems to prefer the classier, seated venues at this point in his life, like Astor Place’s Joe’s Pub (QRO live review at Joe’s Pub) – Symphony is a seated Space, modern and clean, but it did feel a bit like seeing a rock show in a new college lecture hall.  But there was still a bar… 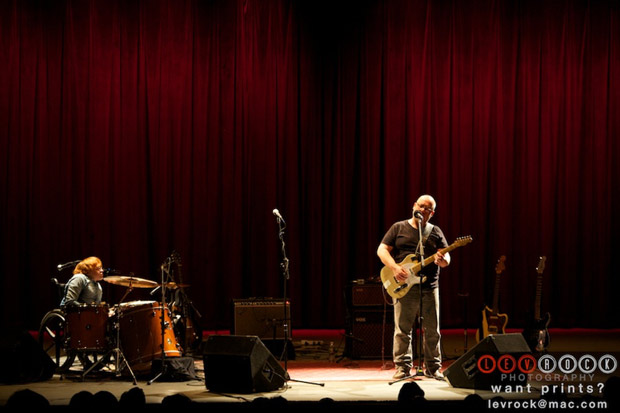 Reid Paley is once again touring with Francis, and opened up the set solo, employing his well-worn humor that any ‘just a guy with just his guitar’ needs when performing live.  There was a drum kit behind him, and when Francis came on, he was accompanied by Jeremy Dubs, who went behind the kit.  It was a little odd during the first number, “Crackity Jones” from the Pixies’ legendary Doolittle (QRO 20th anniversary live review), as Francis would just stop in the song for Dubs to do a single hit on the drums; it felt kind of like Dubs was just a friend of Francis’ invited on stage as a favor (Dubs being in a wheelchair only heightened that feeling).  But then Francis said to Dubs after “Jones”, “I didn’t tell you we were gonna do this one – that okay?” – and Dubs proceeded to actually play drums for the rest of the set, providing rhythm & sound to what could have been a too stark, just-vocals & guitar set. 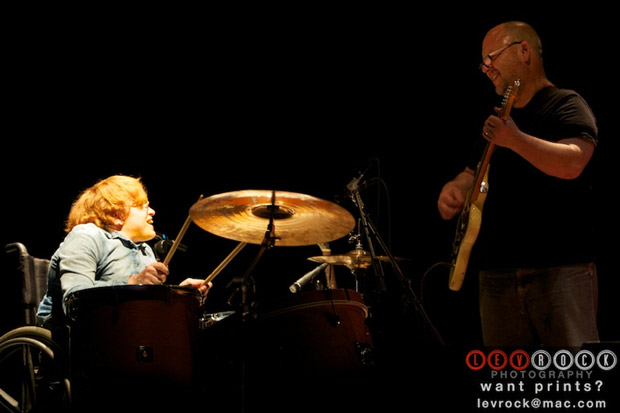 And what a set it was.  Including the encore, Francis did twenty-seven songs – though of course that’s not nearly enough to cover all of his great works.  There was a healthy amount of Pixies material (nine pieces, so a third of the night) – the Pixies aren’t touring right now (fellow Pixie Kim Deal is touring her own post-Pixies project, The Breeders, in their own twentieth anniversary, of Last Splash – QRO live review), and it’s great to see that Francis doesn’t shy away from his material from his original band (it’s akin to another eighties alt-great, Bob Mould – QRO live review – including material in his live show from his original band, Hüsker Dü – QRO spotlight on).  Indeed, Doolittle’s “Crackity Jones” was followed by another Pixies piece, “Cactus” from Surfer Rosa, and the evening featured other Pixies classics like “Where Is My Mind?”, “The Holiday Song”, “Nimrod’s Son”, “Wave of Mutilation”, and “Monkey Gone To Heaven”. 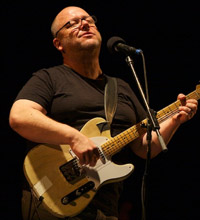 And amongst his post-Pixies solo material, Francis likewise mixed and matched from across those two decades.  From his first solo record, Frank Black, there was “Los Angeles” and “I Heard Ramona Sing” (which Francis introduced as a song about The Ramones – and Latin boy band Menudo, describing how Menudo would replace one member with another via a theatrical elevator when someone hit sixteen; he also pointed out that he wasn’t referring to the traditional Mexican soup called ‘menudo’), all the way through Frank Black & The Catholics pieces such as “California Bound” (with its great chorus refrain, “God willing / We are California bound / God willing / I won’t put you in the ground”) and Larry Norman cover “Six-Sixty-Six”, back to Black solo (including two first found on his solo best of compilation, 93-03 – “That Burnt Out Rock ‘n’ Roll” and “All Around the World”), and back to Black Francis with “When They Come To Murder Me” (Svn Fngrs – QRO review) and “Wheels” (Nonstoperotick – QRO review).  There were even a few new pieces, like “Classic Masher”.

After the encore break, Francis played “Los Angeles”, and then was joined on stage by Paley to play a song they wrote together for 2005’s Honeycomb, “Another Velvet Nightmare” (Paley made sure to remind Francis of the “Another”).  They then finished the night with two from Paley & Francis, “Ugly Life” and “Magic Cup” – perhaps it would have been better to have had Paley join Francis somewhere in the middle of the set, and leave the close of the night to the old classics (but it did nicely see Paley point out that it was Francis who suggested the name order…) – and then a cover of Kinky Friedman’s “Wild Man From Borneo” to finish. 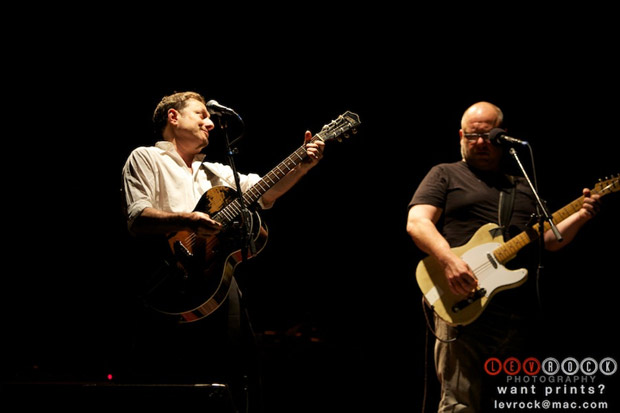 With Francis’ extensive discography, it’s of course impossible for him to hit all the songs you wanted – but what was impressive was that there were way more you wanted him to also play, than ones he did play that you could have skipped.  You couldn’t have expected more Pixies (like “I’ve Been Tired”, “Something Against You”, “Debaser”, “Is She Weird”), though could have used at least one Trompe Le Monde song (“Planet of Sound”?  “Alec Eiffel”?  “U-Mass”?).  There can never really be enough Frank Black (“Hang On To Your Ego”, “Fu Manchu”, “Czar”, certainly “Brackish Boy”), but maybe more than one (“(I Wanna Live On an) Abstract Plain”) from the following Teenager of the Year (how about “Whatever Happened to Pong?”?) or any from subsequent Cult of Ray (“Men In Black” or, for the acoustic setting, “The Last Stand of Shazeb Andleeb”).  It was actually a bit surprising how much Francis did from his Catholics days (though still could have used the likes of “I Gotta Move”, “Western Star”, “If It Takes All Night”, “Black Letter Days”, “Whiskey In Your Shoes”, or “My Favorite Kiss”), and yet none from 2006 double-LP Fast Man/Raider Man (though Paley did do his co-written “I’m Not Dead (I’m In Pittsburgh)” from the record in his own set – before playing his only other song where he referenced Pittsburgh…).

But Black Francis is an icon, and he could have done a set twice as long and still not hit all your favorites – yet still be great the whole night long.