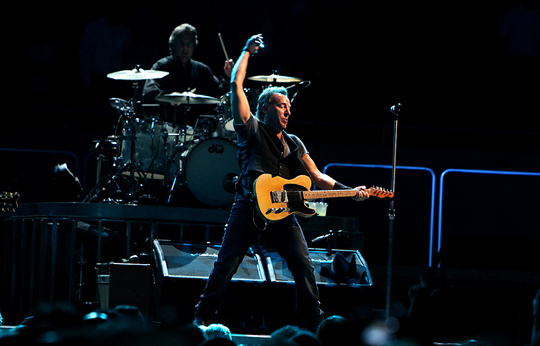 Feeling slightly out of place among a handful of (mainly) middle-aged male photographers, I kept to myself and waited patiently to be escorted to the designated photo area.  Experiencing a vibe similar to a campfire setting, one could overhear stories about the man, the myth, the legend – The Boss: 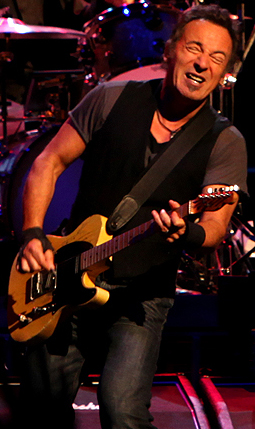 (Springsteen did give a shout-out to Long Island Cares, a local food bank founded by singer Harry Chapin – www.licares.org)

A few tents were scattered across the parking lot, shielding the poncho-wearing, red-cup-in-hand tailgaters from the inclement weather.  Despite the wet roads and rush hour traffic, by the time the house lights went down on Monday, May 4th, Long Island’s Nassau Coliseum was full.

It was one of those nights when you could just drown in the sea that was the volume of the crowd.  Between songs, although they were trying to yell “Bruce!”, an endearing “boo” sound resonated through out the venue. 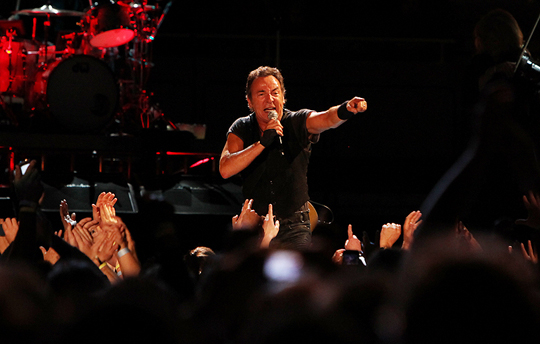 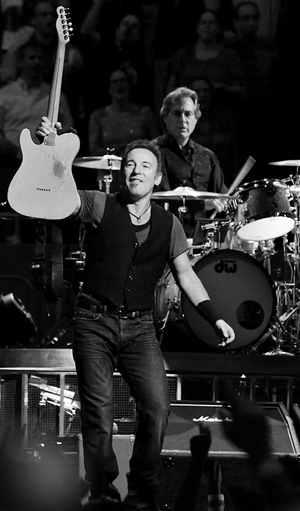 Songs performed off Springsteen’s most recent release, Working On a Dream (QRO review), included the album’s title track, “Outlaw Pete”, and the Golden Globe-winning (yet, for some reason, not even Oscar-nominated…) “The Wrestler”.

Fortunately, during the request portion of the set, no one yelled “Free Bird” loud enough to be heard.  Realistic requests were made via homemade signs collected from the audience.  The signs were displayed during the applicable songs, which included covers of (LI) “Expressway To Your Heart”, by The Soul Survivors, and fellow Jersey boys Bon Jovi’s “Raise Your Hand”.

Surprisingly, the 27-song set list (see below) did not include “Born in the USA”, or “Atlantic City”.  But how could a show by The Boss hit every hit, when he’s got so many?… 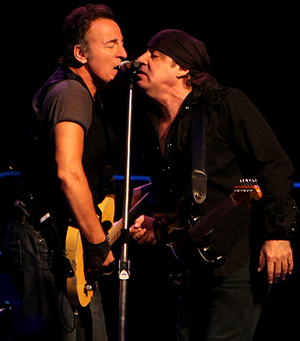 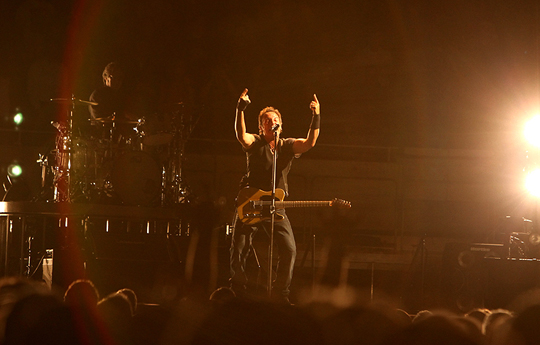