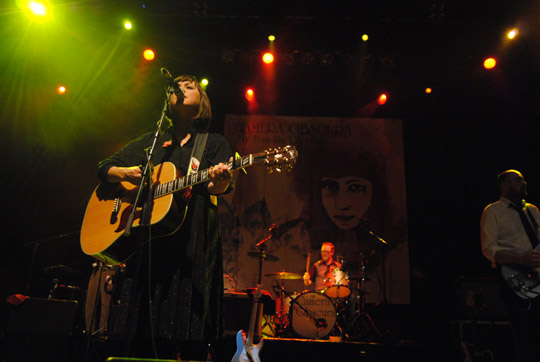 Click here for photos of Camera Obscura at Grand Ballroom in New York, NY on June 7th, 2010 in the QRO Concert Photo Gallery

The rain poured all morning in anticipation on Tuesday, November 3rd, turning London’s recent clear autumn skies to a muddy grey and making the mood, well, suitably Maudlin for Camera Obscura to play out their Career (as a dreamy indie pop group with a little ‘60s bombast) to the Shepherd’s Bush Empire clientele.  The atmosphere seemed destined to remain slightly melancholy, the charming colours from the comprehensive seven-strong band bleeding into a kind of comforting but ultimately placid walkthrough their latest release (QRO review).  “Tears For Affairs” surprisingly broke the band free of this mould, allowing the horns and harmonies to breathe out a bit more with the song’s slower pace, and letting singer/guitarist Tracyanne Campbell’s vocals to ring out with more conviction. 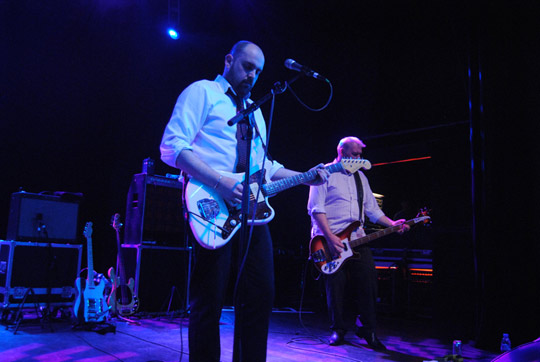 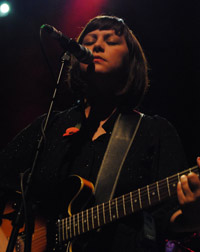 And it was songs from previous long-player Let’s Get Out of This Country that brought out the biggest response, most notably the crowd’s collective sigh of satisfaction that resulted from hearing the opening string melody from “Lloyd, I’m Ready To Be Heartbroken” as the band’s main set closer, after they had played a string of other standouts from that album.  In terms of the recent singles, “French Navy” was the other real winner here, the opening sharp chord stabs clearing away the consistent gauzy guitar haze of “The Sweetest Thing” and “My Maudlin Career”.  Older material was also given an airing, although “Keep It Clean” and “Eighties Fan” didn’t seem to be built for filling the larger venues that the band can now inhabit. 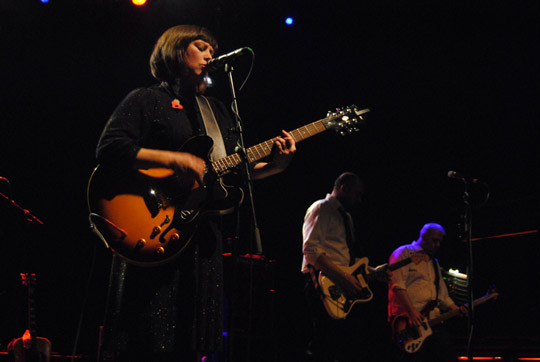 It was only fair then, that as the band returned for a short encore to bring the U.K. tour to an end, they used the slow burn of Let’s Get Out‘s “Razzle Dazzle Rose” to have the crowd contentedly swaying along towards a rapturous farewell, and you know what? It wasn’t raining when everyone left, and it all seemed a little bit brighter. 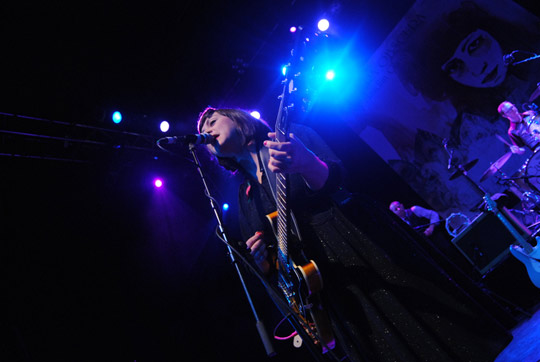