<img src="http://www.qromag.com/wp-content/uploads/2010/04/caribouapr19.jpg" alt=" " />Caribou are moving in a slick danceable direction that borrows more from dub-step and techno. ... 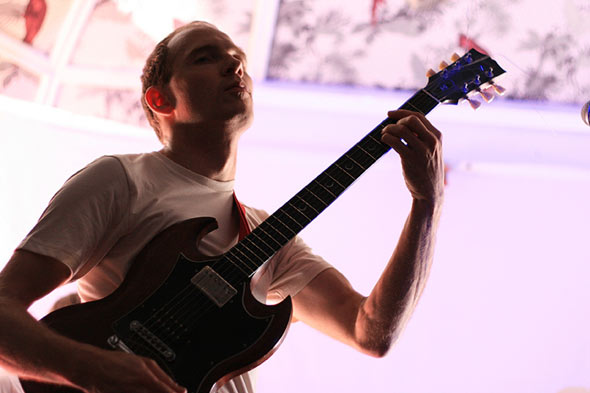 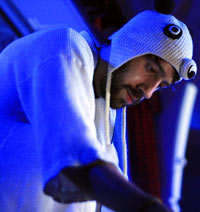 The Manchester Deaf Institute was at full capacity on Monday, April 19th.  Gold Panda arrived on stage and played hypnotic electronic laptop tunes – without out any lyrics, but they were not necessary.  The music spoke for itself.  GP bounced his head up and down as he wore a panda hat that expresses his alter ego.

Gold Panda, a great choice for support.  It was a great act that certainly set off the night. 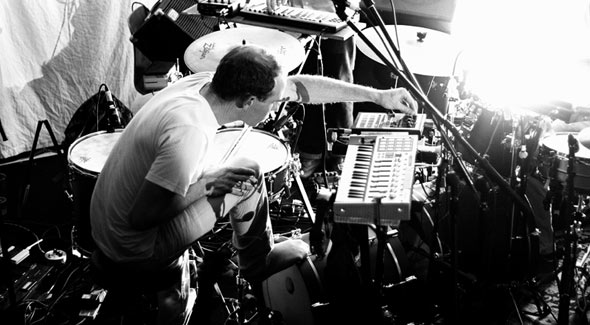 Dan Snaith’s presence on stage was immense, taking to the stage dressed in white and without shoes.

Barely addressing the crowd, Snaith seemed locked into a zone of extreme focus.  The small stage was strewn with drum kits, midi foot pedals, guitars and a laptop.  The band some how slipped into their positions behind a wall of technology. 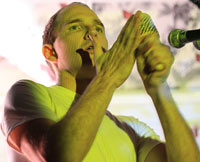 Projections of subtle abstract shapes gently cloaked the band as they launched into their set with a conviction.  The set consisted mostly of the new album Swim, freshly released on Cityslang Records this week.  Snaith has clearly built up an impressive back catalogue of songs.  For the most part it seems Dan Snaith has moved away from the concise psychedelic pop of Andorra (QRO review).  The sounds today are more of a slick danceable direction that borrows more from dub-step and techno, in some ways almost mirroring his good friend Kieran Hebden’s output as Four Tet (QRO album review).

Snaith constantly flitted between guitar, keyboards and drums with the occasional thanks in between songs.  The high light of the evening was the deafening dual drum onslaught that reaches an intensity not seen since the likes of “Hella” and “Lightning Bolt”. 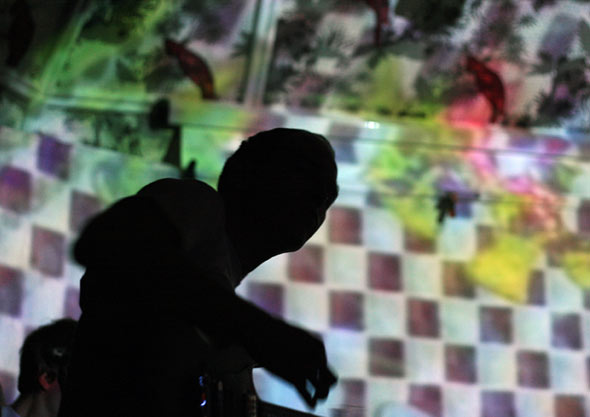