<img src="https://www.qromag.com/wp-content/uploads/2010/09/christinaaguilerabionic.jpg" alt=" " />While Christina Aguilera may still be the princess of pop, her place on the throne is far from secure. ... 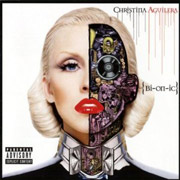 If Madonna is the queen of pop, then Christina Aguilera is surely pop’s princess.  With four Grammys under her belt and over 42 million records sold worldwide, Aguilera is one of, if not the, most prominent female artists of the decade.  And now, after a four-year hiatus, Christina (or ‘Xtina’ to some) is back, with her fourth studio album, Bionic.

Despite conquering the pop charts three consecutive times, it is difficult to imagine where Christina Aguilera fits into 2010’s music scene.  After the astonishing leap, from sugar-coated Disney Mouseketeer to hardly-dressed theatrical diva, the world was hers for the taking.  But now, with artists like Lady Gaga who take the words ‘theatrical’ and ‘hardly-dressed’ to a whole new level, Aguilera’s old pop antics seem tame and conservative.

So Aguilera did what she does best: adapted.  One of the reasons Aguilera has managed to stay so relevant and thus successful is her talent for embracing and displaying new trends.  She is so convincing at these new roles, that one is left wondering who is the ‘real’ Christina Aguilera?  Though this kind of constant change has proven successful with her previous albums, her reflection of current trends on Bionic comes across as less of a reinvention and more of a desperate bid for relevance.

Bionic relies much too heavily on its eclectic group of writers and producers, and this makes it Christina’s most affected and aloof record to date.  The two most enjoyable tracks on the album, the M.I.A. (QRO photos)-written "Elastic Love," and the Le Tigre-produced "My Girls," feature the least of Aguilera’s vocal talent.  "Vanity" is a disco-shtick that finds Aguilera professing her undying love for herself.  Without an ounce of humility, "Vanity" has Christina crooning about the wonders of her own image, "Every day I see myself I love me even more," and ends with Aguilera marrying none other than herself, "And now I take myself to be my lawfully wedded bitch."  The song is actually one of the most listenable and the listener is almost unable to resist revelling in the complete overindulgence.

But the majority of the album is devoted to passé techno mishaps ("Woohoo"), over-the-top and un-sexy R&B ("Sex For Breakfast"), and schmaltzy contrived ballads ("Lift Me Up").  But Aguilera’s biggest asset is not her ass – with a voice that puts her leaps and bounds ahead of most female pop stars, she does not need to shake provocatively or wear outfits that leave too little to the imagination (actions that other performers undertake in lieu of possessing any vocal talent).  Unfortunately, Aguilera’s vocal skills are sacrificed for gimmicky, over-produced, exploitive and downright offensive material.

Bionic is not a terrible album, but it does not do Aguilera justice – disorientated, jarring and over-sexed, Bionic fails to deliver.  So while Christina may still be the princess of pop, her place on the throne is far from secure.