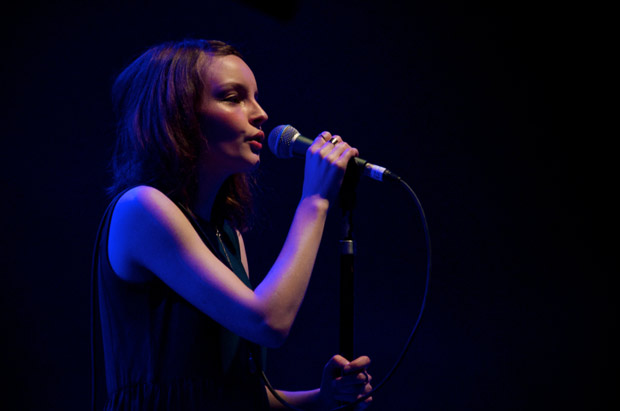 Click here for photos of CHVRCHES at SXSW 2013 in Austin, TX in the QRO Concert Photo Gallery

There is no shortage of electro-pop outfits with lines of twelve- & fourteen-year-old girls outside their shows.  There are plenty of cool artists from across the pond whose special brand of synthesized dance music is beginning to catch on stateside.  The specific type of sound that CHVRCHES makes is littered all over SoundCloud and Spotify.  So what is it that sets them apart?

It’s certainly not that they’re flooding the market with their music.  As of showtime on Friday night, June 7th, at The Granada in Lawrence, Kansas, a Google search for “CHVRCHES” returned less than ten tracks, and most of those are remixes.  How is it that a band with seemingly so few tracks manages to put on a show worth seeing, let alone a summer tour? 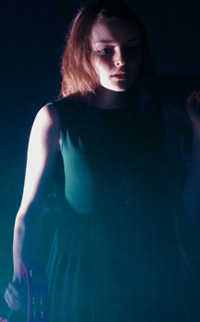 Go to a CHVRCHES show, and you’ll get your answer.  Yes, the show will be packed with young kids with X’s on their hands, but that’s a good sign.  Like it or not, follow the youth, and you’ll normally find good music.  Or at least easily digestible music.  That’s what CHVRCHES is: easily digestible, well written, and extremely catchy.

Lauren Mayberry is a true songstress.  The stage at the Granada was bare, excluding a few dynamic lights, and the two music stations of Iain Cook and Martin Doherty; there were no visual elements to the show.  For a young artist, that presents and extremely difficult prospect.  Mayberry must hold the attention of the crowd, lead the show, and still manage to make the music that everyone is there to see.  Mayberry handled her duties with aplomb.  She joked with the audience, made a few Smallville jabs to the Kansas crowd, and really made the impression of a genuinely nice Scottish girl.  It was apparent she was enjoying herself, and genuine enjoyment is infectious. 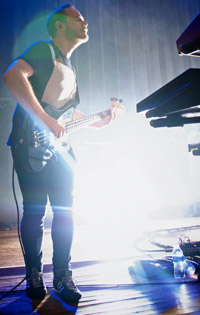 The fine people of The Granada didn’t seem to mind the lack of a big light show or big visual element.  Mayberry’s vocals are syrupy sweet, pop at it’s best.  The synthetic stylings of Cook and Doherty mix in just the right amount of EDM with a bit of simple indie structure.  The result isn’t overblown, or overclocked.  It’s miles away from dubstep, but more industrial than a guitar outfit.

Even though the amount of bands like CHVRCHES outnumbers the songs that CHVRCHES has released, quantity does not guarantee quality.  With CHVRCHES, it’s clear that they put real thought and effort into each song, and they’re not taking their success for granted.  Go see CHVRCHES and support good electro-pop. 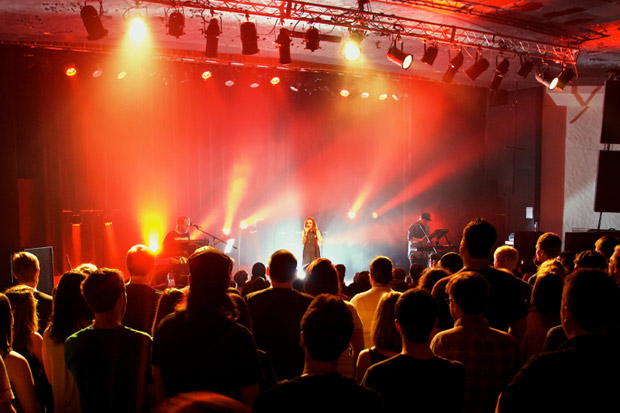