City Winery on Varick Street closed after July 31st, 2019, but a new location opened at Pier 57 on Hudson River Park in October 2020. City Winery is located... 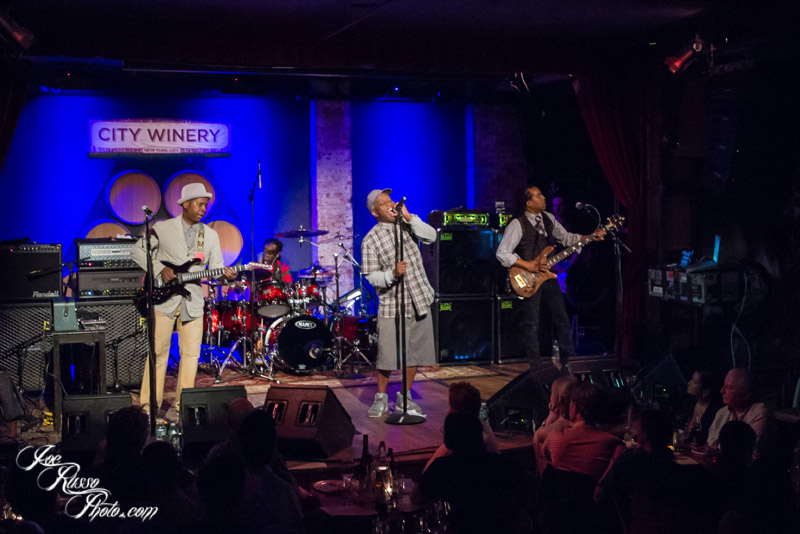 City Winery on Varick Street closed after July 31st, 2019, but a new location opened at Pier 57 on Hudson River Park in October 2020.

City Winery is located on 155 Varick Street, Manhattan, on the corner of Varick & Vandam Street.  Situated in Greenwich Village, it is an actual restaurant and winery that also has a stage for seated shows.  Opening at the start of 2009, it was started by Michael Dorf, the founder of the now defunct Knitting Factory to the southeast.

Stretching down along Varick, the entrance is at the southwest corner of Varick & Vandam.  There is a bar along the north side, with a large circular staircase going down to the wine cellar and bathrooms.  Past that are the tables, with a raised section farther south.  The actual stage is on the west wide of the restaurant, across from the street side, hidden by curtains until opened, but within clear view of all the tables.  The sound system is good, though obviously has to contend with patrons eating and the like.

In addition to wine-tasting and -making classes and the ‘Klezmer Brunch’ on Sundays, City Winery has a couple of shows a week.  They naturally tend towards the older artists, as well as more towards the singer/songwriter plus backing line-up than your standard band.  There are also usually no openers, which leads to prompt start times, but also extensive sets by the artists booked.  Like other seated venues such as Joe’s Pub, or the far larger Town Hall and Radio City Music Hall, you can’t dance or worm your way to a great spot, but do have a great view and aren’t squeezed.  You can also have dinner with your show, along with an intimidating wine list (don’t worry: they also have beer), and the prices, though not cheap, are not as expensive as you might expect for a restaurant.  Marrying a restaurant and a music venue is never easy, but it’s a relaxing and classy way to see a show. 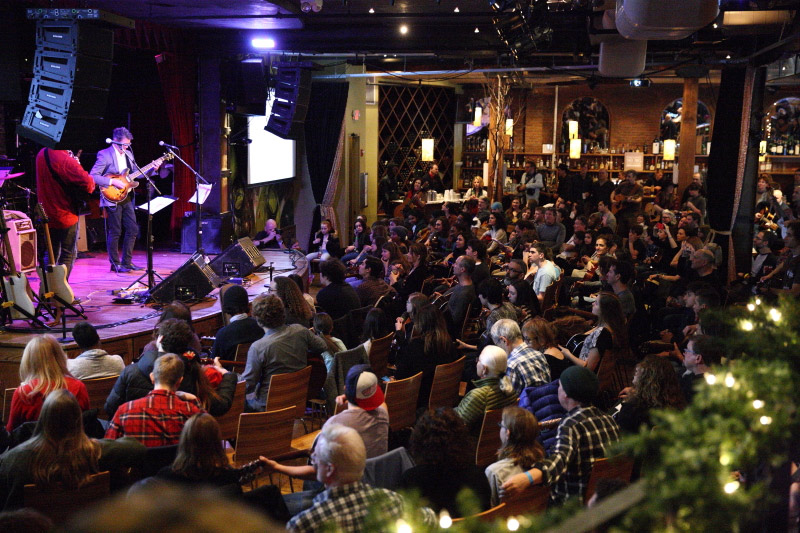