<img src="http://www.qromag.com/wp-content/uploads/2012/06/cloudnothingsmay9.jpg" alt="Cloud Nothings : Live" />‘Ferocity’ is a word that can be used to describe Cloud Nothings' Cargo show in London. ... 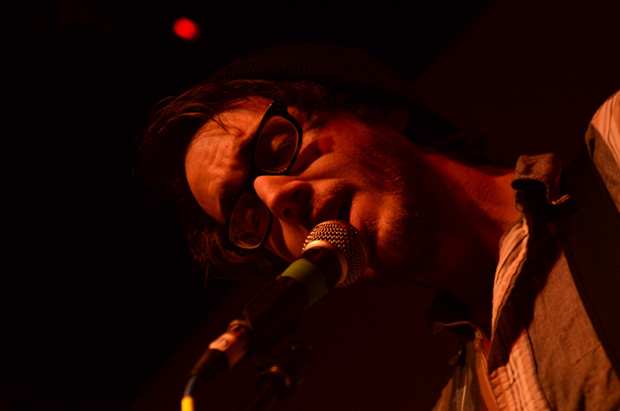 Click here for photos of Cloud Nothings at SXSW 2014 in Austin, TX in the QRO Concert Photo Gallery

Click here for photos of Cloud Nothings at Terminal 5 in New York, NY on October 15th, 2012 in the QRO Concert Photo Gallery

Click here for photos of Cloud Nothings at 2012 Beacons Festival in Skipton, U.K. in the QRO Concert Photo Gallery

Click here for photos of Cloud Nothings at CMJ 2011 in New York, NY in the QRO Concert Photo Gallery

Click here for photos of Cloud Nothings at Doug Fir Lounge in Portland, OR on March 25th, 2011 in the QRO Concert Photo Gallery

The Ohio based Cloud Nothings are a band that have undergone a lot of changes since their first EP in 2009.  Listening back to Turning On and their self titled album compared to the absolutely stunning Attack On Memory (QRO review) released earlier this year they feel like a completely different band.  Gone are the lo-fi pop affiliations that tarnished the bands first two releases, being replaced by one of the most ferocious rock albums of the last few years and certainly one of the biggest surprises this year.

‘Ferocity’ is a word that can also be used to describe their Cargo show in London on May 9th, right from the word go instruments were getting broken, fans were going nuts and the atmosphere in the mega sold out show was phenomenal.  Cloud Nothings are a proper rock band now, there’s no question about that, but if only to reiterate their rebirth, Dylan Baldi and co bounded onto stage plowing through a bottle of Jack Daniels, throwing beer and bananas (make of this what you will) at the crowd and stormed through “Stay Useless”.

You could tell that the crowd were chomping at the bit to let off a little mid-week steam and go nuts, plus with the timing of the show, Attack On Memory has been out just long enough for the fans to know every word, beat and riff so were just waiting for a song like “Separation”, the three-minute punk instrumental.  Thankfully they didn’t have to wait long as the band played it third in a set made up entirely of the new album.  The massive pit opened up at the front with Baldi spitting his gum right into the centre of it.  We had a few breaks in between the rip roaring set due to the over enthusiastic drummer breaking his snare drum and then a symbol.  This all added to the unique performance and just meant that the bass player had time to give out more bananas. 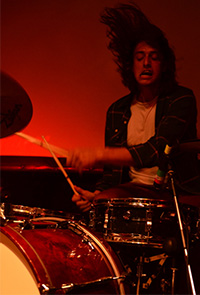 Cargo as a venue does have a tendency to ruin gigs that it puts on, whether it’s the horrifically rude bouncers, the ridiculously overpriced drinks or that the sound is often crap, there is usually something that happens at Cargo which bugs the hell out of you, but this night, even the bouncers were on good form, and in terms of sound, Cloud Nothings absolutely smashed it from the word go.  That is of course, until the power cut two songs before the end meaning the band played in total darkness without mics, bass or most of their guitars.  This problem was never fixed so their encore “No Future/No Past” ended up a semi-acoustic venture with the crowd screaming the lyrics at the band and shining iPhone torches at them.

This really was one of those gigs that come about rarely.  Cloud Nothings have a masterpiece on their hands with Attack On Memory and a fantastic live show to boot.  One can imagine these guys tearing up much bigger stages in the not too distant future. 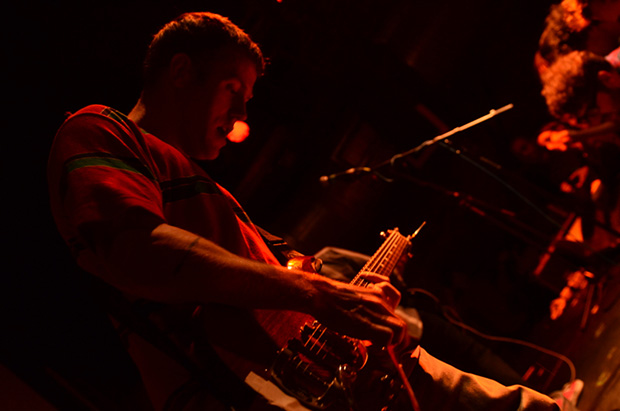