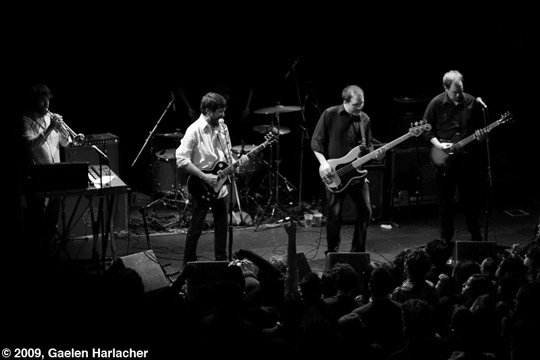 The crowd was bursting with excitement.  The songs performed spanned their entire career, from new tracks to crowd pleasers to long time favorites.  Once the first few notes of songs became recognizable, fans would let loose.  The uncommon reactions of some made you wonder if you were at a rock show or at a sporting event.

Cursive delivered a tight, energetic two hour long performance.  Fortunately, the influence of anger and alcohol seemed to be at a minimum on stage.  Having seen them twice, tonight was the best by far. 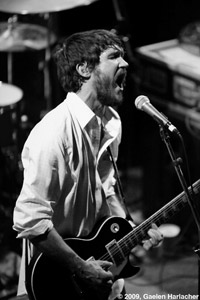 The Game of Who Needs Who the Worst
Mama, I’m Swollen
Bad Sects
Sierra
Into the Fold
Staying Alive
Opening the Hymnal/Babies
The Great Decay
Some Red Handed Sleight of Hand
What Have I Done?
The Martyr
Art Is Hard 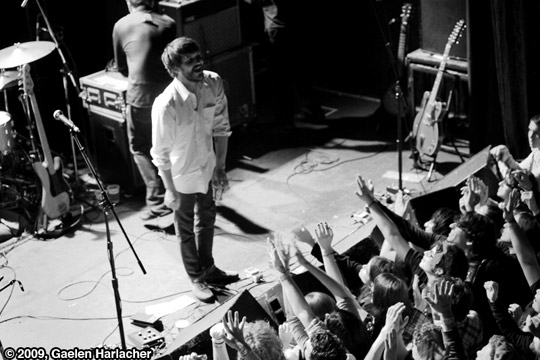