<img src="http://www.qromag.com/wp-content/uploads/2009/10/cymbalseatguitarswhythere.jpg" alt=" " />Even Staten Island's getting in on the indie-rock game, in the form of Cymbal Eats Guitars' <span style="font-weight: normal">jumbled but promising debut.</span> ... 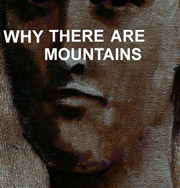 There’s a certain hierarchy to the boroughs of the Big Apple, and that’s only heightened in indie music: there’s Manhattan (a.k.a. ‘New York’ – it’s the other boroughs that have to list their own name…), then Brooklyn, and then everywhere else.  Queens gets some Brooklyn spillover, while The Bronx has… the ‘The’ in front of its name.  And that’s it.  Oh, there’s also the ‘fifth borough’ – New Jersey, mostly Hoboken, thanks to Maxwell’s (QRO venue review) & Yo La Tengo (QRO live review).  But in reality, there’s still that actual fifth borough, Staten Island, just a ferry ride south of Battery Park – but seemingly a world away.  However, even that forgotten isle is starting to contribute to indie-rock, in the form of Cymbals Eat Guitars jumbled but promising debut, Why There Are Mountains.

Click here for photos of Cymbals Eat Guitars at 2010 Sasquatch! in George, WA in the QRO Concert Photo Gallery

Click here for photos of Cymbals Eat Guitars at SXSW 2010 in Austin, TX in the QRO Concert Photo Gallery

Click here for photos of Cymbals Eat Guitars at 2010 Harvest of Hope Festival in St. Augustine, FL in the QRO Concert Photo Gallery

Cymbals seem to have soaked up all sorts of alt-flavor from the city ‘proper’, but have some real trouble organizing it.  Mountains starts off strong, with the explosion right at the get-go of opener "And the Hazy Sea", which nicely mixes those explosions with reduced moments.  But there are so many styles, not just track-to-track but within tracks, that by the middle of Mountains, things get muddled & overdone, such as with the sad "Cold Spring", then psych-big "Share", then psych-small "What Dogs See", then bright "Wind Phoenix".

Click here for QRO’s review of Cymbals Eat Guitars at The Troubadour in Los Angeles, CA on September 19th, 2009

There is one strong reoccurrence, on the second & second-to-last tracks, "Some Trees" & "The Living North", whose speedier guitar rock not only has real pressure, but also uplift and even catch.  Yet Mountains wastes that momentum after both songs; final piece "Like Blood Does" is a seven-and-a-half minute odyssey, first a small cry, then crashing, but also pop-bright, leaving it too muddled & too long.

However, there is definite promise on Why There Are Mountains.  Self-released, the Staten Island four-piece could really use a trip north on the ferry (it’s free…) to find a producer & a label to crystallize what the band’s got.

MP3 Stream: "And the Hazy Sea"