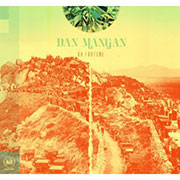 Like 2010 before it, 2011 was a career year for Dan Mangan.  Acclaim from stellar live shows gained the fast rising Vancouverite sold out dates across North America, Europe and Australia.  He nabbed a coveted record deal with Toronto label Arts & Crafts, with whom he raced up several international music charts.  Towards the end of last year, Mangan also released the follow-up to Polaris Prize-shortlisted and Verge Music Award-winning Nice Nice, Very Nice (QRO review).  Lofty expectations for Oh Fortune coupled with Mangan’s dramatic and oft-unnecessary stylistic shifts, though, put the singer’s odds of greater prosperity in 2012 on the line in this expansive effort.

Click here for photos of Dan Mangan at Arts & Crafts Field Trip Festival in Toronto, ON, Canada in the QRO Concert Photo Gallery

Click here for photos of Dan Mangan at Webster Hall in New York, NY on June 5th, 2012 in the QRO Concert Photo Gallery

Click here for photos of Dan Mangan at 2011 Sasquatch! Music Festival in George, WA in the QRO Concert Photo Gallery

Click here for photos of Dan Mangan at Music Fest NW 2010 in Portland, OR in the QRO Concert Photo Gallery

Fortune takes off with a sweeping string section on “About As Helpful You Can Be”, a brass tinged, ambient hint of Nice Nice, Very Nice on “How Darwinian”, and an explosive ballad in “Post War Blues.” While all three sound fantastically well put together, these pops, cracks and punches almost take away from the Canadian’s notoriously good craft.  Oh Fortune is tight as it is epic, but there’s no shaking the idea that songwriting which took Mangan to such great heights has now taken a back seat to expansive studio arrangements.  That’s not to say this is a negative direction, merely an interesting one for the man who, not three years ago won fans over with the lyric, “Sold my sold to the devil for a nice penmanship / and now I write real pretty / But I’m starting to regret it.”

It’s not all big band epics though, and the album slows to a familiar pace on a couple occasions, quite notably on “If I Am Dead”.  However, no matter how leisurely he strums, Oh Fortune makes one thing very clear: Dan Mangan is now a five-plus-piece project, as opposed to the one man, modest troubadour we made him out for.  There are a few underwhelming numbers here, but if the roaring, ethereal vocals on standout Rows of Houses and the driving, infectious tone of aforementioned Post War Blues are any indication, the one man band may be one thing best left in 2011.

Joyce The Librarian : The Weight of the Line EP