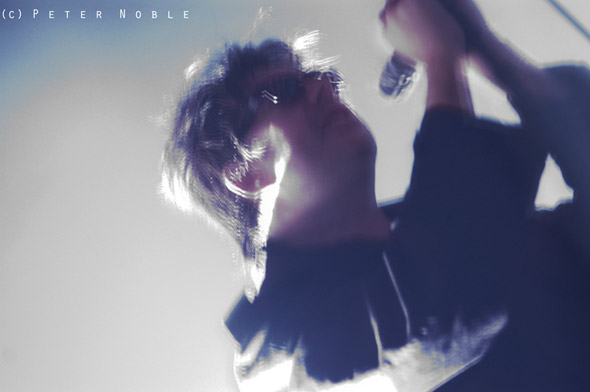 Click here for QRO’s review of Echo & The Bunnymen playing Crocodiles and Heaven Up Here at Paradise in Boston, MA on May 9th, 2011

In a month that Michael Stripe and R.E.M. (QRO album review) decided to hang up their boots, Ian ‘Mac the Mouth’ McCulloch was just warming up.  The evening of Sunday, September 25th at Birmingham Symphony Hall was a night of elegance and civilised appreciation of Echo and the Bunnymen’s 1984 album Ocean Rain.  The frontman had an opinion on everything as he grumbled away in his – often difficult to interpret Liverpudlian accent.  He was in a zone and he was giving it both barrels.

McCulloch was having a ball as he attempted to start a full blown scrap as he announced (jokingly) to the audience that Aston Villa manager Alex McLeish was in the building – cue various supporters of Villa and Birmingham City exchanging derogatory comments about each other.  The cheeky McCulloch allowed this to stew for a while, before suggesting people sort it out themselves.

During the show McCulloch shared with us many enlightening facts, such as that his old man had unfeasibly large testicles, Oasis were masturbators, and their new stuff sounded like crappy b-sides.  X Factor head judge/former Take That frontman Gary Barlow was a ladies female bit down below and that he had a stupid smirk, due to the drugs he was clearly knocking back.

The recent rioters also came in for some similar distain, as Mac almost seemed to defend David Cameron…  Clearly McCulloch was not thinking straight and the beverage he sipped through ought the night was clearly doing the job.

Birmingham is maybe not known for being one of prettiest cities in the U.K., but the location of The Symphony Hall sits in the popular Broad Street area of the city.  Gone are the factories that once stood around the canal.  They have made way to trendy bars, modern glass buildings and a plaza area where the impressive 2,262-seat venue sits, a venue that was built in the early ‘90s with its large reception area housing several bars on all four levels.

The inner hall shone with golds, reds and oranges, as though to herald the early days of autumn.  It’s an impressive sight and modelled upon the Musikverein in Vienna and the Concertgebouw in Amsterdam (QRO photos).  It was a perfect venue to witness one of the greatest albums of the ‘80s being played in full.  It was an album, which was forged in The City of Light – the majestic city of Paris.

The Bunnymen took to the stage in front of a sold out audience, kicking things off with “Rust” a beautiful track which married itself beautifully with the six beautiful violinists who sat behind McCulloch in black skirts, their hair lacquered up to give the evening some real grace.  Mac acknowledged this with the only way the cheeky Scouser could, “I’m made up with a sex-tet behind me…”

Echo offered a rare outing for “Bedbugs and Ballyhoo”, with its brushing drum strokes and keyboards similar to Ray Manzarek and The Doors, and that’s probably because the afore mentioned laid down the original ivories for the track.

The first set contained varied tracks amassed from eleven albums (ten with McCulloch) from the Bunnymen discography that has spanned 30 odd years.  “The Fountain”, the title track from the most recent of studio albums was well received, and proved that the writing partnership of McCulloch and Sergeant isn’t spent yet. 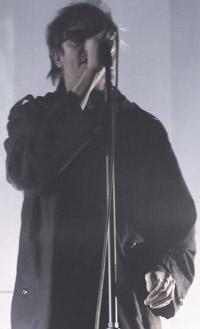 There was another chat before launching into “Never Stop”.  The civilised audience in the four-level venue still remained in their seats and Will Sergeant used a wine glass to sip his London Pride beer, such was the sophistication of the evening.  Mac was at ease and proclaimed he was looking forward to the London Palladium, and was hoping he might get some work there, like “Tar Brush” – giving reference to Liverpudlian comedian Jimmy Tarbuck.  Next up was “In The Margins” from their 2005 album Siberia.

Mac – “The Bunnymen love Birmingham, most of our roadies seemed to be from Brum”.  Reference was given to one roadie (Bully?) who now apparently owns a haulage firm in America.  The frontman announced the last song of the first set had arrived and that people should take the opportunity to go to the bar.  A smart comment from the crowd asked if Mac was buying?  This was promptly met with “Am I buying?  Are you Scottish?”  The classic “Rescue” from the 1980 debut album Crocodiles was impressive with the addition of the strings, and the audience started clapping along and a couple on the second level danced together.  McCulloch has ‘crooning’ off to a fine art, and often he will take Bunnymen songs into a place for a moment to embroider in other classic songs by other artists.  During this occasion, he still found time to say, “Those who are not clapping should be ashamed of themselves!”

The Bunnymen left the stage and those that didn’t go to the bar could settle back and listen to David Bowie’s “The Rise and Fall of Ziggy Stardust and The Spiders from Mars”, which came over the speakers.

Down to business and The Bunnymen returned to the stage draped in suits, except for McCulloch, who hadn’t made the effort.  “The World’s Greatest Album,” proclaimed the modest singer and you know?  He just might be right.  Sergeant had moved onto a glass of red as he effortlessly gave a guitar master class with just a small simple sidelight illuminating him with his greying beard.  “Feel free to stand,” said McCulloch as “Nocturnal Me” swept over us with Sergeant on his stunning twelve-string red Vox Teardrop guitar.

“Crystal Days” finally saw some people out of their seats.  “You’ll be stood up in a bit and I’ll be sat down,” joked McCulloch.  “Thorn of Crowns” was introduced as once being voted in the top ten of most “shittiest” lyrics by Face magazine.  Mac was quick to chip in, that in fact they are the best lyrics in the world. 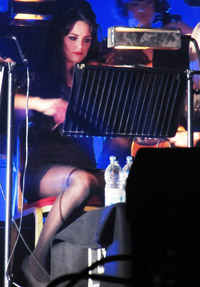 Name one Echo & The Bunnymen song and most people would say “The Killing Moon”, such is the influence of the song it has appeared on the soundtrack for cult classic film Donnie Darko and has seen artists such as Pavement (QRO live review), Nouvelle Vague (QRO spotlight on) and Grant-Lee Phillips (QRO live review) cover the song that Ian McCulloch often refers to as “the greatest song ever written.”  This was the cue for the people of Birmingham as they pushed to the front of the stage and bounced around and sang every note to “The Killing Moon”.

The album ends with the beautiful gathering hurricane and crescendo of “Ocean Rain”.  It’s a song that brings the hairs up at the back of the neck as it builds and builds, before crashing those who stand in its way on the rocks, leaving the audience wanting more, hoping the night wouldn’t end.

The band returned to the stage and there were calls for “Angels and Devils”, which gave Mac the perfect opportunity to talk about football.  “The devils are in Manchester [nickname for Manchester United] and angels are from Birmingham,” beamed a cheeky McCulloch.  He further went on to say, “In Manchester last night I told them how much I loved them…” (there was a delay and a level of sarcasm.  [editor’s note by editor: to understanding of why – look up Liverpool vs. Manchester rivalry] “I do really…” (continued Mac before delivering) “…but there are some miserable bastards there!”

“Nothing Lasts For Ever” was a bit of a pig’s ear as McCulloch forgot the lyrics and genuinely seemed to be struggling to maintain the flow.  At one point he grabbed guitarist Gordy’s guitar as if to make out.  He was the one getting it all wrong, but it was all part of the fun and no one seemed to mind. 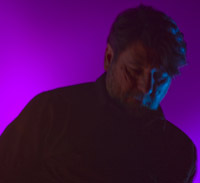 Mac introduced the next song as “The sexiest song in the world.”  “Lips Like Sugar” saw McCulloch for once move away from being propped up against his mic stand and wander to the front of the stage and during one of those quiet chilled out ‘crooning’ moments, the audience were treated to the five minute outburst regarding rioters, Oasis, Barlow and co.  The audience loved it laughing along, which only appeared to spur Mac on to think of whom else to slag off.  As they left the stage following McCulloch’s rant, the always down to earth, mellow proper nice bloke that is Will Sergeant – quietly uttered into the mic “peace” and wandered off.

The Bunnymen returned for one more encore and a solitary track in “The Cutter” from the prelude album to Ocean Rain – Porcupine.  McCulloch also described this as “The best song in the world,” to go with the many more songs these ‘scallies’ have created, that they could probably lay the same claim to.

For recording of the show, go here: http://forum.villiersterrace.com/viewtopic.php?t=3742

Erasure – “When I Start To (Break It All Down)”