While still good, unfortunately struggles a bit to stand out in today’s chock-full airy electronica scene.... 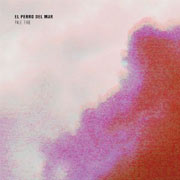 Sarah Assbring – a.k.a. El Perro Del Mar – emerged from the same pool of Scandinavian songstresses that gave us the likes of Lykke Li (QRO album review) and Anna Ternheim (QRO album review) a handful of years ago, during the ‘Swedish Invasion’ (QRO’s Swedish Sensations), with From the Valley To the Stars (QRO review).  She followed that up a year later with Love Is Not Pop (QRO review), a record that fleshed out Assbring’s ethereal indie-pop.  It’s been longer for Pale Fire, which, while still good, unfortunately struggles a bit to stand out in today’s chock-full airy electronica scene.

Assbring does balance her ethereal nature fairly well on Fire, such as in the title track/opener – floats nicely, but doesn’t float away.  She also has some dance moves to throw in there, like on the following “Hold Off the Dawn” – again, she’s not out-and-out dancetronic, but nicely leavens it in there.  Still, one largely can’t help to think that you’ve heard this before – perhaps somewhere between Beach House (QRO live review) and Grimes (QRO live review), if still a nice combination of the airy House and dancey Grimes.  Assbring also can balance between light and dark – see light in heft, dark in tone “Dawn”, but also the light in both “I Was a Boy”, but that’s also not anything new.

It’s hard to criticize an artist for doing well something that’s popular, and Pale Fire is still a nice album, if not a revelation.  There are moments of more – see the grooving El Perro Del Mar on “Walk On By” – but it could use more moments of more.