<img src="http://www.qromag.com/wp-content/uploads/2012/05/electricguestmay27.jpg" alt="Electric Guest : Live" />Electric Guest showed no signs of jetlag when they played Mississippi Studios in Portland, OR. ... 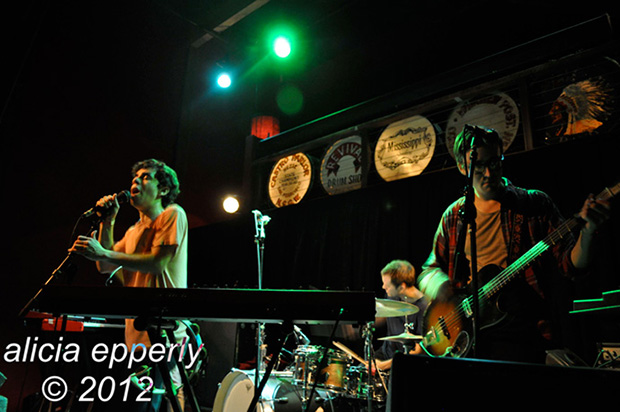 Click here for photos of Electric Guest at 2013 Live at Leeds in Leeds, U.K. in the QRO Concert Photo Gallery

Electric Guest showed no signs of jetlag when they played Mississippi Studios on May 27th in Portland, OR.  This was their last date of a 38-day tour and the band had just flown in from Hamburg on the 25th.  Then they played a set at Sasquatch! (QRO preview) on the 26th, so they had every reason to be tired.  Playing in support of their debut Mondo, the band cranked out an energetic 45-minute set for a near-capacity club.  “Under the Gun” got things underway and singer Asa Taccone was engaging and in high spirits, no doubt feeding off the enthusiastic crowd.

The original duo of Taccone and drummer Matthew Compton has expanded with the addition of brothers Todd and Tory Dahlhoff (bass and keyboards, respectively).  The band did a great job recreating the songs on Mondo.  Producer Danger Mouse played multiple instruments on the songs in the studio so it was nice to see the quartet pull it off in a live setting.  After the second song (“The Bait”), there were some technical difficulties that had nothing to do with the band.  Instead of becoming frustrated, Taccone laughed it off and told tour stories of playing David Letterman (QRO Indie On Late Night TV) and about a girl in D.C. who tried to slip him ecstasy. 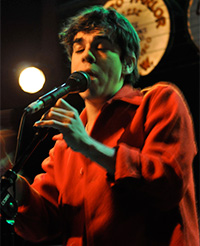 With the technical issues solved, the band kicked into “Awake” and easily held the audience’s attention throughout the rest of the show.  “Waves”, with its refrain of, “I can’t keep from falling in love”, had a Fine Young Cannibals vibe and was a more upbeat version than the studio track.  With only ten songs to work with, pacing can be tricky.  There was a lull when they played “Troubleman” and “American Daydream” back-to-back, which lasted over 11 minutes.  Still the audience cheered throughout.  Some of this was due to Taccone’s charisma and that he knows how to engage the crowd.  They wrapped up the night with tracks one and two from Mondo, “Holes” and the hit “This Head I Hold”.  Of course this sent the crowd into a frenzy, and since this was the last of their songs, the night ended on the highest of notes. 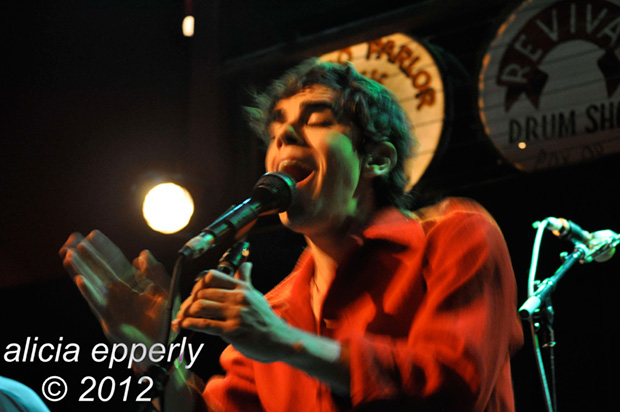 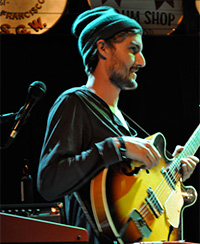 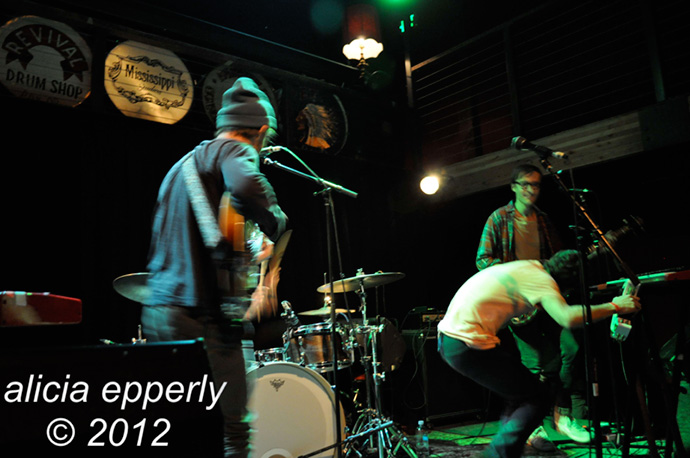