The incredibly sonically diverse band has remained that way in their triumphant return.... 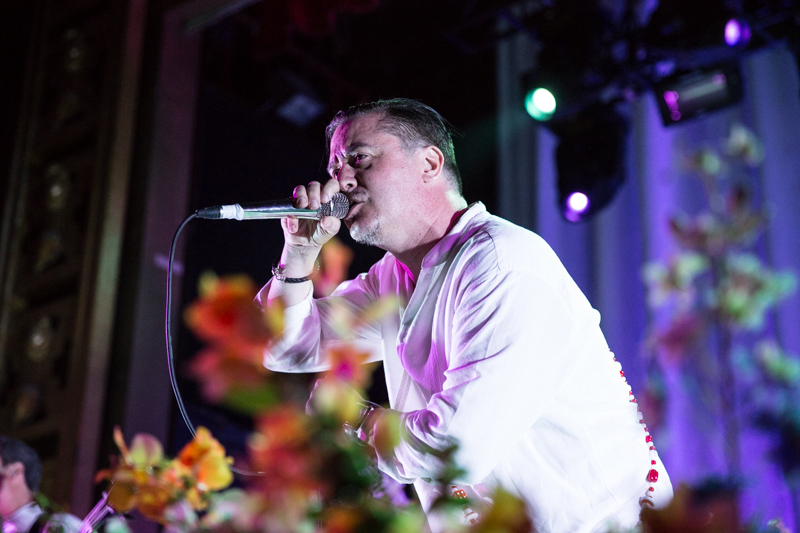 As the eighties bled into the nineties, as hard rock bled into grunge, there was Faith No More. 1989’s The Real Thing and 1992’s Angel Dust managed to appeal to both the metalheads and alt-rockers, and launched the band into worldwide success – they were both a favorite of Bill & Ted (as in Excellent Adventure & Bogus Journey), yet also did a cover of The Commodores with a video featuring transvestites. But the nineties ended, and so did Faith No More, breaking up in 1998. A decade later they reunited behind ‘The Second Coming Tour’, an aptly titled reunion tour, but would that be all? Thankfully, it was not, as the band is releasing their first new record in almost two decades, Sol Invictus, and just before its release the band played two intimate-for-them shows at New York’s Webster Hall, Wednesday & Thursday, May 13th & 14th. 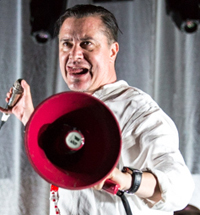 One normally wouldn’t call a show at the large Webster Hall (QRO venue review) “intimate”, but considering that Faith No More are going to be playing Madison Square Garden (QRO venue review) on August 5th, Webster’s definitely a tight fit. And it was a “tight fit,” as the sold-out space was packed to the gills with fans. Yes, they were older, and mostly male, but there were more women & youths than you might expect (and even some crowd-surfers).

Faith No More opened with “Motherfucker” from Invictus, and wise choice as it’s slow burn spoken gravelly chorus of “Get the motherfucker on the phone / The phone” wouldn’t have fit anywhere else on the set list – and the crowd gleefully sang along to it. The band was decked out in all-white jumpsuits, as were their roadies (in comparison to the all-black – in both senses of the word – security), while the front of the stage itself were standing bouquets of flowers. 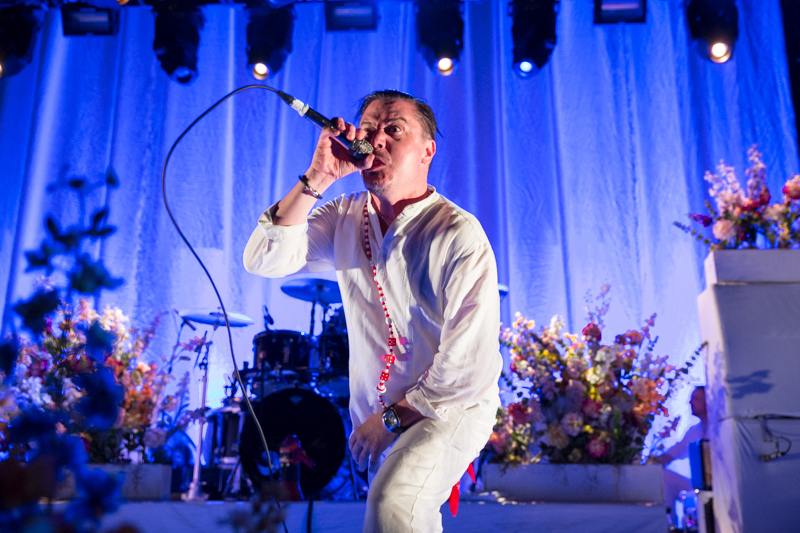 The first half of the set mostly mixed between Invictus and The Real Thing & Angel Dust, setting the crowd off. Singer Mike Patton was still able to pull off the mock-creepy therapist voice on Dust’s “Land of Sunshine” (the audience laughed when he said the song’s line “relax”, because they were anything but…) and went suitably epic for Thing’s “Epic”. But like any good Faith No More record, especially their later ones, the group alternated widely between different styles, as in between those two pieces they played the lounge-smooth “Evidence” from 1995’s King For a Day… Fool For a Lifetime. 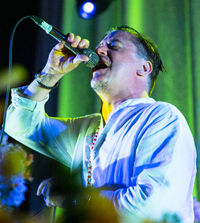 After Thing’s “Surprise! You’re Dead” and Dust’s “Midlife Crisis” (where the band let the crowd sing one chorus a-cappella, then did a disco-like take on the chorus, then closed it out proper), the performance turned to a mix Invictus with later albums like King, making for an evening overall that was weighted towards one half or the other of the set, depending on what one liked better. There were certainly many people singing along to “Ashes To Ashes” from Faith No More’s last record, 1997’s Album of the Year – though no song was more of a sing-along than “Easy”, their Commodores cover that became a big hit (and Fallon got them to play earlier that day/later that night on The Tonight Show – QRO Music On Late Night TV). It’s great that they still play a non-album cover single from over twenty years ago, because they know it’s a crowd favorite, and the genre shift was an “Easy” one for them.

That wasn’t even the last cover of the evening, with Burt Bacharach’s lounge-love “This Guy’s In Love With You” in their encore, before a second encore with what Patton described as “West Coast hippie” new song “From the Dead” to finish. Of course, other new songs had Faith No More’s hard-hitting side, like single “Superhero” or Sol Invictus’ title track. The incredibly sonically diverse band has remained that way in their triumphant return. 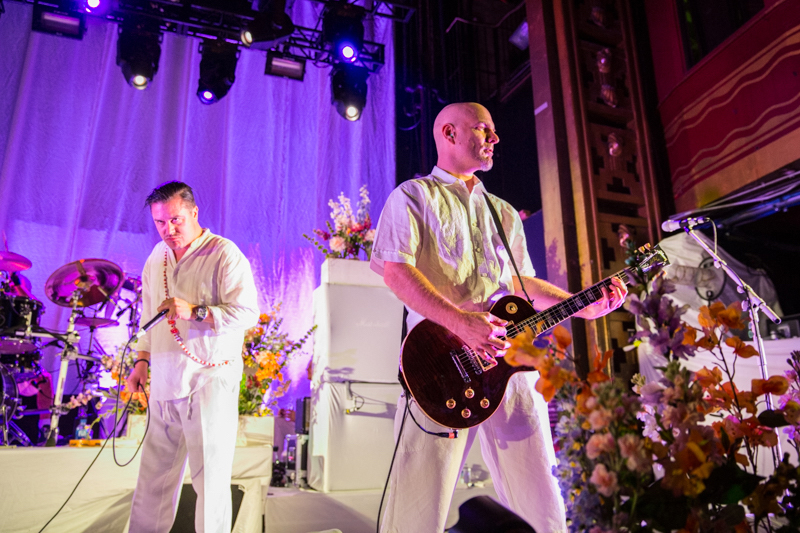