The NYC weather has been improving, and was wonderful for Fear of Men when they came to South Street Seaport.... 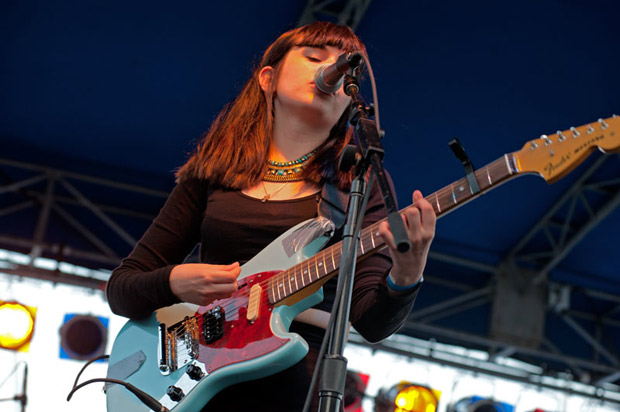 Click her for photos of Fear of Men at Bowery Ballroom in New York, NY on May 22nd, 2014

Summer ’13 in NYC had an auspicious start for music fans in Governors Ball: rain cut short the first day of the festival, and left the festival grounds at Randall’s Island a muddy mess for the two days following (QRO recap).  Rain also forced the first Seaport Music Festival show of the summer that same night indoors, from South Street Seaport (QRO venue review) to the much smaller (if at least right next door) Beekman Beer Garden.  The Grouplove show the following Thursday (QRO review) was also cut short by rain and wind at Prospect Park Bandshell (QRO venue review).  However, the weather has been improving, and was wonderful for Fear of Men when they came to South Street Seaport on Friday, June 21st. 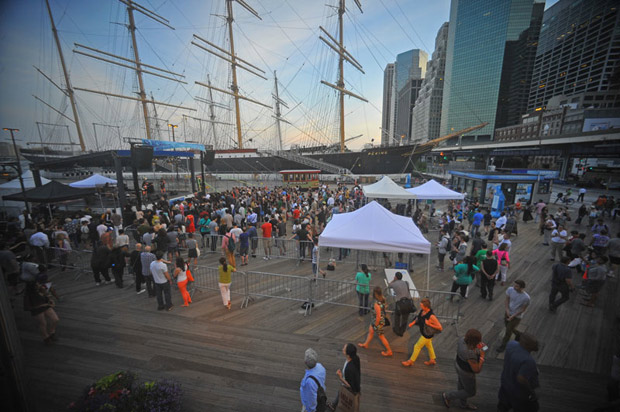 South Street Seaport seemed a bit inauspicious at the start of the show, as the long gone was the Pizzeria Uno that had long occupied the upstairs of the next door Pier 19 mall, looking directly down on the boardwalk, leaving only an abandoned space.  Perhaps a result of Hurricane Sandy, which ravaged South Street Seaport last fall, but the first-floor businesses along the pier are all up and running – and those are the ones that were flooded.  But the skies were clear on the 21st, and the only incoming threat from the East River was the loud foghorn of the water taxi. 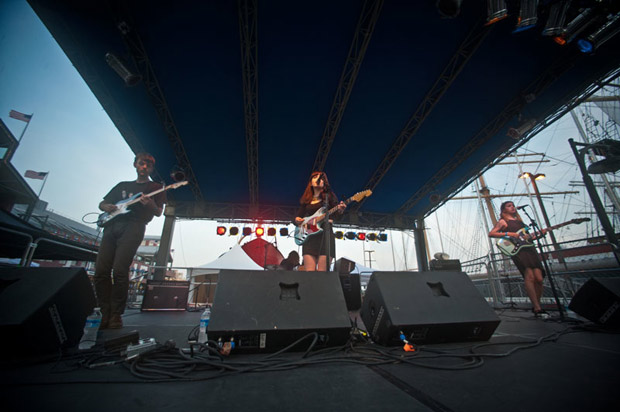 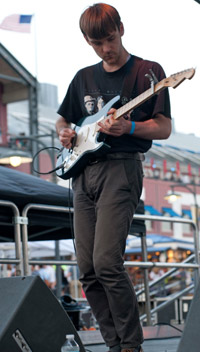 Of course, British bands are used to bad weather, but Fear of Men hail from Brighton in the south of England, long the beach resort portion of the country.  Their sound does have definite sunny elements in pieces like “Born”, but also darker in other tracks such as the early evening’s starter, “Your Side”.  The band has already started turning heads with only one full-length under their belts, Early Fragments, which itself is actually just a digital collection of their seven-inches.  The first half of their set was all from Fragments, but then the group launched into almost entirely new songs (save for Fragments’ “Seer”) like the appropriate “America”, as well as a cover of “Pink Frost” by The Chills.  Whether new or old, recent or Early, Fear of Men nicely captured the somewhat in-between nature of the start of this summer in New York, yet with a sweet relax that’ll work no matter what the weather brings. 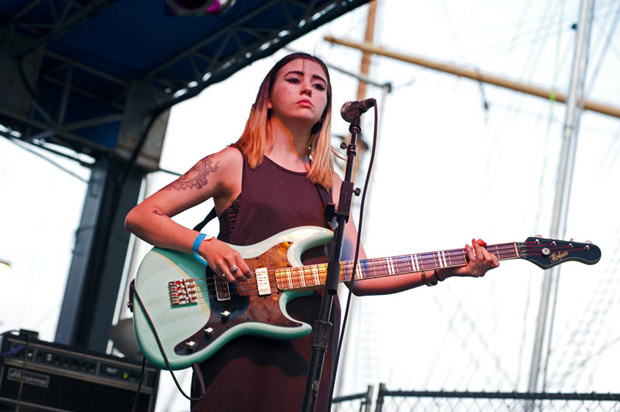 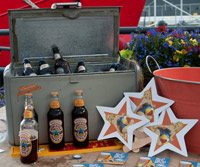 Special mention must be made of Newcastle Beer, which was giving away free beers as part of their beer launch – and special thanks to South Street Seaport being a rare open spot where one can open carry alcohol… 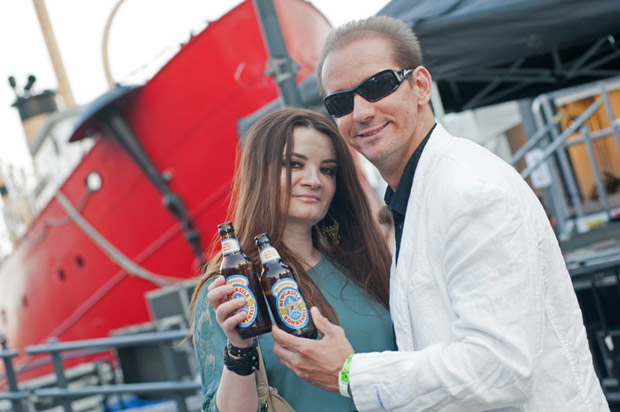