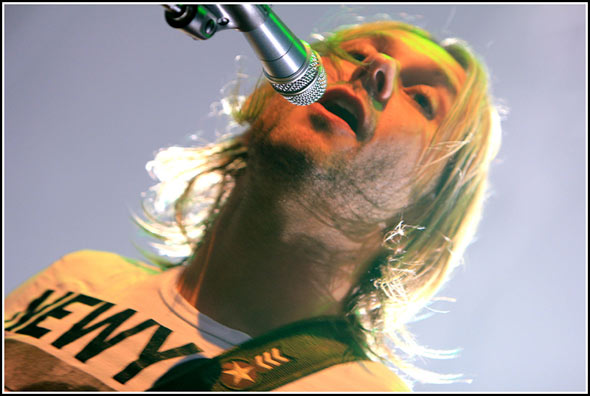 The atmosphere was immense at the O2 Academy in Leeds on Tuesday, February 8th, for the Welsh rock band Feeder.  The hall was packed and even the baloney above was at full capacity.  Photographers were even crammed in the pit at the front, around eight photographers with two security guys.  The security had a bright idea due to the high intake of photographers: Two photographers at a time 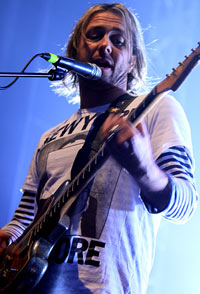 were allowed back to the pit, alternating per song throughout the show.  It was a genius plan and great way for the photographers to have another opportunity to chase the light on the low-lit stage. 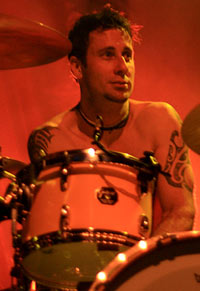 Feeder played all their memorable hits; the response was amazing.  The crowd sang along to the hits, with “Feeling a Moment” from their 2005 album Pushing the Senses being a favourite.  Women were swaying and swinging their arms over the balcony above; even the photographers were singing.

Click here for photos of Feeder at 2017 Bingley Music Live in Bradford, U.K. in the QRO Concert Photo Gallery

Click here for photos of Feeder at 2012 Kendal Calling in Cumbria, U.K. in the QRO Concert Photo Gallery

Click here for photos of Feeder at Koko in London, U.K. on January 31st, 2012 in the QRO Concert Photo Gallery

Click here for photos of Feeder at 2011 Bingley Music Live Festival in Bradford, U.K. in the QRO Concert Photo Gallery

Lead singer/guitarist Grant Nicholas’ vocals were flawless, and worked the stage with confidence and a cheeky smile.  His flamboyant Fender Jazz Master guitar sparkled as the lights began to spill over the stage. 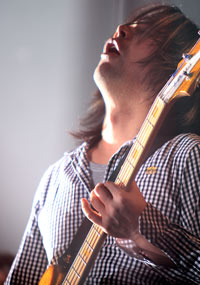 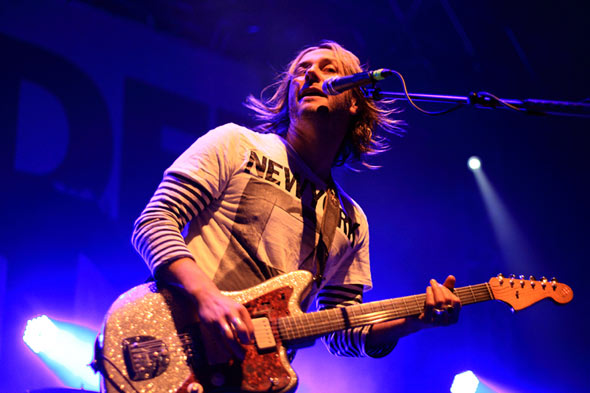