<img src="http://www.qromag.com/wp-content/uploads/2011/01/fff10d1.jpg" alt=" " />While the necessity of the new early third day to Fun Fun Fun Fest is debatable, it was a strong show from Weird Al Yankovic... 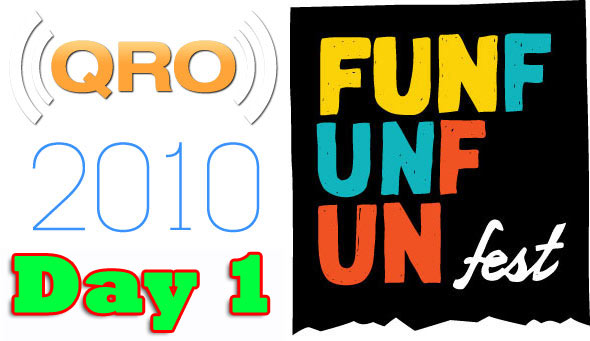 Fun Fun Fun Fest celebrated its 5th birthday this year and celebrated the milestone by adding a third day to completely fill the weekend with the darlings of the underground.  But along with progress, the festival faced fallbacks – most notably Devo’s cancellation due to a hand injury sustained by guitarist Bob Mothersbaugh.  Transmission Entertainment moved quickly to cover the giant hole in the lineup, managing to pull pop-punk legends Descendents into the mix.  Along with that seamless recovery, the weather was even on Fun Fun Fun Fest’s side.  In contrast to the downpour that marked Sunday’s show last year (QRO recap), the weekend was warm and sunny, the perfect example of a Texas November.

The necessity of a third day is debatable.  With fewer than five acts on the first night, Waterloo Park looked deserted until just before Weird Al began his two-hour set.  Surely there was somewhere in the Saturday or Sunday schedule to fit the handful of bands that made for an underwhelming start to the festival.

Click here for QRO’s review of The Apples In Stereo at Bowery Ballroom in New York, NY on April 21st, 2010

What the masses that flocked in for Weird Al missed, however, was The Apples In Stereo‘s energetic start.  For a band that has gained enough attention to appear on The Colbert Report (QRO Indie on Late Night TV), the crowd turnout was relatively underwhelming.  Their glittering, ELO-influenced style translated well to a live set, keeping the audience engaged and dancing.  The set had representation from each of their seven albums, but highlighted songs from their best-known and most recent work, New Magnetic Wonder (QRO review) and Travellers in Space and Time (QRO review).  The band almost seemed a nostalgic pick despite their still-active career.  Their placement on Friday was disappointing, as their set deserved more attention than a dead night.

Say what you will about Weird Al Yankovic, but the man knows how to put on a show.  The seasoned musician-comedian comes with back-up dancers, videos, and an arsenal of costume changes.  Aside from the constant whiz of jokes and culturally in-tune references, the band plays their catchy covers so well that you can’t help but tap your feet.  Weird Al kept his set up to date, but was sure to include some of his ‘classic’ covers for massive following.  It was cheesy.  It was funny.  It was Weird Al.

A Day To Remember