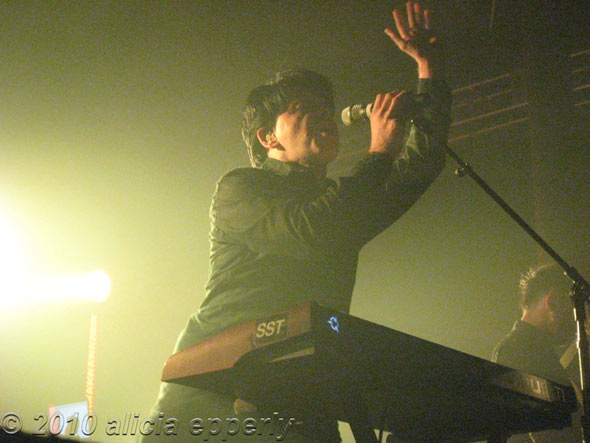 Click here for photos of Gary Numan at 2018 Riot Fest in Chicago, IL in the QRO Concert Photo Gallery

Click here for photos of Gary Numan at Brooklyn Steel in Brooklyn, NY on December 7th, 2017 in the QRO Concert Photo Gallery

Click here for photos of Gary Numan at SXSW 2014 in Austin, TX in the QRO Concert Photo Gallery

Click here for photos of Gary Numan at 2013 Bumbershoot Festival in Seattle, WA in the QRO Concert Photo Gallery

Click here for photos of Gary Numan at 2011 All Tomorrow’s Parties in Minehead, U.K. in the QRO Concert Photo Gallery 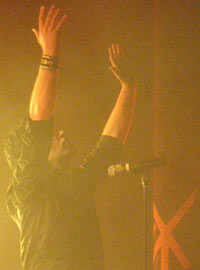 Numan brought his 30th anniversary ‘Pleasure Principle’ tour to Portland, OR on Monday, November 1st, playing the Roseland Theater.  The concept behind the tour is to play his 1979 The Pleasure Principle album in its entirety.  It is arguably his most well known release due to the hit single “Cars”.  The multi-aged audience was mostly dressed in black and not all appeared to be here for his early material.  Since Numan rarely tours the U.S., let alone Portland, everyone was anxiously awaiting him and his band.  The evening opened with some introduction music as the crew did their last minute checks, then Numan walked on stage to a thunderous applause.  Without a word he started the first track off The Pleasure Principle, the instrumental “Airlane”.  From the opening synth sequence of song two, “Metal”, the crowd burst into cheers.  Numan’s voice hasn’t seemed to change at all in over thirty years as a performer.  He still has that distinctive, almost nasal tone to his voice that has helped him cultivate his cold, android-like presence that fits both his early synth music and the latter industrial sounds. 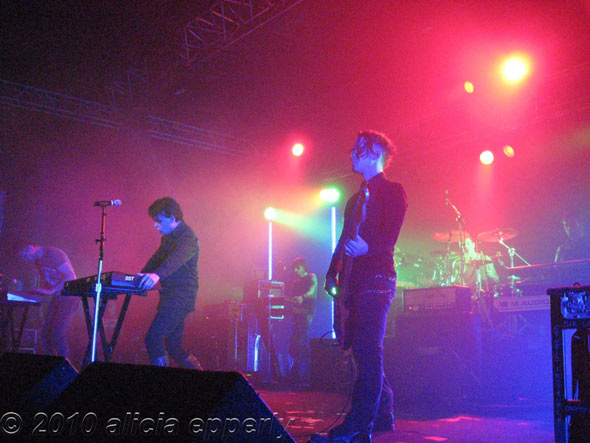 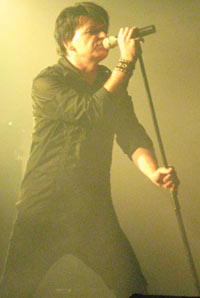 For whatever reason, instead of playing the rest of the album in order, he went into the closing track “Engineers”.  Despite the altered sequencing (see set list below), it didn’t seem to have any effect on the audience.  The beautiful paranoia of “Complex” still shone through with synthesized strings in place of the viola and violin of the original version.  Numan ended the set with “Observer”, “Conversation” and, of course the song so many wanted to hear, “Cars”.  For over three minutes, utter mania ensued and it was easy to hear why that song has endured a new wave/synth-pop classic. 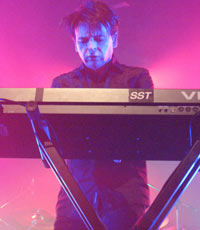 At the conclusion of The Pleasure Principle, Numan and band stepped off stage for a few minutes before returning with a guitar in hand.  The second set opened with his most recent single, “The Fall”.  The majority of songs were from Numan’s 2006 album, Jagged, and from the response, many people have continued to follow him after his ‘80s heyday.  He also played three older songs that frequently end up on ‘hits’ compilations, “Down In the Park”, “Are Friends Electric?”, and “I Die You Die”.  “Down In the Park” retained its creepiness and surely this ran through many people’s minds as they walked back to the cars after the show.  The night ended with “Prayer For the Unborn” from Numan’s album Pure (2000).  It was given a little more synth embellishment than the starkness of the original, but it fit perfectly in this live setting. 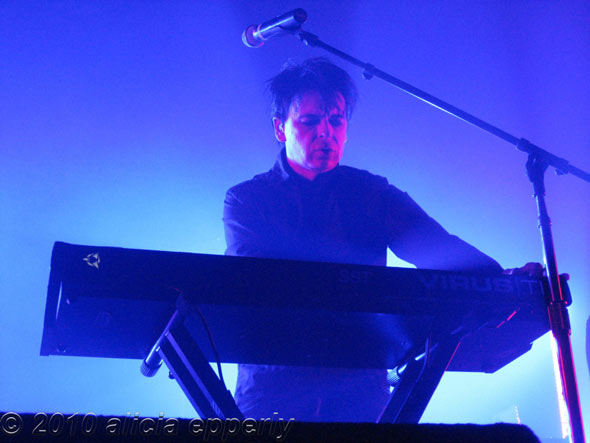 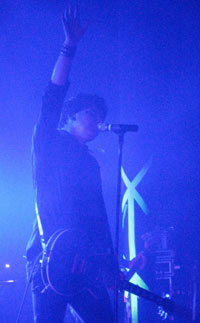 It was clear from the night that Numan retains a deeply devoted audience even though his time as a chart-topper has been over for years.  His influence on Trent Reznor and dark electronic music, and Reznor’s subsequent praise of Numan, has allowed him to continue as a viable artist after the hits dried up.  For over thirty years, Numan is still a pioneer in his field and hearing The Pleasure Principle in full proved his music has left a lasting impression. 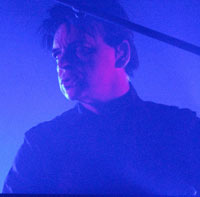 Cars
Break
The Fall
Pure
Down In the Park
Haunted
Halo
Blind
Are Friends Electric?
Encore
I Die You Die
Prayer For the Unborn 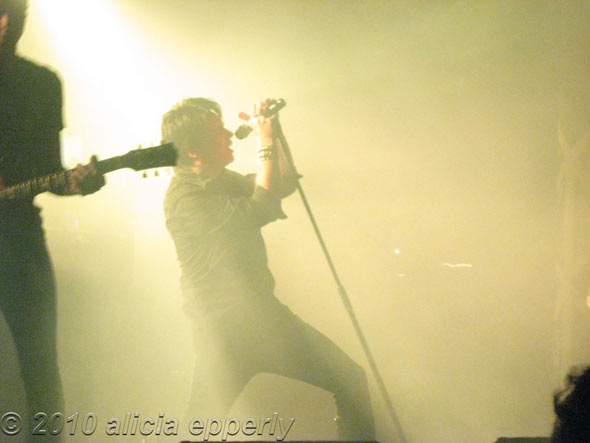