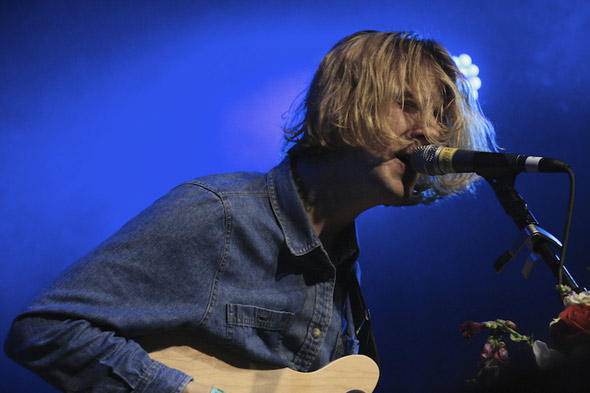 Girls flew into Lincoln Hall in Chicago on Thursday, September 29th on the wings of their latest album Father, Son, Holy Ghost (QRO review), churning out the sort of expansive, polished, professional set that makes it hard to believe the San Francisco band was ever anything except a criminally-reliable headliner.  In a night that drew heavily from the Broken Dreams Club EP and the latest LP, Girls seemed bent on distancing themselves from the band you thought you knew, the druggy surf guitar maulers, in favor of a kinder, gentler, (dare I say, country-er?) Girls that bites down so hard on the Americana that they might need a dentist appointment in Nashville. 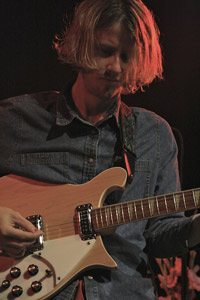 It’s significant, then, that the only clearly recognizable song from their debut Album (QRO review) was the hell-raising, three-(or so)-chord, barn-burning beauty, "Morning Light".  Anything less aggro, and the song got lost in the Girl’s current style of sound production, which is slanted towards the more delicate compositions of the most recent material.  The new Girls still have their signature electric guitar strum, along with a whole new treasure chest of bells & whistles, organs, gospel singers, steel pedal guitar, (this correspondent can’t verify whether they’ve used the last item or not – but he’ll bet his bottom dollar the answer is in the affirmative) and more. 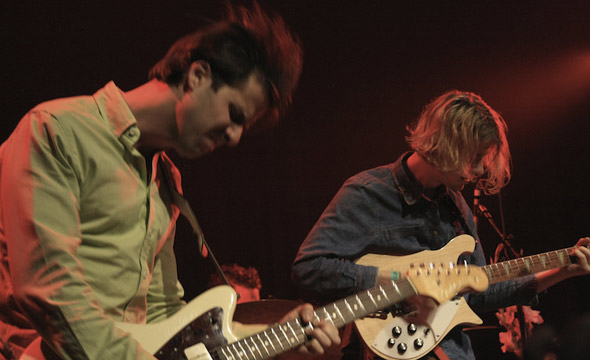 What we have here is a band that has the money to chase their growing compositional ambitions, and isn’t afraid to spend it.  The results have mostly been marvelous.  Major hits from Father, Son, Holy Ghost that got aired at Lincoln Hall included the drop-dead gorgeous "My Ma", Black Sabbath-esque "Die", and the well-traveled single "Vomit".  Both the latter song and 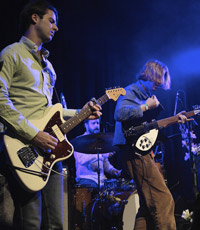 "Substance" from the EP were tackled without their glowing female vocal accompaniments, gospel or otherwise.  Girls compensated for the lack of breadth (they arrived in Chicago as a four-piece, as opposed to the legions of musicians and/or tracks it must have taken to record some of the latest material) with a few well-placed organ riffs.  The organ riff could hardly hold a candle to the incandescent he/she duet at the end of "Substance", but Girls, who have performed with the "whole crew" (gospel choir & more), did not bring the entourage to Chicago.  Alas!

Click here for photos of Nobunny at HoZac Blackout Fest in Chicago, Il on May 28th, 2011 in the QRO Concert Photo Gallery

Overall, a memorable set, yet strangely hamstrung by a cult of perfection that has overtaken Girls in their last two releases, a relentless drive to attain the kind of studio perfection that the indie world has generally given up as the sole province of major label artists (and legacy indie artists).  As if to remind the house where Girls had come from, Nobunny has been tagging along on this tour.  The scraggly, masked mix of S&M punk and Bugs Bunny 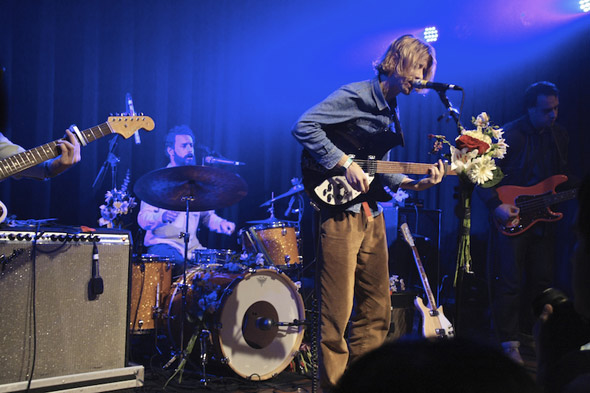 represents all the fuzzy, buzzy innocent mayhem that Girls has left in the rearview mirror.  Clad in black undies and a bare-chested leather jacket look, Nobunny was enjoying himself in his old stomping grounds.  About halfway through the set, he announced that it was the first gig his parents had ever attended.  Not a bad first gig for the ‘rents to see: Nobunny stole the show, easily providing the most bounce for your buck with his impossibly infectious throwback rock ditties.  Hopefully that was enough to smooth over the awkward "Mom/Dad, I’m going to perform in front of a live studio audience in my underwear" conversation.  Different strokes for different folks, Mom and Dad!

L.A.’s Papa opened with a workmanlike set of Americana indie, soulful gold, that probably received less attention than it should on a night where the only out-of-towners on the crowd’s mind was Girls, while the rest of the crowd was there to cheer on hometown hero Nobunny.  Can’t win ‘em all.