﻿Glass Animals light up Prospect Park with support from binki.... 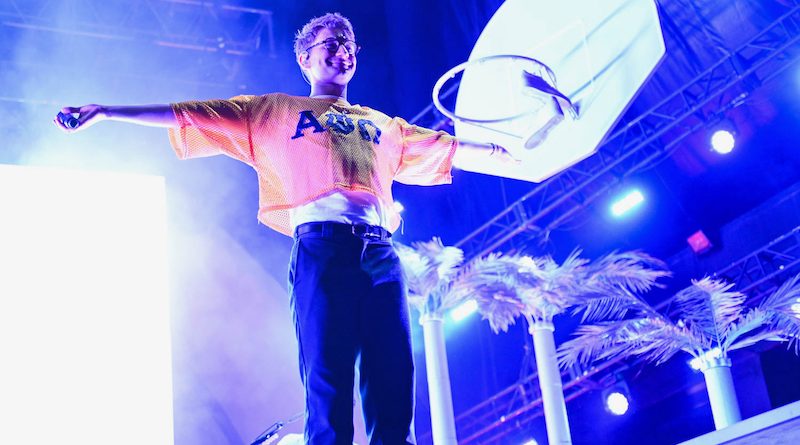 Glass Animals light up Prospect Park with support from binki

The show, likely a first for many as concerts continue to slowly ramp up in the city, began with the Philly-based rapper binki emerging from backstage in a spiky purple wig, channeling Willy Wonka with a cane, which he quickly tossed as the music began. binki is a genre-bending, eccentric rapper with quite a sense of humor that is hard to miss. He alternated accents (British, Southern) between songs, and at one point gave the audience a magic show. His songs had the audience dancing and singing along, going from R&B to pop to dance beats. Surely a unique DIY artist not to miss.

Photos of Glass Animals from Louisville Palace in Louisville, KY on March 22nd, 2022

Photos of Glass Animals from 2017 Lollapalooza

QRO’s live review of Glass Animals at ACL Live at The Moody Theater in Austin, TX on April 10th, 2017

Photos of Glass Animals at BAMCafé in Brooklyn, NY on November 29th, 2016

Photos of Glass Animals at Terminal 5 in New York, NY on September 28th, 2016

Glass Animals then arrived to a summer-themed stage complete with a basketball goal and a diving board. Fans decked out in glitter and carrying the band’s signature pineapples sang along to “Dreamland” and “Life Itself”. On the humid Brooklyn night, the crowd danced right up against the stage, and on the cooler lawn behind, singing along to favorites like “Tangerine” and “Gooey”. Frontman Dave Bayley was consistently expressing his gratitude to the crowd, a little emotional and excited to be playing in front of a crowd again. It was an excellent, feel-good, and fun show to remind New Yorkers of what makes this city great.