Out of all three of Governors Ball 2022 schedules, Sunday felt like the most excited for the headliner.... 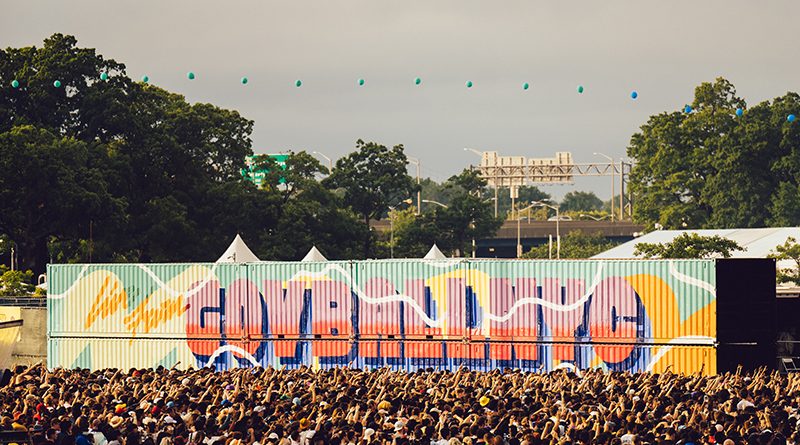 Out of all three of Governors Ball 2022 schedules, Sunday felt like the most excited for the headliner. In essence, the J. Cole t-shirts were abound, and while fans of Becky G or Playboi Carti were there. The day was filled with anticipation for him, and a devout appreciation for the phenomenal performances that came before.

Angst is growing, and that means so is the sound. Even if you’d seen Soccer Mommy a few times, at the Bacardí Stage might have been the first time you felt her edge and boiling lyrics on life’s frustrations feel more heated. Like Halsey and Blu DeTiger, the future of women in music feels pulsing with power and emotional release.

Two different types of young alt-pop came up at the same time. On the Gopuff Stage was COIN, who big electro-pop had definite appeal, if perhaps a little thin (or just young). Meanwhile on the Bacardí Stage, 100 gecs have made their own genre in “hyper-pop” – sort of like white kids who started doing hip-hop, but then continued on and made it their own frenetic thing.

Audio issues were unfortunately prominent in Day Three, which makes sense considering the light rain. Yet, Clairo pushed through and had one of the biggest non-headline crowds at the GovBallNYC; serving a unique, orchestral set that left everyone feeling as light as the clouds above.

On the Gopuff Stage, Becky G served the most pop performance. She felt like a physical manifestation of everything the music industry loves in an entertainer: catchy hooks, naughty verses, great choreography, and good rhythms. As the only Latina act, she made the Puerto Rican Day parade proud.

Sometimes festivals catch an artist who is having a big, breakout year, like Phoebe Bridgers at Gov Ball ’21 – or Japanese Breakfast on the Bacardí Stage in ’22. Yes, she’s played a bunch of festivals, and yes, she’s always been a standout. The perfect amount of sunny attitude with sad songs, she was so sweet to us, baby.

Seeing them in their own concert, can tell you that Glass Animals are worth the ticket to their show. Between visuals on the GovBallNYC Stage and their fans, to enter the “Glass Animal House” is to enter a world. While the grey skies blocked the “other-worldliness,” their set was, definitely, one of the most fun ones of the weekend.

She may have been laughing at how tight her leather jumpsuit was, but no one could stop Jazmine Sullivan from belting and riffing through her set on the Gopuff Stage. Out of all three days, Sunday felt the most unconnected or rather varied in its acts. Sullivan being a stand out.

Next to J. Cole, Kaytranada was the second act heard most people mention as a must-see beyond Becky. His mixes are acclaimed for the way they fuse into people’s body and soul. With the potential of a storm looming, his set to close out the Bacardí Stage was lightning.

In some ways, J. Cole embodied everything Gov Ball wanted to achieve: being both mainstream and yet alternative. Nearly every one of its acts, though placed in genres, felt like they spanned beyond the confines of labels, which every artist wants. One of the most thoughtful and thought-provoking artists of our time, J. Cole could not fail to end the fest on the GovBallNYC Stage, because he embodies true success.

Delta Spirit – One Is One