If everything is hipper in Brooklyn, then the hippest canal in the world has to be the Gowanus Canal.... 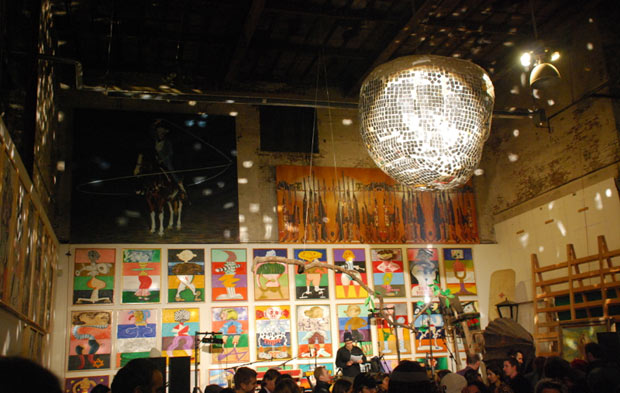 If everything is hipper in Brooklyn, then the hippest canal in the world has to be the Gowanus Canal, which runs through the borough at Red Hook and even up to Park Slope, where Williamsburg hipsters move to when they have kids (and real jobs to pay the Park Slope prices…).  It’s where famed author Jonathan Lethem’s protagonist/stand-in for himself in Motherless Brooklyn grew up, back before Brooklyn was gentrified (when they tried to switch the area’s name to ‘Boerum Hill’…).  It’s where the subway goes above ground at the Smith & Ninth Street stop – the one up multiple flights of elevators where you might be able to get a signal, but it’s a creepy silent walk across the bridge once you hit ground level.

It’s also an EPA Superfund site, which is why the Gowanus Canal Conservancy held their Winter 2012/2013 Festival benefit nearby at Ray Smith Studios on Saturday, January 12th, with local food, local drinks, and locals Avan Lava and Superhuman Happiness. 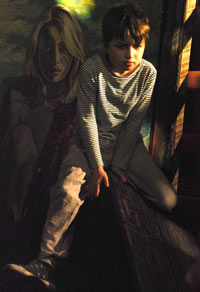 Originally scheduled for a few months earlier, the Winter Festival had been moved to January thanks to Hurricane Sandy, but that frankenstorm’s tossing of the seas only made the Conservancy’s efforts more important.  While the canal was originally a series of creeks that had been used for mills since the days of New Amsterdam (and had featured prominently in the 1776 Battle of Long Island), it was dredged and turned into a commercial shipping canal after the Civil War.  Gowanus became the most used shipping canal by World War One, but the shift to oil pipelines and container shipping after the Second World War, along with the post-industrialization change in New York’s economy, saw the canal’s significance rapidly fade.

It also wasn’t helped by environmentally poor design ideas made a century-and-a-half ago, including inadequate flushing of its waters for such an industrial canal, which became evident in the dire (for New York, the environment, and the world) seventies.  Various city, state, and federal projects to clean up the canal have stopped and started over the decades, but the rejuvenation of Brooklyn in this century/millennium saw the creation of the non-profit Gowanus Canal Conservancy, dedicated to a transformation of the canal and its community in an environmentally healthy way. 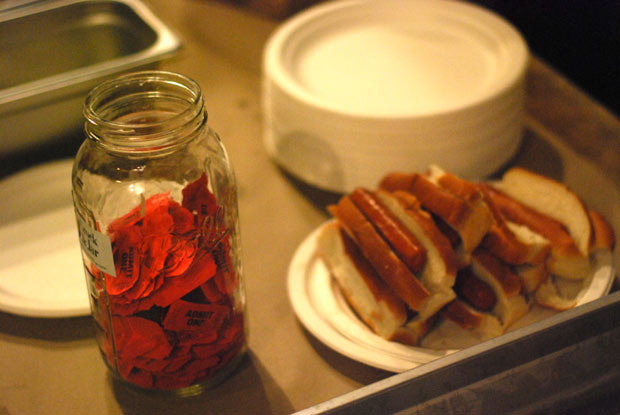 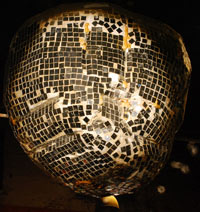 Studios warehouse.  The walls were decked with esoteric and interesting art, including the biggest disco ball you ever did see.  There was a silent auction of everything up to and including Mets tickets.  The food was a borough-appropriate

artisanal update of a comfort food classic, the hot dog by Brooklyn Cured with toppings by the likes of Mama Oh’s Kimchi and Brooklyn Brine.  And the drinks came from local Sixpoint Brewery, along with non-alcoholic beverages from GuS and Plan Tea for the many kids in attendance with their parents (it was right next to Park Slope…). 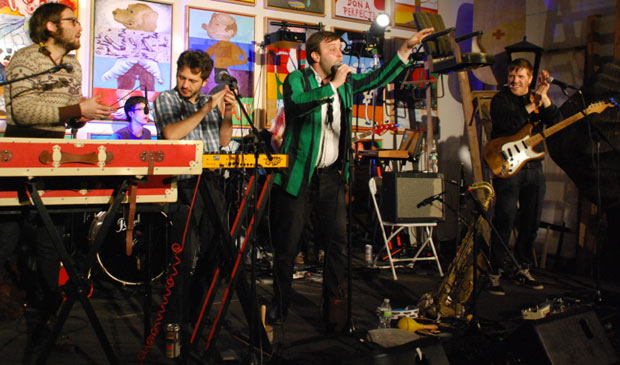 After food came the music, first with local jam-soul orchestra Superhuman Happiness.  Part of the Brooklyn Dap-Tone collective of acts (which seem to 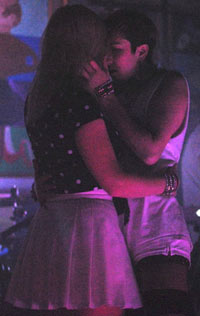 all share members) such as Sharon Jones & The Dap-Kings, Antibalas, The Budos Band, The Menahan Street Band, and more, Superhuman are part of the revival of Stax Records sounds that’s been sweeping the nation – they even had the kids dancing (though admitted that the kids all had to leave during their set, as it was past the youngsters’ bedtime…).  Then came the electro-dance of Avan Lava, with smoke machine, strobe lights, streamers, and more.  Bumped up to headliner after original headliner Mike Doughty (QRO live review) had to call in sick that day, Avan did bring the dance, with killer choreographed moves and some faux (?) lesbianism (the kids had left by this point…). 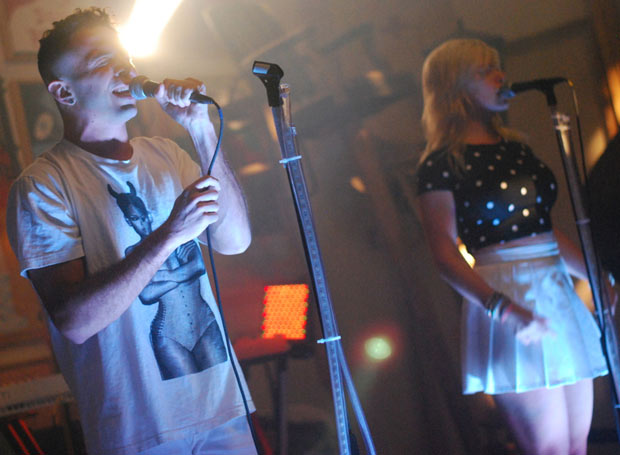 Just as how it’s only in New York where the significant & magnificent Brooklyn could be ‘overshadowed’ (though where does the basketball team of “Empire State of Mind” performer play?…), only in the Big Apple could as important a place as the Gowanus Canal not be the number one rejuvenation site.  That’s why the Gowanus Canal Conservancy brings everything from rakes to fundraisers for the effort.

Highasakite – “Son of a bitch”