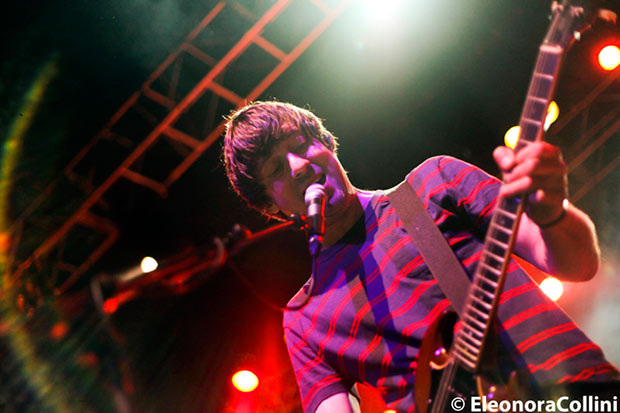 Click here for photos of Graham Coxon at The Cockpit in Leeds, U.K. on December 2nd, 2011 in the QRO Concert Photo Gallery

Click here for photos of Graham Coxon at SXSW 2011 in Austin, TX in the QRO Concert Photo Gallery

The HMV Forum in London is an enormous, beautiful venue, with tall walls adorned by golden etchings of Roman gladiators and an ornate ceiling of glazed wood and spidery chandeliers; it’s perfect for the appreciation of music, and Graham Coxon’s solo music is nothing if not appreciable.  Coxon is one of Britain’s best singer songwriters, and this is because the term hardly applies to him at all; he isn’t content to spend 90 minutes singing about a couple of his ex-girlfriends, if anything he’s a quiet guitarist with a PHD in rock ‘n’ roll.  The best tracks from his solo career have treated fans to alternative rock with a brain and a beat, and none more so then on his new synth-tinged album, A&E.

You see, it doesn’t take an entire black heart of cynicism to walk into a Graham Coxon gig and expect to be greeted with three or four thousand Blur fans, here to see the lead guitarist from Blur, playing a lot of songs that aren’t necessarily by the band Blur, and hopefully some that are, but it does require a hefty ignorance to what Graham Coxon has achieved in the last decade and a bit.  Because Tuesday, April 25th the HMV forum was full of Graham Coxon fans of all shapes and sizes – from adoring fangirls to the middle aged fella stood who spent most of the gig drawing a pretty impressive e-painting on his iPad – here to watch Coxon play his songs.  Who cares if his other musical project is playing a rather large gig this summer? 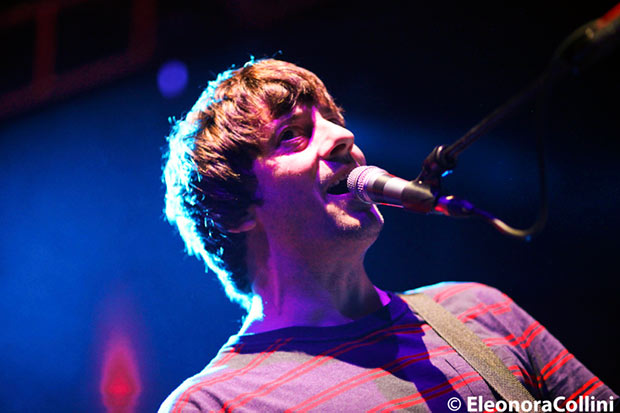 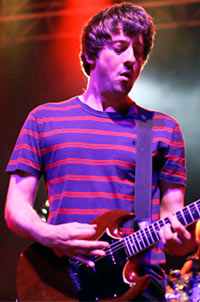 Support came handpicked by Coxon, in the shape of The History of Apple Pie, a band whose name is always tricky to fit naturally into a sentence.  Their choice was obvious; they made an ample warm-up for a night of itchy rock, with their sweetly double-girl vocals and a clear mastery of the guitar screech as an art form; set highlight "Mallory" sounded like the Cardigans dragged backwards through ‘90s Seattle.

The headline set began with "Advice" – one of many cuts from the new LP – a snarling tense track that spattered the audience with the very essence of ‘gnarly,’ inspiring the kind of warm response from the crowd that you wouldn’t expect from krautrock-styled album filler.  But you see, Graham Coxon has long since understood how to overcome the problem of his brand of rock being too intelligent to be fun in concert; live the tracks are bolstered by pure sped up energy that doesn’t come across from his studio recordings. 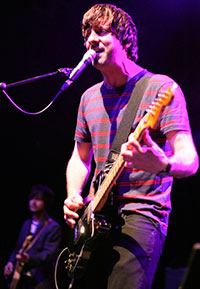 vengeance, and highlights from Coxon’s 2006 album Love Travels At Illegal Speeds such as "Standing On My Own" melted a kernel of pogoing in the middle of the crowd that slowly spread over the course of the gig.  When the tempo was turned down for a little while, it had varying success; the slow, groaning evolution of "The Truth" was watched by mesmerized sea of illuminated faces, whilst the only redeeming feature of "City Hall" was that the long stretches of unimpressive droning art-rock provide audience members with a chance to go off to the toilets and/or bar and be back in time to catch the next good song, without having missed anything important.

Despite this brief blip, the concert overall was a success.  Graham Coxon may have shown this year that he is still capable of writing exciting, innovative rock that sticks out like a sore thumb from most major label acts labeled as ‘alternative’ in iTunes, anyone paying attention to his efforts in the past should already know that.  The night’s real achievement was that these songs are turned into an exciting, enjoyable gig that doesn’t rely on any kind of pretense, and if anything, that deserves to be appreciated. 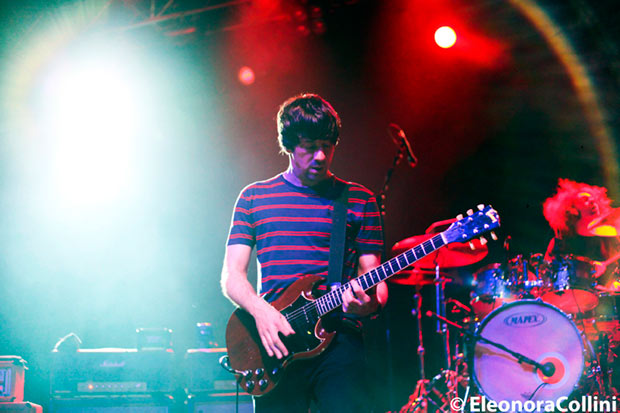