Grouplove played an intimate show at Baby's All Right - maybe too intimate.... 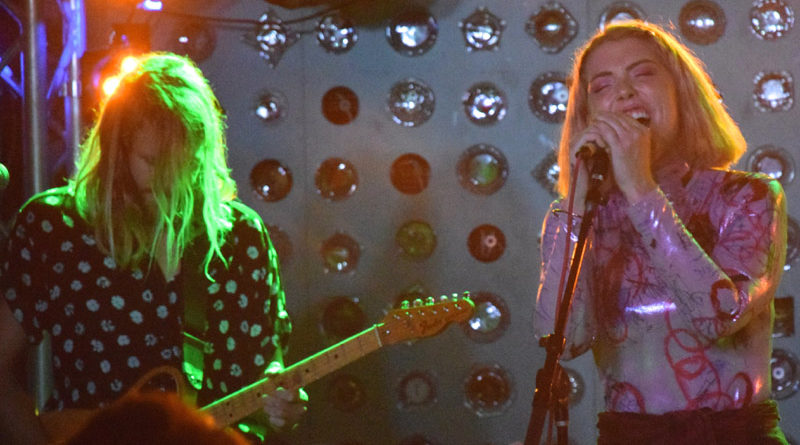 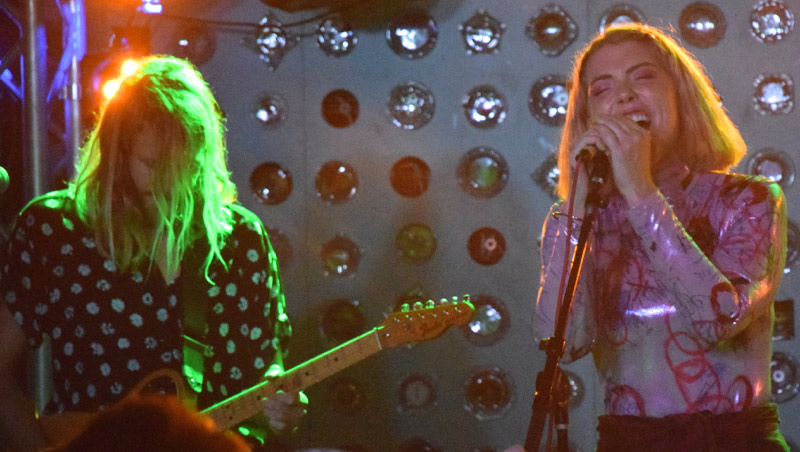 In today’s hyperspeed music industry, where acts can go from starting-out nobodies to up-and-coming somebodies to massive stars to has-beens faster than light, it’s always something special when the got-bigs play a tiny, intimate show. Such was the case when definitely-got-bigs Grouplove celebrated the release of their new album, Big Mess, by playing a late show at Brooklyn’s small Baby’s All Right on Friday, September 9th.

September 9th was the release day of Big Mess (QRO review), and Grouplove had already been packing in the action in New York. The Los Angeles group performed on CBS’ The Late Show with Stephen Colbert on Tuesday (QRO Music On Late Night TV), then again early the next morning on NBC’s The Today Show. There was a Big Mess listening party on Thursday at SONOS, and then on the very release day, the group not only did an in-store at Rough Trade NYC (QRO venue review) earlier in the evening, but also even did a special unannounced acoustic performance in Washington Square Park. Thank goodness they’re still young, because that kind of media schedule would wear out an older artist.

But Grouplove showed no sign of fatigue when they came on at just before 11:00 PM. One could have forgiven them if they did, if only for how hot the beyond-packed Baby’s All Right (QRO venue review) was. The venue/restaurant had been completely rented out for the evening, opening up the window over the bar so that those in the front room could also see & hear the action in the main back room, very thankfully, because all the bodies closer to the stage did create a definite sardines-like feeling. For some reason, the new Brooklyn space has been able to book lots of these special ‘big band playing small space’ shows – there was even an episode about Father John Misty playing there on Aziz Ansari’s Master of None, ‘Hot Ticket’. Yet the back room space at Baby’s is particularly poorly suited for such events, thanks to barriers on the stage floor for both the raised entry walkway and perpendicular ramp. When at capacity like this evening, those barriers only made the sweaty back room even more difficult to maneuver in (and with the side restaurant closed for the evening, one also had to go through the space just to get to the downstairs bathrooms). Further making things difficult was that the crowd seemed to think that they were at Madison Square Garden or something, shocked that they were packed in with people who would dare bump them, as they stood three-abreast on a one-person-wide handicapped ramp (not all fans thought they should be treated like VIP, but enough that it felt as if they all did). Grouplove’s own photographer had to climb on one of the barriers to get her shots, dealing with rude female patrons along the way.

None of this was reflected, however, in Grouplove’s performance. The band has always been upbeat and energetic, and this night was no exception (despite all their earlier activity). Celebrating the release of Big Mess, it naturally dominated the set at about half, with standouts including early piece “Do You Love Someone” and into-the-encore-break, performed-on-Colbert single “Welcome To Your Life”. But Grouplove also wasn’t stingy with their earlier hit singles, like “Shark Attack” (QRO review) from sophomore release Spreading Rumours (QRO review) to the evening’s closer, their breakthrough hit “Colours” (QRO review).

That was the band’s second encore, after also performing “Let Me In”, their contribution to the Fault In Our Stars soundtrack, and even a cover of Beastie Boys’ always-excellent “Sabotage”. There were thanks to their parents – and to being parents, like new parents/front-couple singers Hannah Hooper & Christian Zucconi – plus bassist Daniel Gleason drinking a beer out of a shoe (he, perhaps, might not be a dad just yet…). Despite the too-tight crowd and ill-arranged floor set-up, it was a special night to see Grouplove. 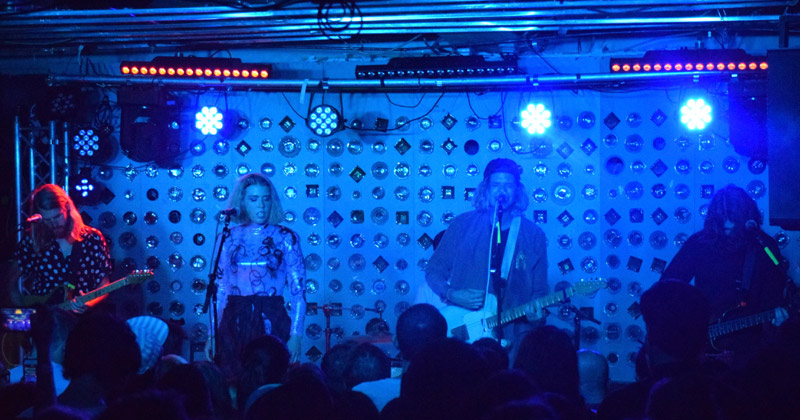