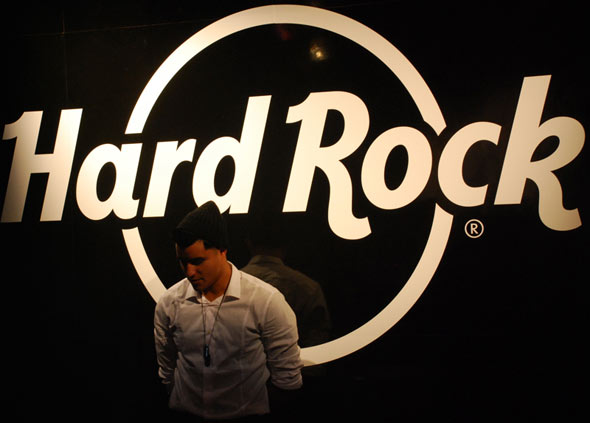 Forty years ago, Americans Peter Morgon and Isaac Tigrett started a café in London that had Eric Clapton’s guitar on the wall.  Hard Rock has since grown into 150 cafes, as well as hotels and even casinos, and on Thursday, December 8th, Hard Rock Hotels & Casinos held an event at EXIT ART NYC in New York to celebrate their success & present their plans for the future – along with food, drinks, and, of course, music. 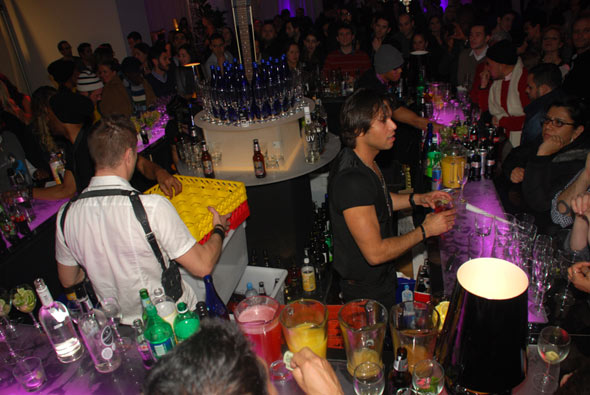 EXIT ART NYC in the west of Manhattan was suited up with everything from guitars for guests to try their hands at to a cotton candy machine – and a big bar in the middle of the room.  Indeed, there was a ‘passport’ that you could get stamped at every installation, in order to win an amazing getaway (if you’re a hotel chain, you best be offering the chance to win a getaway…).  There was even a casino in the back (though not for real money, unfortunately/for the better…), and event photographer extraordinaire Nicky Digital had his own photo booth.  And there was numerous, beautiful staff on hand throughout the place. 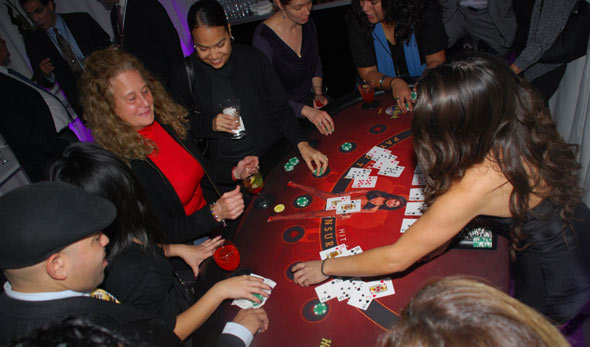 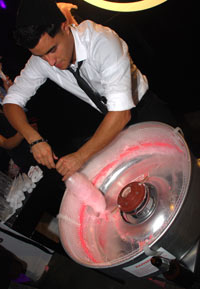 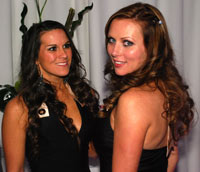 The event started at 5:00 PM, though it wasn’t until around 6:00 PM/6:30 PM that the presentation began, detailing Hard Rock’s past but also its present and very much its future, including plans for new hotels from Abu Dhabi to Hungary to Panama, and even a new casino in Atlantic City – they’ve already got hotels from Bali to Biloxi, and casinos from Macau to Las Vegas.  There’s even a new downloadable music service, Tracks. 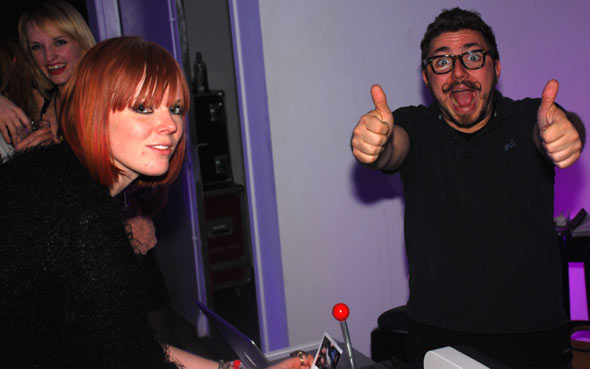 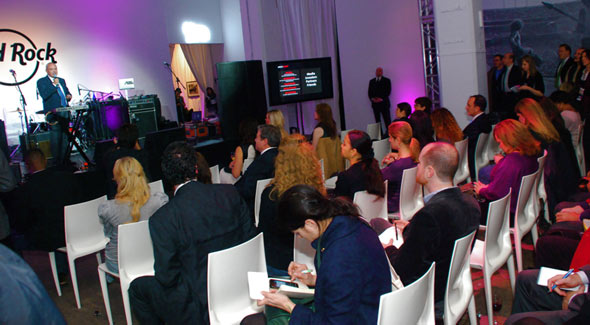 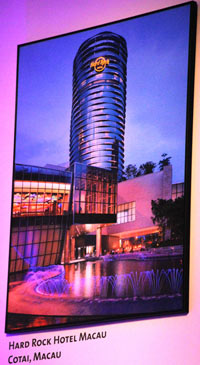 After the presentation (during which the bartenders unfortunately were told that they couldn’t serve drinks…), last-second guest U.K. buzz band Tribes played a few acoustic tracks off their new EP, We Were Children (QRO review), before rushing off to their gig at Mercury Lounge (QRO venue review).  They did take the time to get a photo with Andy Rourke, bassist of the seminal Smiths, who also played a little guitar on his own.  Later, Mayer Hawthorne & The County performed on the main stage, followed by DJ ?uestlove of The Roots & Late Night with Jimmy Fallon.

It was certainly a high-class (read: expensive) event, especially to anyone who works in the music industry (hotels can’t be illegally downloaded…), and it stretched pretty long compared to most of today’s limited open bars – though didn’t feature hard Rock investor Warren Buffett, ‘the Oracle of Omaha’, as one might have hoped.  It’s nice to see at least one business with bright plans for the future – and one involved in music, no less…