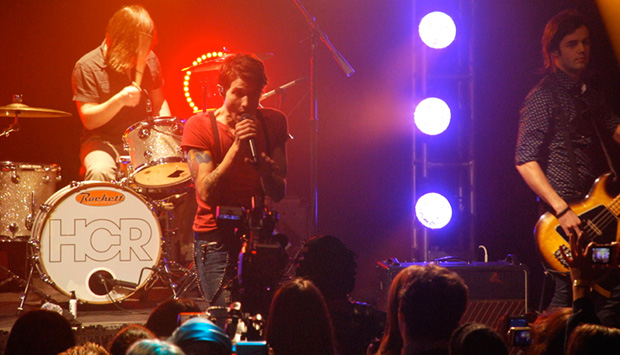 When you reach your twenties & thirties, you come to love again the things you loved as a little kid but hated as a pre-teen or teenager – but hate the things you loved as a teenager.  The teen market is oversaturated with advertisements, and with flash-in-the-pan stars, so it is pretty easy to be sick of whatever is popular with the teens when you’re no longer one of them.  But get a little further removed from your youth, start getting a few greys, and your college & post-college hipster days seem insufferable, while you begin to miss the energy of your teenage years.  And even teen-pop doesn’t seem so bad.  So even if you’re well out of the age bracket for a band like Hot Chelle Rae, who played iHeartRadio Theater on Monday, December 19th for iHeartRadio.com, there was definitely something to appreciate.

iHeartRadio Theater (QRO venue review) holds exclusive, invite/contest-winner only shows that later air on their website.  However, they’re earlier in the day than your regular ‘club show’ or even ‘stadium performance’ – but Hot Chelle Rae was particularly early, with doors at 4:00 PM, show at 5:00 PM.  This, plus happening the Monday before Christmas, limited who could make it – VIPs were either stuck at work, or off for the week (leaving easy access for those VIP who could make it to the open bar – never too early!…).  But it’s also the start of Christmas break, and the show was early enough to let your kids go into the big, bad, Big Apple, making for an enthusiastic crowd of teenage girls who sang along to every Hot Chelle Rae song.

The group stuck to this year’s 2011 sophomore release, Whatever, save for their cover of "Teenage Dream" by Katy Perry (QRO album review) – and it was admittedly a pretty accurate choice of a song to cover (plus, you knew all their fans knew that song, too…).  Other than the slow torch song "Why Don’t You Love Me?", it was a high energy, up-tempo performance, closing with the crowd putting "three fingers" in the air for "Whatever", and then ending with the band’s hit single, "Tonight, Tonight" (where they probably shouldn’t have asked, "Now, even the white kids" during the call-and-response chorus – but make up for that by referencing Zach Galifianakis).

Who knows if Hot Chelle Rae will have any staying power (they do have a song "Radio" that references Skype, and nothing is a surer sign of lack of timelessness than referencing a hit technology of the day – didn’t Gym Class Heroes have a song about MySpace?…), but there are pop groups that have stuck around – look at Hanson, the once "Mmm Bop" (QRO video) kids who are older but still making music (QRO album review), and still look good (QRO photos).  And even if you don’t listen to Hanson, there’s a certain affection you get after the years at their pop – certainly nothing like the distaste you once had for the group.  So let the kids enjoy the likes of Hot Chelle Rae. 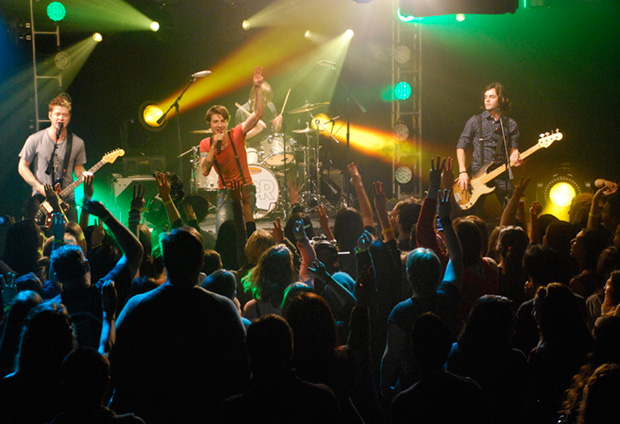