We’ve been following the exploits and latest singles by Seattle’s J GRGRY since late 2018 when he released the feisty “Imagination” (QRO review). There, the character bowed to makes... 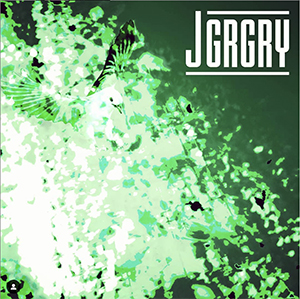 We’ve been following the exploits and latest singles by Seattle’s J GRGRY since late 2018 when he released the feisty “Imagination” (QRO review). There, the character bowed to makes amends to things and people he did wrong, in an up-tempo and flickering melody.

Then we had the sumptuous “Dinosaurs” (QRO review), where GRGRY was clearly exposing for the first time the fight he had with himself and with others about being gay, accepting he is and deciding to see the positive side of it, instead of the problems and intolerance the collective faces, day in, day out.

And finally, in late 2019, we had “Open Roads” (QRO review), where we discover the leap of faith the singer took by leaving his town, move to L.A. with his fiancé, his dog and the basic stuff to start anew and fight for his musical career and his new private life, and how he was filled with hope, despite the many setbacks he had faced up to that point and others that may come up.

Now, in the strange and uncertain times we’re immersed in, we get a new song by GRGRY. And this time, we get the feisty side back. In this case, the song is about the ending of a partnership he had with a previous producer, something that obligated him to re-start his career in many ways, including financially.

As usual, the first line gives us clues as to what the situation is:

“If you wanna go back through the forest they just put you through? / You’re welcome but I’m not going to,” followed by another equally challenging line before the chorus kicks in:

Being a song about his passion, GRGRY knows he has to fight for it so we also find passages like: “Help yourself to love instead of beating yourself up.” It can’t get much clearer than that.
But still, being a J GRGRY track, we can also apply the lyrics to other stuff: Love, relationships, friendships… Any kind of situation we have to face and deal with, won’t end well if we don’t fight for it.

“I banged out the entire song, lyrics, melodies, and rhythms in less than 30 minutes before I collapsed in bed for the rest of the day,” GRGRY recalls. “I had to go to the hospital the next day [because] I had pneumonia in both lungs. This song was a beacon of light for me through some really hard days… I feel like it came to me from a future self that knew I needed these words and melodies somehow.”

Sonically, it’s a notable twist in the shimmering pop we’re getting from J. Uncomplicated, direct, it makes for a perfect song for those who can’t enjoy music without getting hooked up in the chorus and sing it over and over again.

Because, for the times we’re in, this is the perfect anthem.

Stream “Don’t Ever Give Up” below, or via Spotify or Apple Music: