<img src="http://www.qromag.com/wp-content/uploads/2012/05/jackwhiteblunderbuss.jpg" alt="Jack White : Blunderbuss" /><br /> Jack White has succeeded in capturing the array of styles that have always influenced him, but have never quite come together... 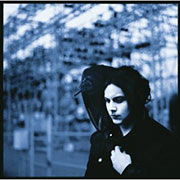 The White Stripes offered a raw, formulaic approach to song composition.  Despite how brilliant they were, it always seemed that Jack White was being held back, either by Meg’s lack of percussive dexterity or simply their chosen blues-punk musical direction.  With The Raconteurs (The Saboteurs in Australia), White began to develop a more comprehensive and diverse musical aesthetic.  Blunderbuss, his first solo record, sees a continuation of that progress, where syncopation, instrumentation, and even harmony are extensively explored.

Aside from the egregious error of covering Little Willie John’s (written by Rudy Toombs) "I’m Shakin’", the record is extremely strong and hardly diminishes – primarily due to a rotating arsenal of instruments: keys, guitar, piano, mandolin, strings, and upright bass.  White, the bricoleur, impressively dissects and re-assembles elements of the blues, New Orleans jazz, soul, funk, rock and folk so as to create a most interesting patchwork.  Tracks such as the badass "Freedom at 21", "Weep Themselves to Sleep", "On and On and On" and the swirling "Take Me with You When You Go" exemplify this genre-blend.

Explosive opening tracks "Missing Pieces" and "Sixteen Saltines" open the album with an outright rock feel, replayed down the record on the saloon-piano-drenched "Weep Themselves to Sleep" and "Trash Tongue Talker".  A sonorous variety of folk is covered on "Love Interruption", "Blunderbuss" and "Hip (Eponymous) Poor Boy", all of which are perfectly balanced between the old, the recent-ish and the new – Jelly Roll Morton meets Crosby, Stills, Nash and Young meets Iron & Wine.

Here, White has succeeded in capturing the array of styles that have always influenced him, but have never quite come together coherently.  There is nothing ‘stunning’ on this record, but it certainly was a productive, worthwhile project by the Detroit-rocker.  There is something on Blunderbuss for almost every type of music fan; if not, White’s musical integrity and desire to grow is most admirable, ‘not resting on your laurels’ as they say.

Jesse Elliott of These United States