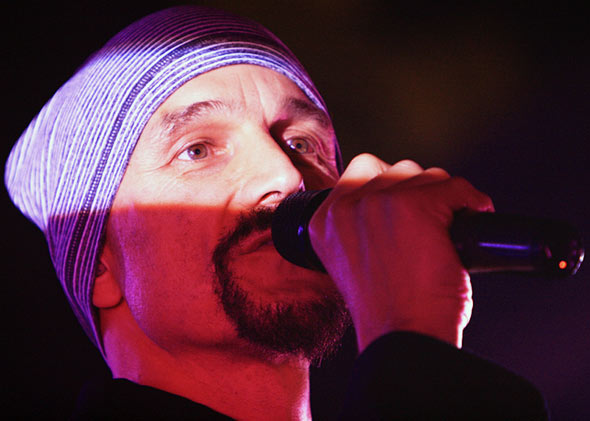 Click here for photos of James on this tour at Wonder Ballroom in Portland, OR on October 8th, 2010 in the QRO Concert Photo Gallery

James entered Webster Hall (QRO venue review) in New York, NY on September 28th via the balcony and began with "Sit Down Next To Me".  The crowd excitedly looked up towards the upper tier to be pleasantly suprized by the familiar chords of the huge hit ringing from the balcony.  Some of the fans already knew this, as they had previously been hanging over the railings with their digital cameras taking images of the set list with excitiment when they saw that their favourite was to be played.

Singer Tim Booth stood tall above the crowd and gave off strong vocals that filled the hall.  He proceeded to shake the hands of the crowd dangerously close the edge of balcony.  Tim then gave a special shout out to Lenny Kay in the VIP area, who produced their first album, Stutter.

Booth has a huge presence on stage.  He seemed to lead the crowd in and out of songs, and even pulled a young lady up on to the stage.  Booth seemed to zone in and out; as he became emerged in to the music, it seemed to take over him as he began his infamous dance moves.

The songs had energy and the vocals seemed to have a sense of spirtual wisdom.  An amazing gig, and the crowd were buzzing.  For the hit "Sometimes" the crowd even got involved and began an accappella with Booth’s direction.  The singer seemed geniuenly overwhelmed by the reaction. 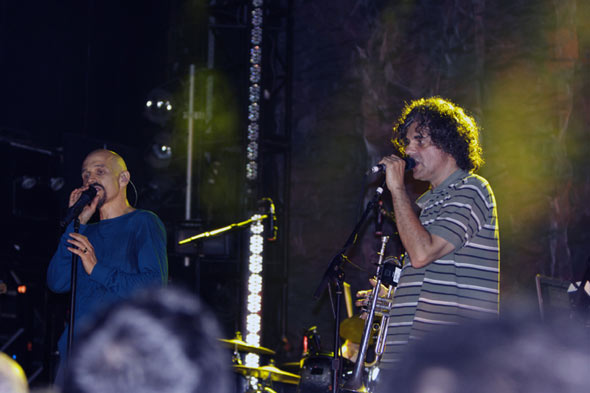 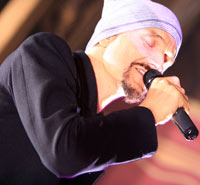 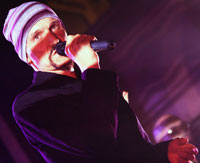 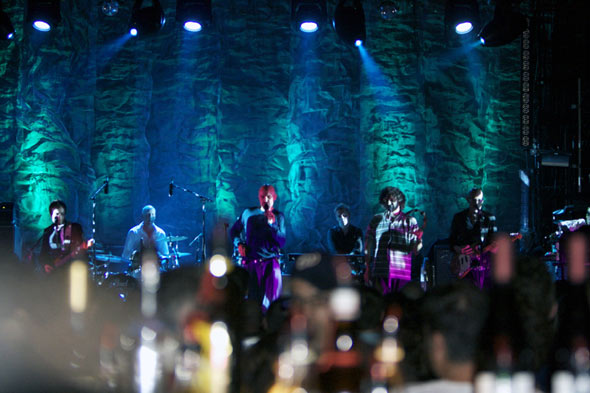