<img src="http://www.qromag.com/wp-content/uploads/2011/02/jamesblakefeb26.jpg" alt="James Blake : Live" />Caught up in a dizzying wave of hype by the British music press, James Blake made his Manchester debut. ... 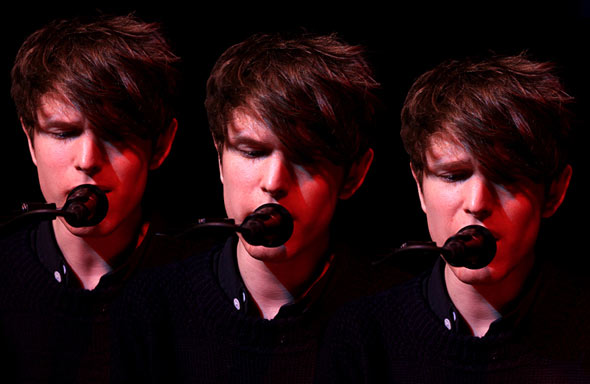 Click here for photos of James Blake at Chicago Theatre in Chicago, IL on October 3rd, 2021 in the QRO Concert Photo Gallery

James Blake is a 22-year-old dubstep producer from London, England, who first came to people’s attention through a series of impressive EPs and a short stint in the excellent post-dubstep duo Mount Kimbie, with his self-titled debut full-length only just out in Britain (QRO review).  Runner up in the BBC’s ‘Sound of 2011’ poll, Blake has been caught up in a dizzying wave of hype by the British music press.  His afternoon show at Band On the Hall in Manchester on Saturday, February 26th was totally sold out, with only 30 tickets on left the door.  Rumours were flying about that people had been queuing to get a ticket since the early morning. 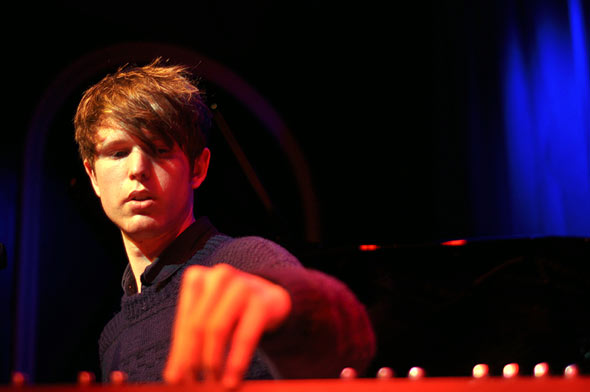 Click here for photos of James Blake at Terminal 5 in New York, NY on May 9th, 2013 in the QRO Concert Photo Gallery

Click here for photos of James Blake at Band on the Wall in Manchester, U.K on February 26th, 2011 in the QRO Concert Photo Gallery

The matinee show was Blake’s debut gig in Manchester, presumably with the full band, which consisted of Blake on a Prophet 8 synth and Steinway piano, the drummer using Roland V kit, and guitarist also tackling sample duties on a cheap Roland sampler.  Blake politely addressed the crowd and was then greeted by some high-pitched microphone feedback.  The question at that point was, is it going be a gig rife with technical problems?  The band kicked in to the first tune, and the crowd seemed taken aback at how good the PA sounded, crisp high-end and huge stomach-rumbling bass.  It seems that the Band On the Wall venue is a perfect setting for getting across the details in the songs, not too big so that the sonics are lost, and not too small to end up in a distorted swathe of noise.

The first song was “Unluck”; it started with a Bill Withers-esque piano motif that slowly skittered and danced around an off-kilter electronically treated beat to great effect – two minutes in, and the crowd was captivated.  James Blake seemed genuinely surprised by the crowd’s warm reception, sipping water from what appeared to be a tea mug.  Blake introduced the next track, “Wilhelm Scream”, much to the delight of the crowd.  This minimal yet compelling piece built up to a dense wall of reverb not dissimilar to the atmospheres found on a Burial or Mount Kimbie record. 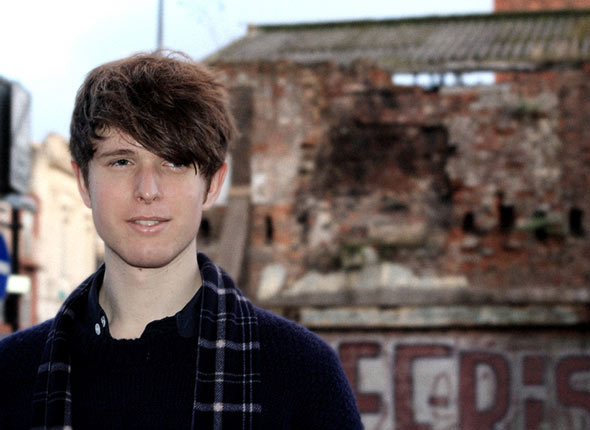 As Blake launched into the multi-layered vocals of “I Never Learnt To Share”, he once again encountered a few technical problems, this time with his boss-looping machine.  Not seeming fazed by this, Blake restarted and nailed the song to astonishing effect.  Having seen lots of artists trying to tackle the art of vocal looping and building harmonies with their equipment, there’s something effortless in the way Blake goes about this.  He’s even incorporated the way-autotuned vocals sound, and uses this approach with his natural singing voice.

The British press seems to love building people up and then ripping them to shreds.  Criticisms have been thrown at Blake for not having developed his song craft and relying too much on the production aspect.  Blake is always eager to point out that his voice coming into the picture was a natural organic progression, and not a calculated move to bring him into the mainstream arena.  With time, Blake will show the potential to become a serious force if he can stick to his own vision and ride the wave of hype that surround him a present.

Blake’s cover of Feist’s (QRO live review) “Limit To Your Love” maybe represented him in a more commercial light to his early releases, but it seems that the need to experiment is still driving the music into interesting places.  The live set up is very simple; this maybe is a result of months spent with Mount Kimbie figuring out how to deconstruct the ideas and present them in a tangible way to an audience.  It seems the months of fine-tuning has paid off, as there is not a laptop in sight.

The band, performance-wise, were visually subdued and let the music do the talking, but that’s not to say there was no emotion, as this was evident in the expressions on Blake’s face.  The audience consisted mainly of female students, sometimes annoyingly chatting through the quieter passages of music. 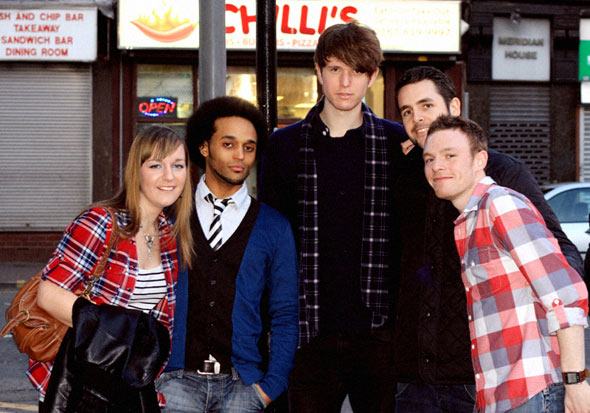 Towards the end of the set, “Limit” started off with Blake on piano, subtle and gentle until the sub-bass kicked in and nearly knocked the drinks from people’s hands.  It is this that sets Blake apart from being just an emotional crooner on with a piano.  Having said that, there is a very soulful quality to his voice. 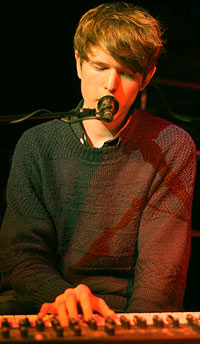 The only criticism of this gig was that it seemed a little short – but it left you wanting more, which can only be a good thing.  Blake came back solo for the encore to utilize the beautiful Steinway piano in the left hand corner for a moving rendition of Joni Mitchell’s “Case of You”, from her magnificent Blue album.  A tall order in itself to pull off a song of such complexity, but this was where Blake’s talents shined as he moved through the piece with ease and an air of confidence that is rarely seen in a man of his years. 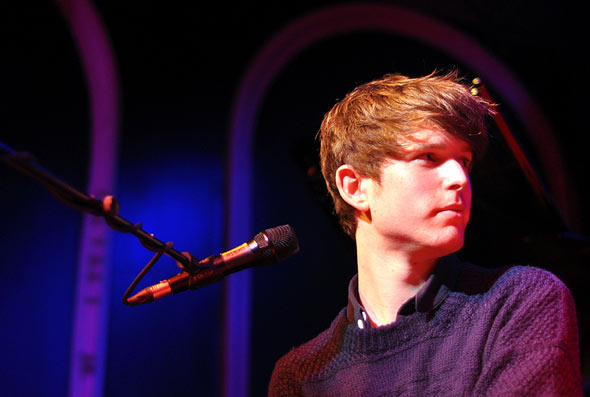