<img src="http://www.qromag.com/wp-content/uploads/2010/10/jamesoct8.jpg" alt=" " />James & Ed Harcourt played at Wonder Ballroom in Portland, OR before a sold out fanatical crowd. ... 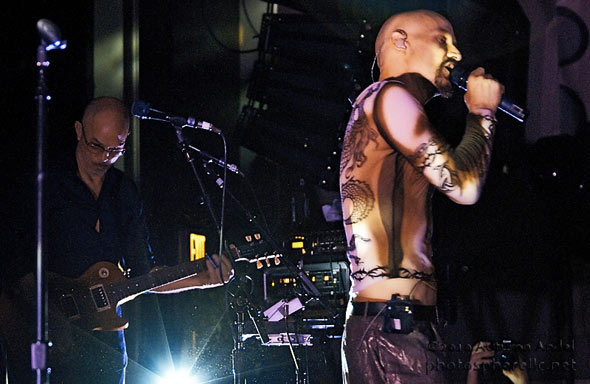 Click here for QRO’s review of Ed Harcourt on an earlier stop on this tour at Webster Hall in New York, NY on September 28th, 2010

James played at Wonder Ballroom in Portland, OR on October 8th, 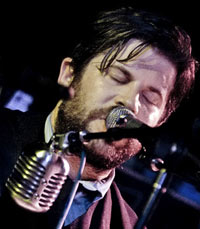 2010 before a sold out fanatical crowd of 780.  The night began with opening act Ed Harcourt.  Now nearly ten years into his solo career, he delivered like the seasoned veteran he is.  Touring in support of his new release, Lustre (QRO review), Harcourt and his rhythm section opened with the title track of that album.  His piano-based pop was lush despite being just a three piece.  His voice is winsome and was ever the gentleman while warming up an audience that clearly was awaiting the headliner. 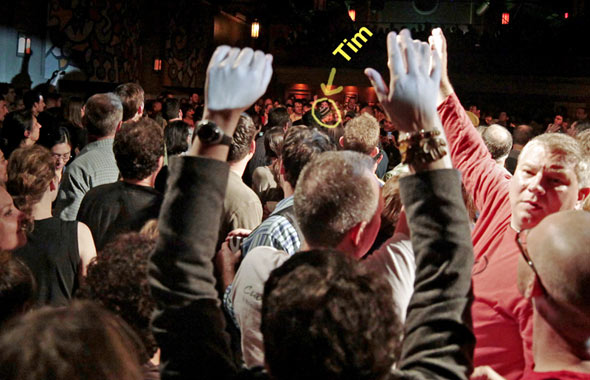 After the break, the lights went down and a spotlight shone up in the balcony on James’ trumpeter Andy Diagram.  As he was playing, an acoustic guitar started strumming and singer Tim Booth began crooning “Sit Down” as he walked through the crowd starting from the back of 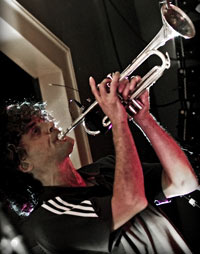 the room.  The audience went absolutely wild singing along and trying to catch a glimpse of him weaving his way through them.  As Booth made his way to the stage, the rest of the band came out to join him.  If this veteran band had any doubts about their future since reforming in 2007, the audience’s rapturous response certainly wiped it away.  Touring behind their two EP’s The Morning After and The Night Before (combined into one album for the U.S. – QRO review), James has seen a dramatic resurgence to their career that seemed over in 2001.  The Manchester band has remained popular in their home country since their inception in 1982, but they never quite broke through in the U.S., aside from three Top 10 placements on the U.S. Alternative Songs chart in the early 1990s (“Sit Down”, “Born of Frustration” and “Laid”) .  So to see an audience as adulating as tonight’s was a sight to behold. 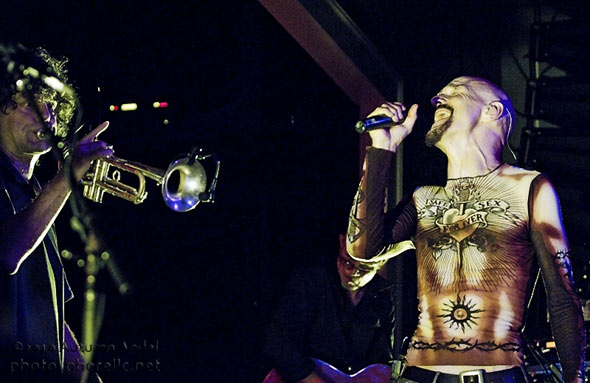 Click here for QRO’s review of James on an earlier stop on this tour at Webster Hall in New York, NY on September 28th, 2010

Many times throughout the evening, Booth would look into the crowd with a sincere expression of gratitude and his hands on his heart.  He appeared very touched by the cheers.  The band played many of their hits and also four new songs that received a warm reaction, especially “Tell Her I Said So” which Booth had written for his 90-year-old mother and “Crazy”.  The rest of the reunited band played with a fervor and it was difficult to pick out highlights, as the whole evening was one in itself.  Aside from the opener, some standouts of their set included “Getting Away With It”, “She’s a Star”, and their early track, “Stutter”. 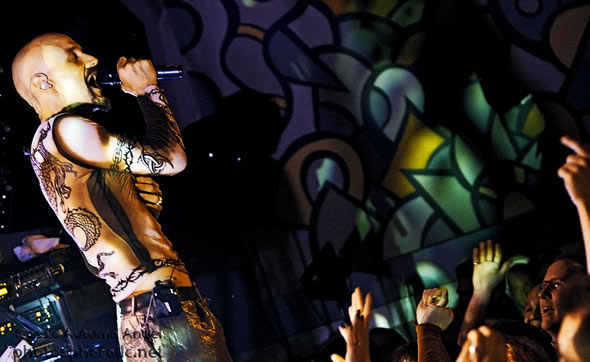 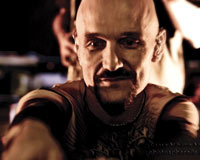 James took a very brief encore and returned with “Laid” and a nearly nine minute version of “Sound”, before stepping offstage again.  They came back and played four more songs to round out the evening.  In their second-to-last song, “Say Something”, as Booth sang, “Your silence is deafening,” the cheering became deafening.  If it weren’t for the house lights going on, the crowd would have forced James to come back out for another set.  This night was a triumphant return for James and a night many will not soon forget. 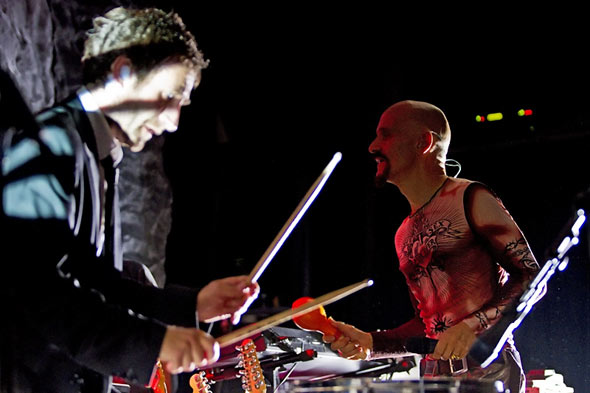 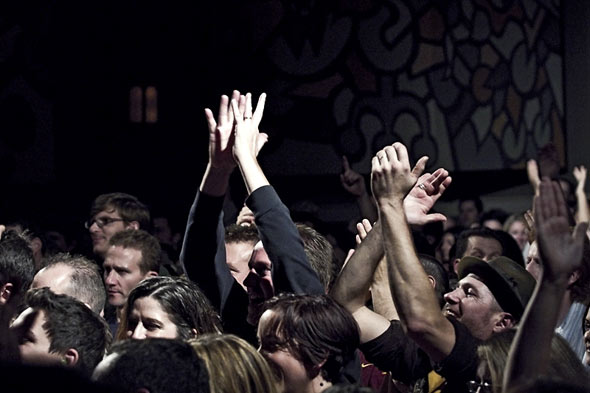