It was a normal Tuesday night in Portland, Oregon. That is, until Jimmy Eat World took the stage at the Crystal Ballroom.... 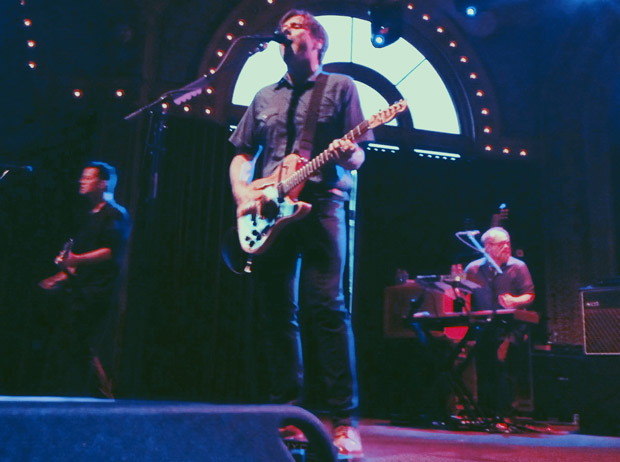 Click here for photos of Jimmy Eat World at 2016 Riot Fest in Chicago, IL in the QRO Concert Photo Gallery

It was a normal Tuesday night, July 16th, in Portland, Oregon.  That is, until Jimmy Eat World took the stage at the Crystal Ballroom.  They simply walked on stage to no intro music and proceeded to rip through a good representation of a career-spanning catalogue, which featured the likes of new songs from this year’s Damage (QRO review) such as opener “I Will Steal You Back”, “Appreciation”, “Damage”, and “No, Never”.  Damage as a whole was good, not great, but Jimmy Eat World is one of those bands that can take any song and pack it full of energy live.  Even if frontman Jim Adkins is the only interesting one to watch…

A lot of the evening’s remainder was 1999’s Clarity-heavy, featuring songs such as “Your New Aesthetic”, “Lucky Denver Mint”, “Ten”, and an absolutely rocking version of “Goodbye Sky Harbor”.  Only two tracks from 2010’s Invented (perhaps a sign of how well that album went over? – QRO review) were featured on the set list.  Those were lead single “My Best Theory” as well as great acoustic album opener “Heart Is Hard To Find”. 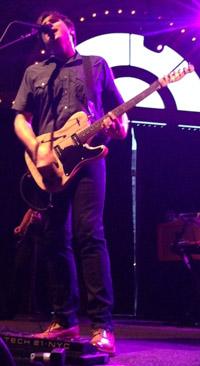 As you probably guessed, the rest of the set consisted of songs from 2007’s Chase This Light (“Let It Happen”, “Always Be”, and the encore-opener title track), 2004’s exquisite Futures (“Futures”, “Kill”, “Work”, and lead single “Pain”), and the ever-popular Bleed American from 2001, whose songs weren’t featured until the latter portion of the evening’s events with the numbers “A Praise Chorus”, “Sweetness”, and “Bleed American” to end the main portion of the set.

Can you guess what the very last song was that was played?  C’mon, you can do it, guess!  Okay fine, it was the ever popular hit, “The Middle”.  Of course Jimmy Eat World ends their shows with this song.  It’s the quintessential career-defining song and they do a great job of paying homage to that.  The crowd doesn’t seem to mind either.

In short, if you’re a fan of this band and have yet to see them live then do yourself a favor before it’s too late and check them out the next time they swing through your city.  Because as great as they are, it’s starting to feel like their on borrowed time.