<div> <a href="features/london_calling_2012_recap/"><img src="http://www.qromag.com/wp-content/uploads/2012/06/londoncalling12.jpg" alt="London Calling 2012 Recap" /></a> </div> <p> Establishing a balanced criteria of what new music to listen to when you're being constantly bombarded with data...

Establishing a balanced criteria of what new music to listen to when you’re being constantly bombarded with data is quite difficult in these times, so a little bit of help from your friends (maybe this would be a good line for a song about friendship…) is good to have some perspective about what to focus on.

So the new edition of the London Calling festival took place, again, at the legendary Paradiso venue in Amsterdam, where some of the best new bands and solo artists coming from England, the rest of Europe, the U.S. and other places gathered to let the audience know about their art, Friday & Saturday, May 18th & 19th. 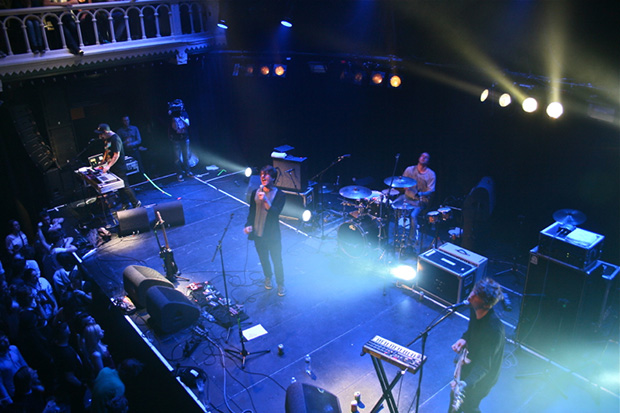 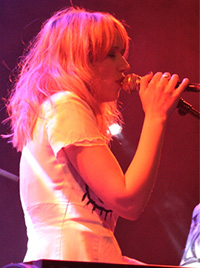 The festival was divided into two days and the first day started at the small room, the same A Place to Bury Strangers used some weeks earlier (QRO review) to promote their current EP (QRO review) and some tracks of their forthcoming third record.

The first band to play was England’s Foe, which is actually Hannah Louise Clark plus a solid band.  The mix of electrics and electro pop sounds on record are not so obvious onstage, where the noise of the band is much louder, rockier and tense, like the one Spain’s Fang used to get, less eccentric and more direct.  The best thing is that they passed the test of being the openers of the festival with a very good mark.  Watch them. 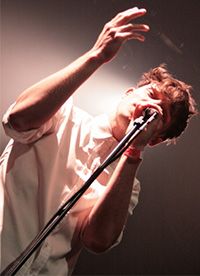 Glasgow’s Kassidy looked like more of a collective than a band, with that unmistakable sense of community.  The had to face a very noisy and talkative audience, like the one you get in Spain, but within three songs, everybody finally stopped chit-chatting and paid attention to a band someone described as being the main threat to Mumford and Sons (QRO live review).  Like the best Felice Brothers (QRO spotlight on) and The Duke and the King, the Glaswegians have all the ingredients to become big without losing authenticity.

Now entering the big Paradiso stage to watch CITIZENS!, the new London sensation produced by Franz Ferdinand’s (QRO live review) Alex Kapranos.  They undoubtedly sound good, with their dance-y pop tunes like “True Romance”, which has a very fun video by the way, but if they want to survive the ‘hype of the year’ label, they’ll have to work at it.  And while Oberhofer displayed their tunes reminiscent of Vampire Weekend (QRO live review) or even a poppier version of The Strokes (QRO album review), in the small 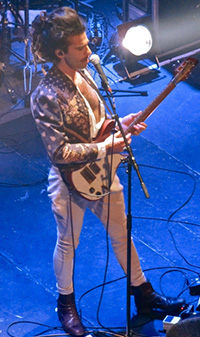 room, King Charles exploited in the lower floor his curious mix of rock, pop, psychedelia and even some hints of soul, not because of the sound but the themes of his music.  With well-controlled bursts of electricity and a fantastic rhythm section behind him, this pirate of the Caribbean has also been compared to the best Prince, proof of his evident savoir-faire.

South East London’s Breton were one of those bands whose sound onstage was almost nothing like on record, more fluent and dynamic than anyone could expect, achieving the same effect their beloved Massive Attack (QRO live review) got when toured Mezzanine in 1998.  Songs such as “Edward the Confessor” or “15x” (this last one beginning awfully close to – oh no – Foals – QRO live review) rapidly moved away from obvious references, making clear they have many paths to follow in forthcoming records.  Really interesting. 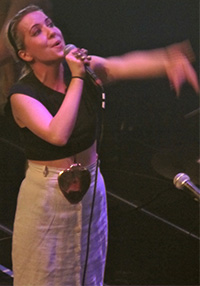 Canadian Claire Boucher, a.k.a. Grimes, overcame the suffocating hit of the upper room of the Paradiso with a gig that proved that she has dominated the art of mixing clumsy rhythms, improvisation, a voice that sounds stronger onstage and a certain taste for radio-friendly tunes.  A prolific spirit that, for sure, who will surprise again with her next artistic step.

And the night was crowned by another Canadian group, Austra.  Katie Stelmanis and co. filled the main stage with their dreamy and somehow baroque synth-pop (to call it some way as some others label it as electro-goth, which sounds worse).  “Lose it”, “Beat and the Pulse” or “The Villain” even though very similar between themselves, can work separately, like different photographs of the same place, of the same object, each of them bringing different light to the same image, different aspects of the same mood.  Alongside Breton and Kassidy, the highlight of the day. 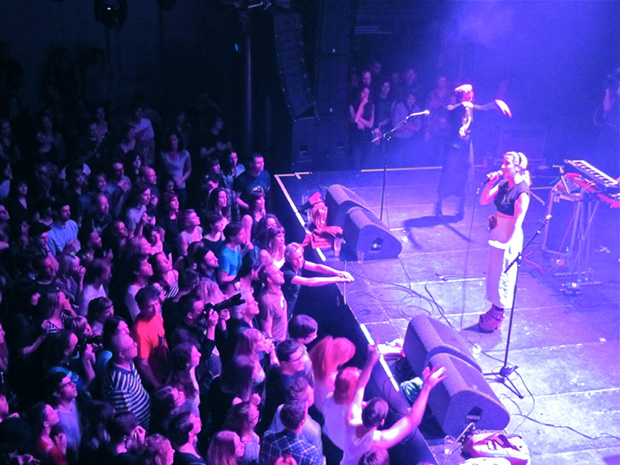 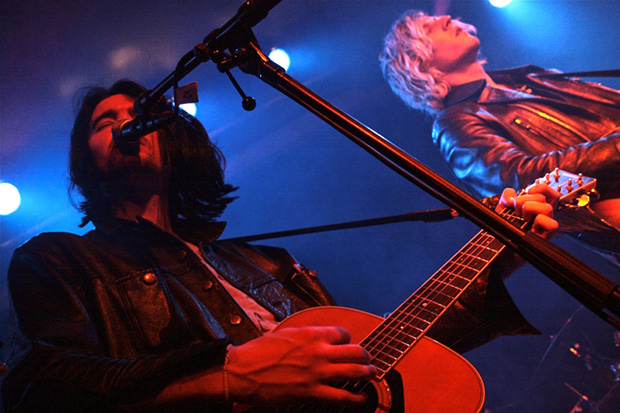 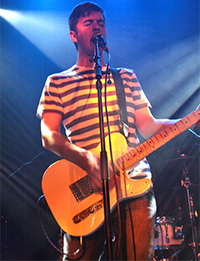 Leeds’ China Rats had the difficult task of opening the second day of the festival, on Saturday, at the same stage Foe did the day before.  The British youngsters play uncomplicated fresh pop, but their debt to Artic Monkeys (QRO live review) seems to be really big.  But as they have just begun, we’ll give them the benefit of doubt.

After some predictable music, a very pleasant surprise.  Chicago’s Willis Earl Beal surprised everyone on the small room with his powerful soul voice and his minimalistic music, like a sort of Tom Waits (QRO album review) who decided to focus only on extremely basic music and structures, as if he intended to draw inspiration from Son House, a man alone, facing the audience.  It didn’t matter he sang out of tune, sometimes, it didn’t matter he was only supported by a reel-to-reel machine or a simple guitar.  Beal 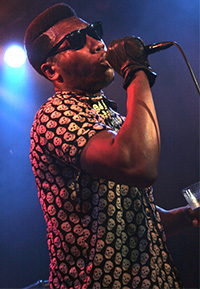 simply took his singing from the guts, staring at everyone through his dark glasses, not giving a real and royal damn about everything else but to express himself.  This is real nowadays soul – the rest of impersonators are nothing compared to him.

Clock Opera have an interesting way of mixing electronic, epic passages and pop melodies.  People say they draw inspiration from Postal Service, the poppiest Dan Deacon (QRO live review), White Lies (QRO spotlight on), Coldplay (really???) or Elbow (QRO album review), but Guy Connelly and his bandmates have enough cleverness to present songs that sound independent enough.  They have all the elements to have a long and prosper career.

Norway’s Team Me may have won the Grammy of their country for ‘Best Pop Band’ in 2011 but their gig was a bit strange.  They have a shiny pop side with 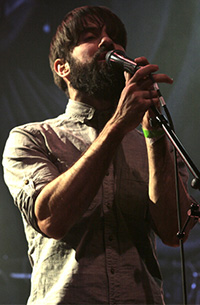 solid tunes like “Patrick Wolf & Daniel Johns” or “Weathervanes and Chemicals”, but their gig was split into two when they played a longer version of their darkest song “Favourite Ghost” executed with great precision, even though the last crescendo made it, perhaps, too long.  Then, it seemed they decide to revert to that shiny side of their music, but with a sort of maturity twist, offering numbers like “Kennedy Street” (one that sounded like a b-side of Arcade Fire – QRO live review), “Show Me” (perhaps the best of the second part) or “Dear Sister”.  All sounded well but seemed to go nowhere.  Maybe the momentum created by the two previous aforementioned gigs played against the Norwegians but they didn’t seem to fully release their potential.

While Danger Mouse-produced Electric Guest displayed an accessible and dance-y pop repertoire (but somehow boring) and Hooded Fang uplifted the mood of those who preferred to stay in the upper floor with their light, 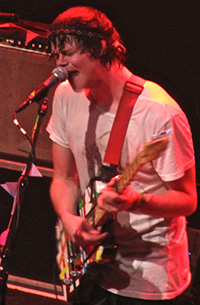 urgent and effervescent (but somehow repetitive) indie rock, we were bracing ourselves for one of the bands recommended by fellow QRO mag contributor Autumn Andel, Porcelain Raft .  Dream electronic pop adapted to an onstage performance with the help of his drummer, Michael Wallace, that gave the songs a deeper feel and that broadened the palette of sounds collected on record.  But there was space for pure electronic sounds, like those of magnificent single “Put Me To Sleep” or adaptations into a more organic electronic feel (so to speak) in “Is It Too Deep For You?”.  The impression is that the live sound is much more developed than the record, that the influences (M83, Ride, or Washed Out – QRO spotlight on) are less present, which tells a lot about the effort Mauro Remiddi is doing to establish a personality of his own. 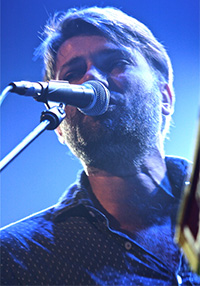 “The first time we were here, we played at the upper floor stage, now we’re one floor down, next time we’ll probably play at the basement and much probably, we’ll end up buried here.”  That was probably the best bit about Spector‘s gig.  Once again, not that they were bad, but too obvious influences such as the Killers (QRO album review), The Strokes, and Kaiser Chiefs (QRO album review) made them too predictable.  Oh, and we forgot Pulp, very good if you like them but there was one Pulp and maybe that’s enough.  Meanwhile in the upper floor, Archy Marshall, a.k.a. King Krule was the opposite pole.  Moddy, or maybe just shy, the Londoner, as some other bands in this festival, sounded, the opposite as he uses to on record, mixing the feel of Ian Dury, some jazz drops, a bit of soul and a portion of rockabilly that gave him and his backing band a fluid sound, clearly tangible on song like “Out Getting Ribs” with an unmistakable night feel.  Another one to watch.  What some imagination can do for a music career, isn’t it Spector?

And, again opposite poles to finish the first London Calling of 2012. 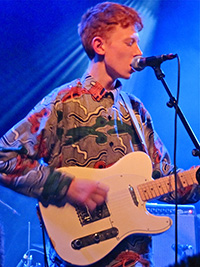 Queensland’s DZ Deathrays and Vancouver’s Japandroids are two combos with the same sort of line-up, guitarist and lead vocalist plus a drummer.  Both bands play adrenaline-filled, physical, sweaty, electric, noisy songs.  But the Aussies are more inclined to shoegaze and metal, whereas the Americans play garage-rock that stares in the eye of Dinosaur Jr. (QRO live review) or Cage the Elephant.  The chaps from down below are more focused on developing the music, the guys from above more in the urgency and the immediacy.  Two sides of the same coin with different results.  DZ Deathrays were interesting but the crowd didn’t respond to them the same way as Japandroids, way simpler and thus ephemeral but with a bigger reaction from the audience.  And different but somehow parallel is the evolution of both bands with yours truly.  Japandroids sounded great once discovered, but their first record, as well as the second, seem repetitive and 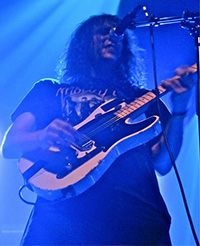 not so detached from what one can hear on a concert.  On the other hand, DZ’s gig was very good indeed, and on record (QRO review) the details and the work they put on every song are even more evident, which leaves them in a good position to evolve and diversify their repertoire.  Certain is that Japandroids seemed to be the triumphant band of the night but we couldn’t help but thinking they looked and sounded disappointing.

But all in all, the first London Calling of 2012 was a good catalogue of new and promising bands and we can’t wait to go attend the second part!! 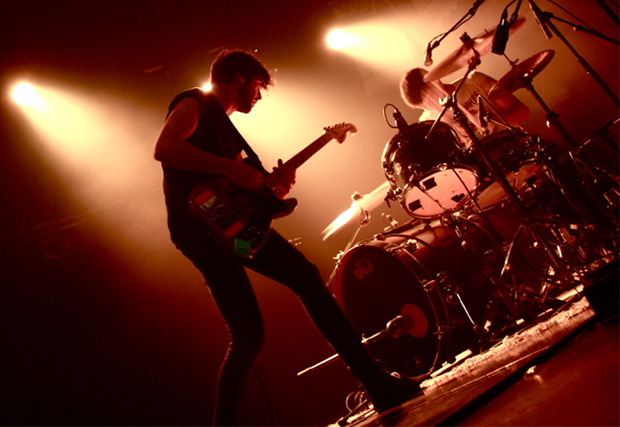